Xi Jinping faces a major dilemma as he tries to balance his country’s economic dependence on Western trade with China’s strategic relationship with Moscow as a counterbalance to the West.

So far, China has been careful not to breach Western economic sanctions against Russia. However, the two countries have been forging closer ties.

The last time the two leaders met, before Russia’s invasion of Ukraine, they released a 5,000-word joint statement declaring a friendship with “no limits” which aired both countries’ grievances towards the United States and its allies.

However, much has changed since this declaration of friendship. Russia has become an international pariah following its invasion of Ukraine – a war which it does not appear to be winning.

This has likely shaken the two countries’ strategic relationship – a defeated Russia benefits the West and becomes less useful to China against its Western rivals. 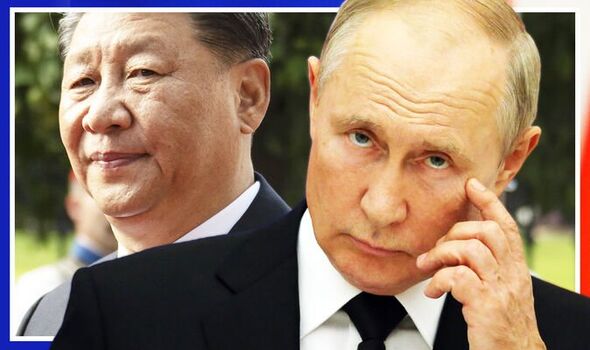 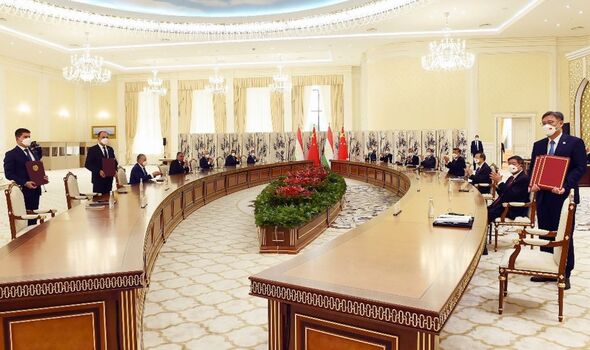 Xi will also have to balance China’s relationship with its Central Asian neighbours, many of whom are weary of Russia’s actions in Ukraine and may feel threatened by them, according to vice president for studies at the Carnegie Endowment Evan A. Feigenbaum.

Writing for the think-tank, he said: “Over the past two decades, the Chinese have invested heavily in a policy that builds strong ties with Beijing’s Central Asian neighbours.

“Those countries, which used to be part of the Soviet Union, are deeply uncomfortable with Russian actions in Ukraine – threatened by them, perpetually under pressure from Moscow, and looking for some breathing space. Kazakhstan, in particular, has found ways to put a bit of distance between itself and Moscow over the war.”

It may be particularly difficult for Xi to bolster his country’s ties to Moscow and by extension Putin, particularly at a moment when Russian forces are floundering in the face of a Ukrainian counteroffensive. 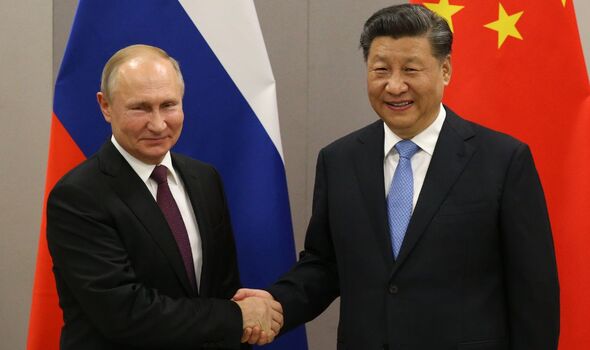 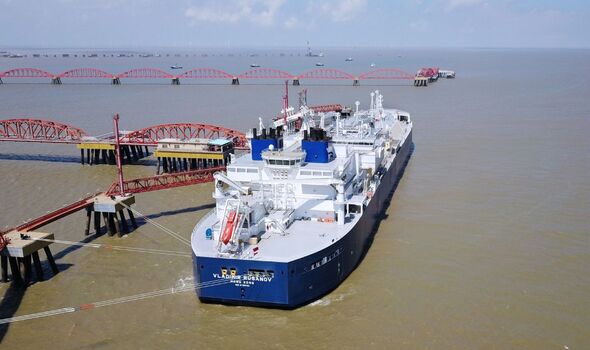 More likely, according to Mr Feigenbaum, is that Beijing will continue to comply with Western sanctions while paying lip service to a Russia-China alignment whose main purpose is as a counterbalance to the West.

Xi also will likely mention “peace” and “stability” in an attempt to assure China’s partners in Central Asia and other parts of the world.

Beijing isn’t likely to overtly support Russia’s invasion for fear of the wrath of Western sanctions but will seek to continue its strategic partnership with Moscow in a delicate balancing act. 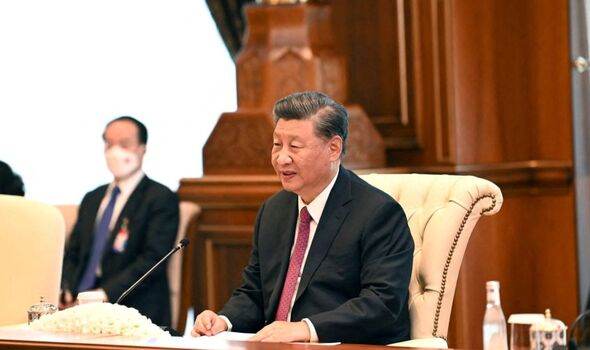 China’s economy is far larger than Russia’s – 10 times the size – and Moscow is becoming more reliant on China.

Chinese imports from Russia increased 80 percent in May, compared with the same time last year – mainly from oil and other natural resources.

Russia has also been investing in China’s currency as its access to other foreign currencies has been limited by sanctions.

Xi must walk a tightrope, balancing China’s strategic alliance with a floundering Russia and its desire to avoid Western sanctions all while placating allies and partners, particularly those in Central Asia who may see Russia’s aggression in Ukraine and have concerns for their own security.