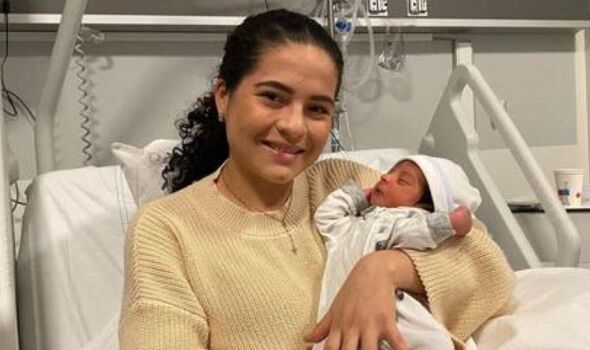 A woman who didn’t know she was pregnant has given birth in a plane toilet. The KLM flight took off with one number of passengers and landed with another.

The pilot was forced to stop for a layover in Amsterdam upon learning of a birth in his plane’s toilet.

The plane landed at Schiphol Airport on Thursday.

Hospital officials later described how Tamara went to the cubicle because she was suffering from a stomach ache.

Then, after a couple of contractions, she “suddenly” had a baby in her hands.

Reports suggest the woman had “no idea” she was pregnant in the first place.

A spokesperson said: “A few hours before landing in the Netherlands, her stomach hurt and she decided to go to the toilet.

“To her great surprise, after two contractions, she suddenly had a baby in her hands.”

They added: “Tamara had no idea she was pregnant and was quite taken aback by the event.”

A number of medical professionals were also on hand during the flight.

These included two doctors and a nurse from Austria, according to the Mirror.

Tamara named her baby Maximiliano after one of the flight’s passengers who stayed by her side.

A KLM spokesperson said both the mother and her new baby are now “doing well”.

They added that the airline is “very grateful” for the medics on board its flight who helped Tamara during her time of need.