The two nations have been in bloody conflict since the start of the year, but both have said that they don’t want war. Ken Cuccinelli, acting deputy secretary of the US Homeland Security Department, in a series of twitter posts that blasted Iran for allegedly delaying the deportation process.

He wrote: “We have 11 of your citizens who are illegal aliens who we have been trying to return to your country.

“You suddenly say you want them back, so how about you send a charter plane over and we’ll return all 11 at once?

“If you’ve been speaking truth these last few weeks and you really do want your citizens back, then stop stalling and send the plane.

“The world is watching, and expecting the usual outcome, namely, that you will do nothing except keep talking.” 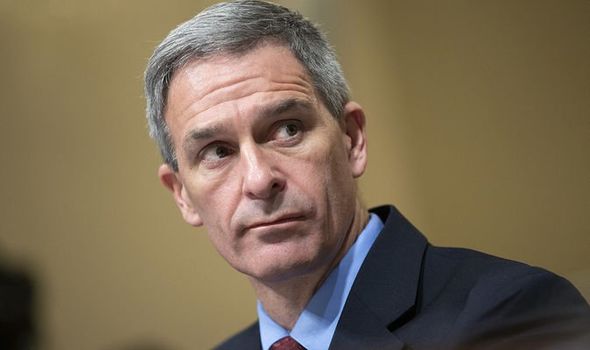 Mr Cuccinelli also said Washington had been Tehran was delaying the process to return Sirous Asgari, an Iranian science professor who was acquitted in November of stealing trade secrets but was still under U.S. custody.

Cuccinelli did not make any mention of a prisoner swap between the two countries that cut diplomatic relations 40 years ago, something that Iranian sources have said was in the works.

“Since September 2018, Javad Zarif has put ‘universal prisoners swap’ on the table, urged US act responsibly about the Iranian hostages in & elsewhere.

“Your regime has reacted callously & risked their lives. 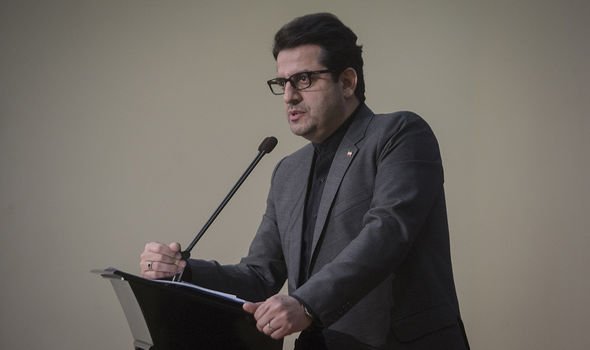 Both the US and Iran have called for the release of prisoners because of the coronavirus pandemic.

Iran is the worst-hit country in the Middle East from COVID-19, while the United States has reported the highest number of deaths and infections worldwide.

Reuters reported last week that the United States was expected to deport Asgari, who tested positive for the coronavirus more than two weeks ago, once he received medical clearance to travel.

Iranian sources have said talks for a prisoner swap between the United States and Iran have been in the works for some time and that Washington was negotiating for the release of Michael White, a US Navy veteran who has been detained in Iran since 2018. 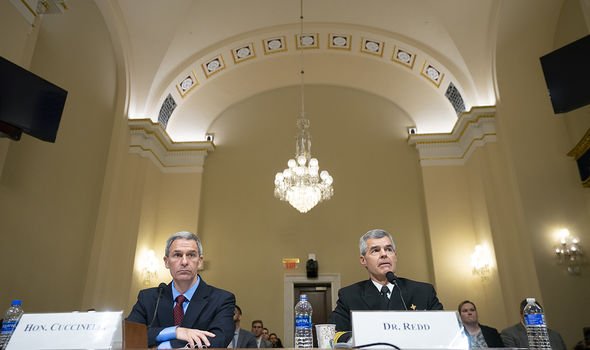 Asgari accused the US immigration authorities of leaving inmates to contract coronavirus in overcrowded and dirty prisons in an interview with the Guardian in March.

He said: “The way ICE [Immigration and Customs Enforcement] looks at these people is not like they are human beings, but are objects to get rid of.”

A professor at the Sharif University of Technology, a public university in Tehran, said: “The way that they have been treating us is absolutely terrifying.

“I don’t think many people in the US know what is happening inside this black box.” 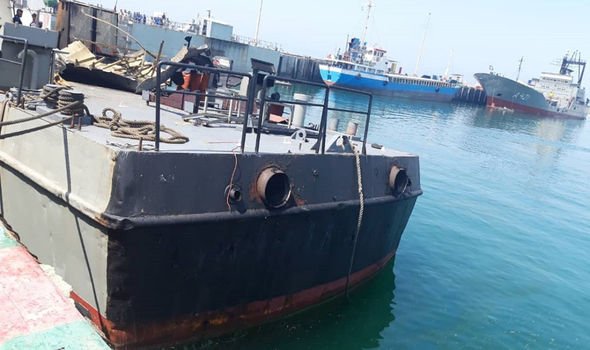 Other conflicts between the US and Iran have arose as at least 19 sailors were killed and 15 wounded after an Iranian missile fired during a training exercise in the Gulf of Oman struck a support vessel near its target.

A statement on the army’s website said on Monday the “friendly fire” accident happened on Sunday near the port of Jask, about 1,270km (790 miles) southeast of Tehran on the Gulf of Oman.

It said: “On Sunday afternoon, during an exercise by a number of the navy’s vessels in Jask and Chabahar waters, the Konarak light support vessel had an accident.

The missile struck the Konarak, a Hendijan-class support ship, which was taking part in the manoeuvres.