WHO head defends handling of coronavirus pandemic against Trump criticism

GENEVA (Reuters) – The head of the World Health Organization gave a strident defence of his agency’s handling of the coronavirus pandemic on Wednesday, in response to U.S. President Donald Trump’s criticism and suggestion that Washington could review its funding for the agency. 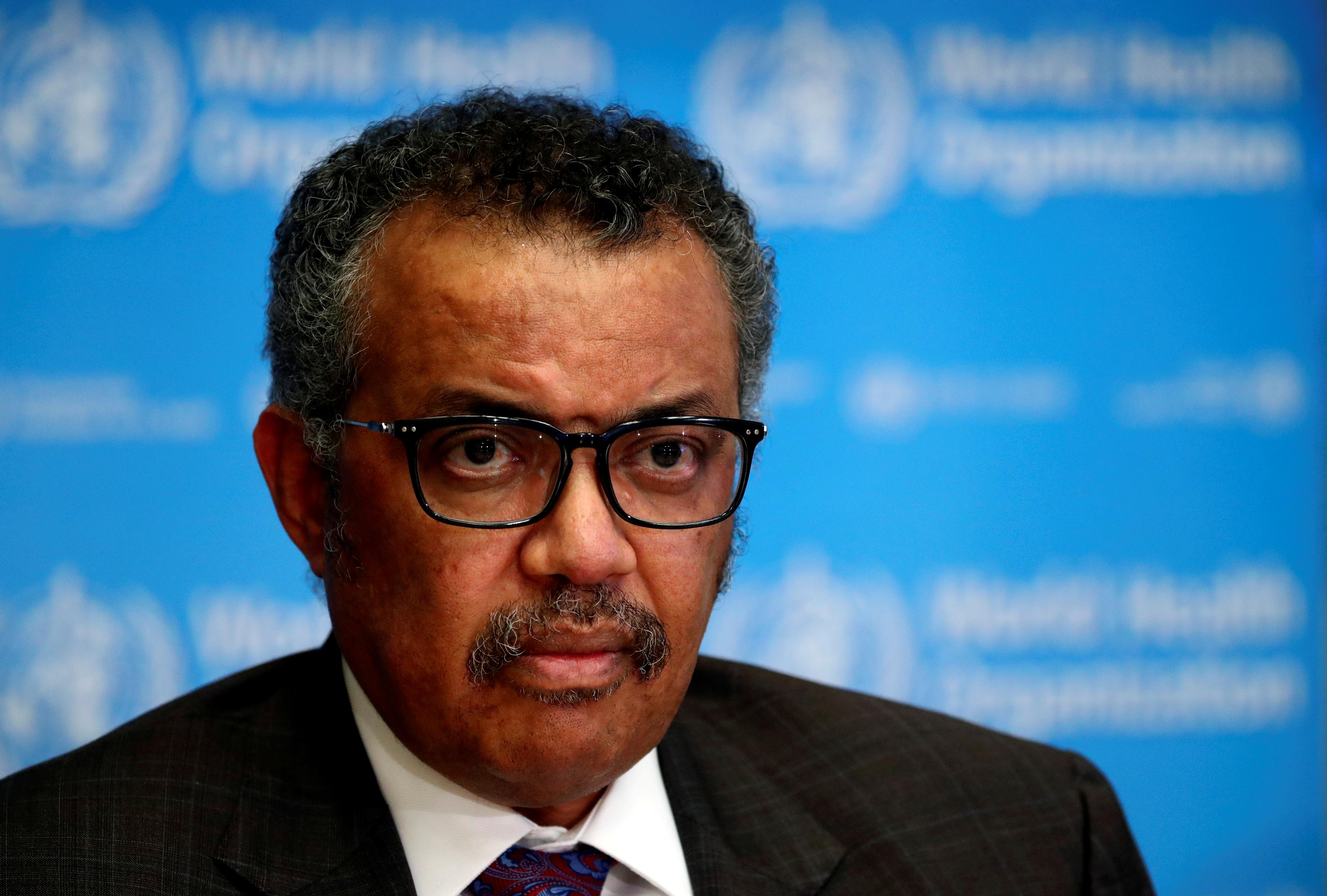 WHO Director General Tedros Adhanom Ghebreyesus repeatedly called for unity and a halt to “politicization” of the global health crisis.

He said that he expected U.S. funding to continue with traditional bipartisan support.

The United States provided more than $400 million to the Geneva-based agency in 2019, according to U.S. figures. The WHO website shows the United States as its top donor, contributing nearly 15% of the budget.

“We have kept the world informed about the latest data, information and evidence,” Tedros said, noting that Thursday would mark 100 days since China first notified the organization of cases of “pneumonia with unknown cause” on December 31.

Tedros, a former foreign minister of Ethiopia, also rejected Trump’s suggestion that the WHO was “China-centric”, saying: “We are close to every nation, we are colour-blind.”

The United Nations agency would conduct its usual assessment of its performance after the emergency and draw lessons about its strengths and weaknesses, Tedros said, adding: “We make mistakes like other human beings.”

“So my advice, three things,” Tedros said. “Please, unity at national level, no using COVID for political points. Second, honest solidarity at the global level. And honest leadership from the U.S. and China.”

“The most powerful should lead the way and please quarantine COVID politics,” he added, referring to COVID-19, the highly contagious, sometimes deadly illness caused by the new coronavirus.

Tedros rejected “racist slurs” against him, which he said had originated in Taiwan, and disclosed that he had also received a death threat during the crisis.

“We are losing people, why would I care about being attacked when people are dying?” he said, noting there were already “60,000 body bags” after more than 1.3 million infections.