Ukraine: Russian tanks appear to be targeted by secret service

Footage shows the Security Service of Ukraine (SBU) conducting drone-dropped munition strikes against three Russian infantry fighting vehicles (IFVs) and one state-of-the-art main battle tank (MBT). The unsuspecting vehicles appear to be sitting stationary as the drone scopes out the area from above. The footage slowly pans from one tank to another, with each exploding into a fireball after a successful strike.

The SBU is based in Kyiv and is the law enforcement authority and main intelligence and security agency of the Ukrainian government.

It specilaises in the areas of counter-intelligence activity and combating terrorism, as well as operating its own special forces unit, the Alpha Group.

The strikes will cause further concern for Vladimir Putin as Russian forces continue their offensive in the east and south of Ukraine.

Though they have made slow advances into the country, capturing Severodonetsk last week and then Lysychansk over the weekend, they have suffered major equipment and personnel losses in the process. 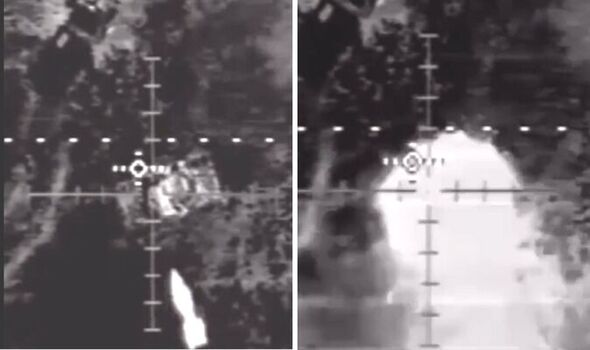 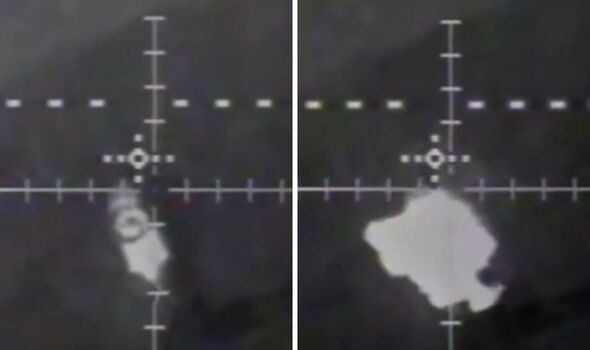 But Putin seemed undeterred by the difficulties facing his forces, saying today that if the West wanted to defeat Russia on the battlefield, it was welcome to try.

Russia was just getting started in Ukraine, Putin said in a hawkish speech to parliamentary leaders, and the prospects for any negotiation would grow dimmer the longer the conflict dragged on.

He said in a televised speech: “Today we hear that they want to defeat us on the battlefield.

“What can you say, let them try. We have heard many times that the West wants to fight us to the last Ukrainian. 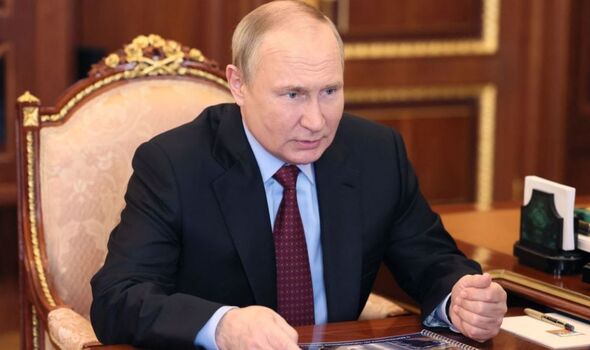 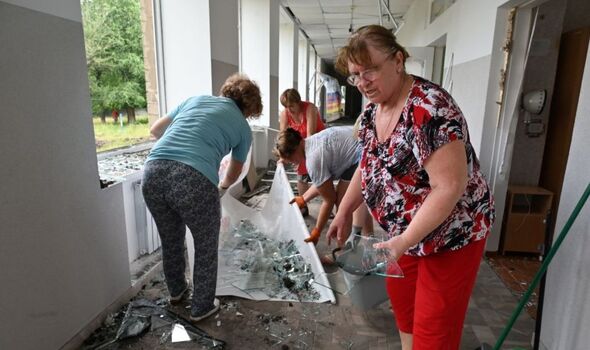 “This is a tragedy for the Ukrainian people, but it seems that everything is heading towards this. Everyone should know that, by and large, we haven’t started anything yet in earnest.

“At the same time, we don’t reject peace talks. But those who reject them should know that the further it goes, the harder it will be for them to negotiate with us.”

Meanwhile, Ukrainian officials reported that three people had been killed and five wounded in the northeastern Ukrainian city of Kharkiv after Russian forces fired rockets at the district.

Governor Oleh Synegubov said: “Three civilians were killed and five were wounded as a result of shelling of the Nemyshlyan district.” 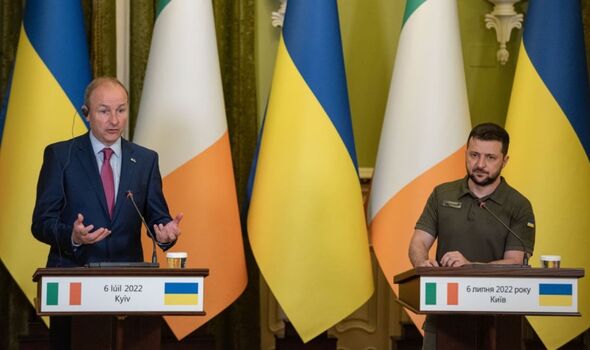 Earlier, Irish premier Micheal Martin said it was difficult to comprehend the level of cruelty that has been widespread in Ukraine following his visit to the war-torn country on Wednesday to meet President Zelensky.

He spent a day witnessing the devastation inflicted by invading Russian forces in the conflict-scarred suburbs of Kyiv that have borne the brunt of the offensive on the city, as well as partaking of a tour of the site of a mass grave in the grounds of a church in Bucha.

He said today: “We met, first-hand, many communities who have been very traumatised at the level of atrocities that were carried out on their peoples by Russian Federation soldiers in Bucha and Borodyanka.

“It was very difficult to comprehend the level of cruelty and inhumanity that happened and that continues to happen in Ukraine.”