Warm southernly winds from Europe will make the mercury jump next week, with some areas of the UK set for temperatures well into the double digits. However, the BBC has warned some “stubborn” fog will remain, especially during the night.

BBC meteorologist Tomasz Schafernaker said temperatures will be “on the mild side particularly across southern and central areas of the UK”.

He warned Sunday will see rain at some points of the day, but not constantly.

Mr Schafernaker said: “The rain and cloud that comes in on Sunday will be patchy.

“It won’t be a wall of rain, it won’t be raining all the time. 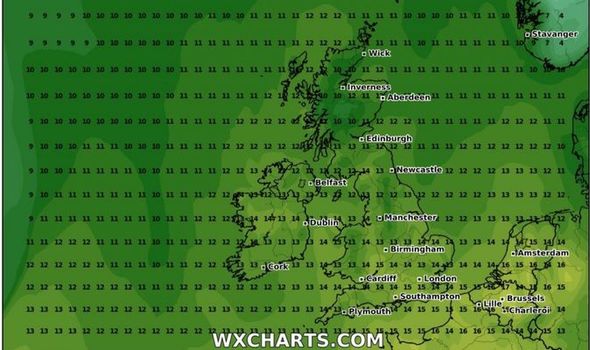 “And next week, we need to focus on the direction of the winds.

“They are mostly coming in from the south.

“Computer models are suggesting temperatures will be above average for this time of year.

“Double figures across the board, with a round 17C in London on Monday.” 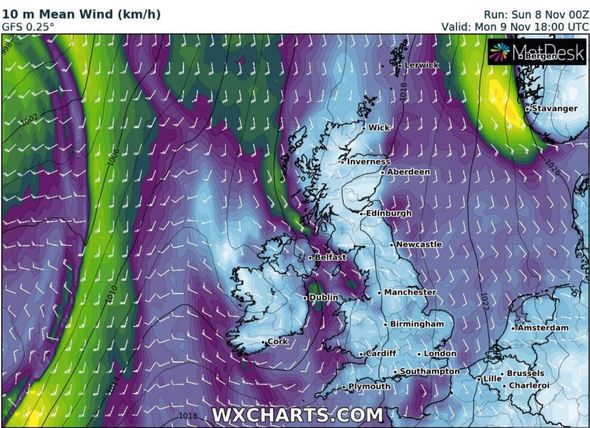 But the weather conditions will take a turn during the second half of the month.

The BBC’s prediction spanning from Monday 16 November to Sunday 29 November forecasts “warmth lingering” before “a chance of colder air later”.

It also warns of “the potential for wintry showers” in cold days and even lower temperatures in the evening. 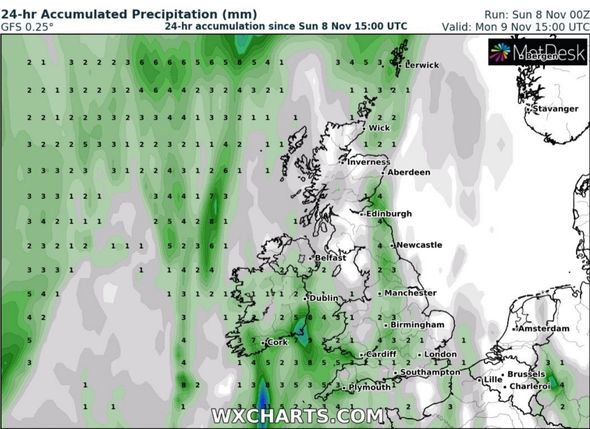 The BBC stated: “Low pressure systems should be steered southwards over Scandinavia and eastern Europe, pulling down pulses of colder air towards the UK.

“This increases the likelihood for some frosty nights, cold days and the potential for wintry showers but brief milder, wet and windy spells in between.”

It added: “There are a couple of possible alternate scenarios. 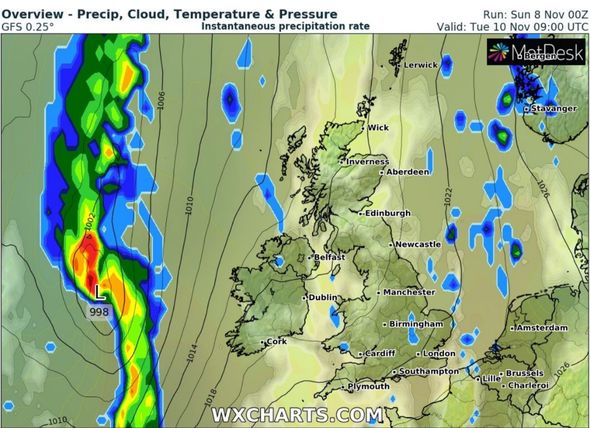 “One is that the Polar Vortex remains strong and induces more of a westerly regime with low pressure systems bringing occasionally wet and windy but mild weather across the UK.

“This is about a 30 percent chance.

“On the other hand, there is a very small risk, no more than 10 percent, of high pressure building over Scandinavia and bringing much colder easterly winds.”