Rain and snow are expected to cause chaos in Scotland, according to the Met Office, who has placed yellow warnings have been put in place for Sunday and Monday. From 6pm on Sunday, Met Office forecasters predict heavy rainfall, up to 80mm, in North Argyll and parts of western Scotland, with melting snow and heavy downpours likely to cause flooding. The warning will stay in place throughout Monday, with eastern Scotland also likely to see snowfall.

For Sunday, the Met Office writes: “Rain will become persistent and heavy at times during Sunday, continuing on Monday.

“Rainfall accumulations of 60 to 80mm are expected over high ground. In addition, there will be a thaw of lying snow adding to the flooding and travel difficulties.

“The rain will turn back to snow on high ground from the north later on Monday before clearing.”

The Met Office warnings for Monday read: “Outbreaks of rain will turn to snow across North Highland during the morning, then parts of Strathspey, Moray and western Aberdeenshire in the afternoon. 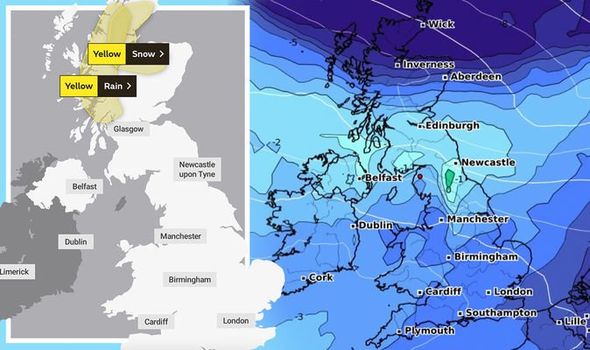 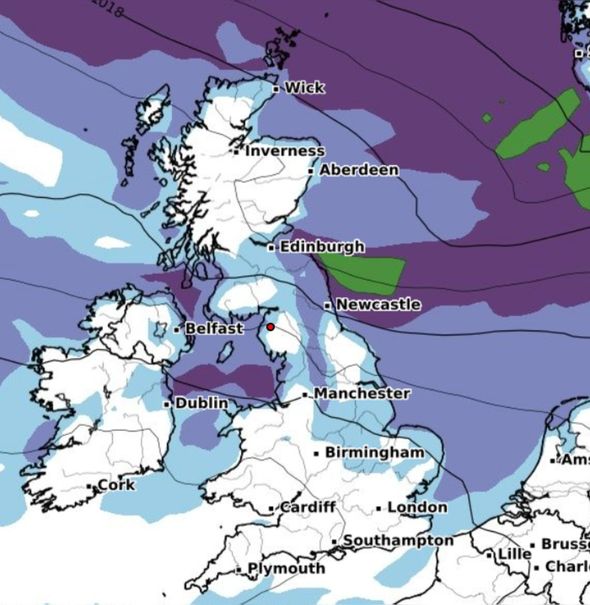 “This is likely to bring 2 to 5cm of rain on higher ground above 150m and perhaps up to 10cm on highest roads above 300m, while one or two cm could accumulate at low levels in places.

“Drier, clearer conditions following from the north in the afternoon and evening will then lead to a freeze and some icy stretches.”

People in areas with frost and ice are being urged to watch out for injuries from slips and falls on hazardous conditions.

Motorists have been warned of treacherous conditions while driving, with delays to public transport likely as a result. 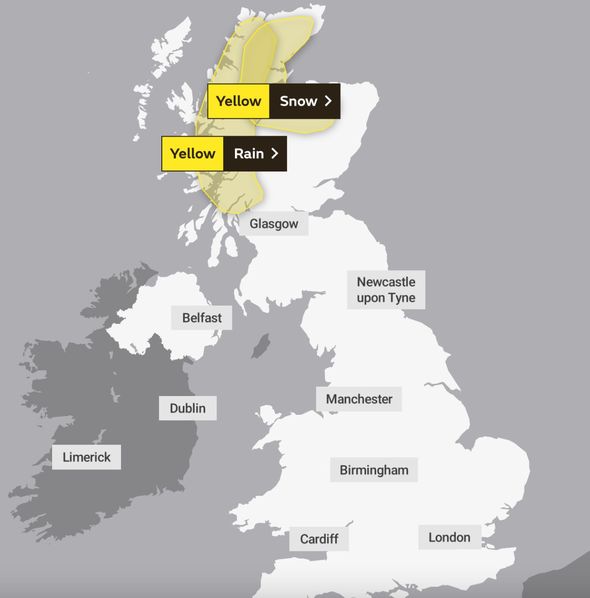 RAC worker Ben Aldous said: “Fog, ice and in some places snow are the enemies of drivers.

“In order to avoid falling foul of the conditions, it’s important for motorists to adjust their driving style to suit the conditions.

“Being gentler on the throttle and brakes, and slowing down particularly on rural or un-gritted routes can help ensure a safe and trouble-free journey.”

Mr Aldous also urged drivers to check their tyres have enough tread and are properly inflated and that windscreens are “completely cleared of ice and snow”. 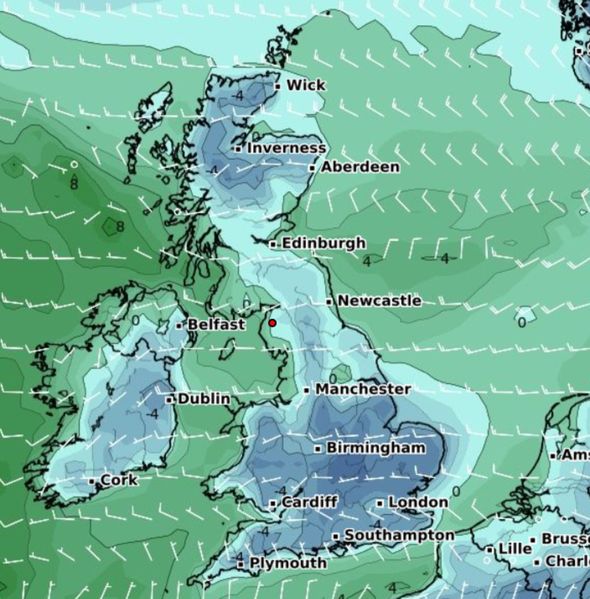 The warnings come as temperatures have seen a drastic drop all over the nation in recent days.

A major Sudden Stratospheric Warming (SSW) event is developing high above the Arctic, similar to the one which triggered the Beast from the East in 2018.

The unexpected weather pattern could mean the whole country being blanketed in snow and sub-zero temperatures by the end of the month.

Simon Lee, an atmospheric science and weather forecasting researcher at the University of Reading, said: “A weakening of the jet stream often occur after an SSW, meaning the UK is now more prone to outbreaks of colder weather from the north and east than it was before.

“A weakened polar vortex can last for up to two months, so there is an increased likelihood of colder, drier, weather occurring in Europe sometime in the next four to six weeks due to weaker Atlantic westerly winds.

“This also means we are less likely to see the kind of windstorms and heavy rainfall associated with a strong jet stream that we experienced last winter.

“Last winter, the polar vortex was unusually strong, and we saw a very wet and mild winter with several major storms, such as Ciara and Dennis.”

Temperatures are expected to drop as low as -9C in northern parts of the UK on Sunday night, before a break from the cold snap is expected to roll in next week.