With two bank holiday weekends in the calendar for May, Brits are hoping for a repeat of April’s sunny bank holiday scorchers.This week some parts of the UK could see temperatures over 20C, but forecasters predict the warm weather will be temporary with a cold snap en route.

Met Office meteorologist Marco Petagna told the Standard: “There will hardly be a cloud in the sky and lots of sunshine today for most of the UK on Wednesday.

“But on Thursday there will be an east-west split. There will be showers across parts of Wales and the southwest.

“Further east it will be generally fine with sunny spells. Top temperatures could get to 22C in parts of England.”

On Friday some parts of the UK, including London and the south, could see highs up to 25C. 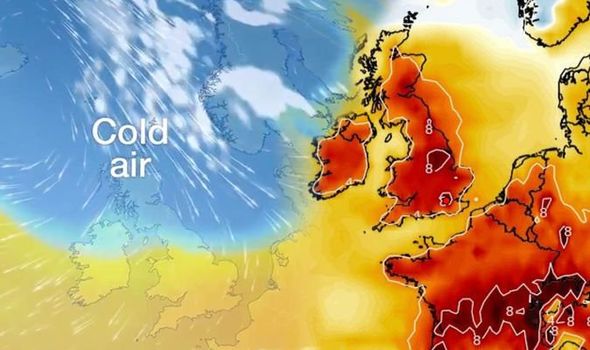 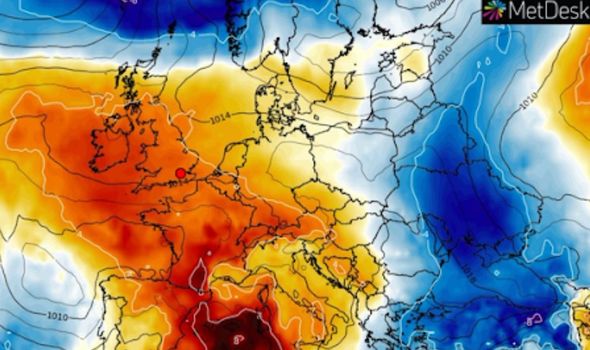 However, while forecasters are confident there will be warmer temperatures in the earlier part of the week, the heat is not expected to last for long due to a “cold front”.

BBC forecaster Ben Rich said: “This frontal system, a cold front, will sink its way southwards, introduce cold air for all of us and, yes, the potential for some wintry showers.

“Many places will stay dry through the weekend, but where southern parts will get into the 20s again on Saturday it is much much colder for all of us for the second part of the weekend.”

The Netweather forecast explains a “colder Arctic flow” will be making its way across the UK this weekend. 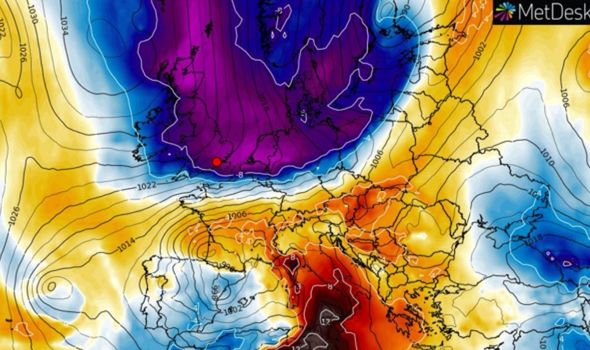 The forecast reads: “By the weekend, a colder Arctic flow will be making its way towards Scotland.

“It will be noticeable by Saturday morning with lower temperatures for eastern Scotland and NE England with a brisk wind off the sea.

“Southern Britain will have another warm day, into the low twenties before a frontal band of cloud and patchy rain works its way southwards.

“By Saturday evening there will be a brisk wind making everywhere feel cooler.

“During Saturday night colder air moves down over Scotland with a frost and snow showers for the Scottish mountains, into the Pennines by Sunday morning.

“Another band of rain and cloud will be lurking over northern France into the Channel which could push northwards bringing rain to southern Britain by Sunday but the cold flow from the north may keep that at bay.”

On Sunday highs of 15C are expected in the south, while highs of 9C in Scotland and Northern Ireland are predicted.

The colder weather is also expected to take hold in the early days of next week.

According to WXCharts, which use data from MetDesk, the highest temperatures in the UK on Tuesday are likely to be around 11 to 12C. 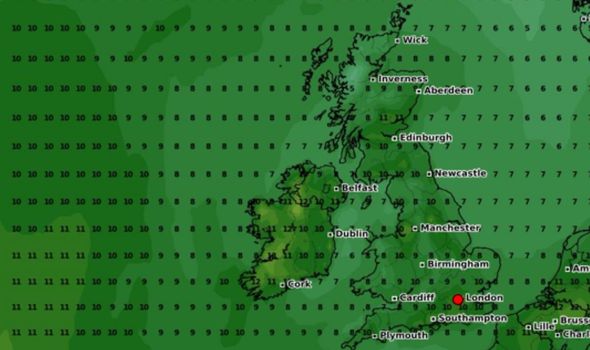 “Dry and sunny for most places and feeling warmer yesterday away from windward coasts.

“Cloudier across south-west England, with a few showers at times across the far west of Cornwall.”

“Dry and clear for many places, occasional rain in west. Rather cold across central and eastern areas with a frost in places, and also a few mist or fog patches.”

“Dry and sunny for many but isolated sharp showers during the afternoon.

“Cloudier in the west with occasional showers, these heavy at times especially over Northern Ireland.”

Outlook for Friday to Sunday:

“Turning much colder from the north over the weekend, with wintry showers developing in the northeast.”