The UK has witnessed the arrival of Storm Ciara, Storm Dennis and Storm Jorge this year so far. And while there’s no indication of another named storm this weekend, parts of the UK could witness wet and blustery weather conditions.

This weekend, much of the UK is forecast to see strong winds and rain which could continue into next week, according to weather maps.

She said: “Friday night we will see a band of rain coming into the west, moving eastwards. 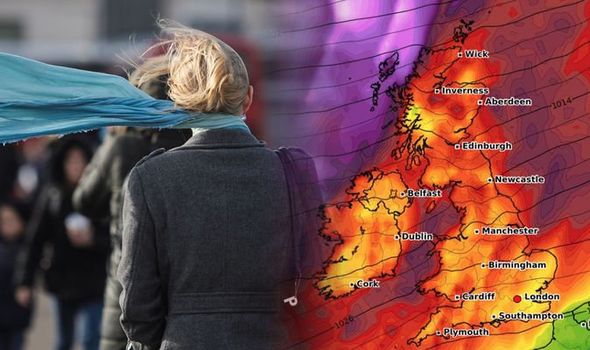 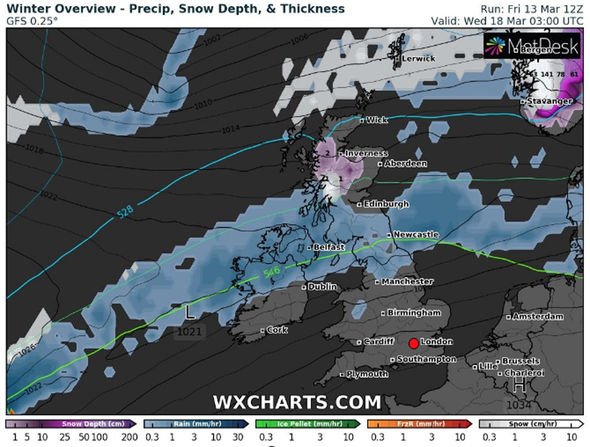 “That doesn’t look too heavy but on Saturday morning the wind will pick up.

“I wouldn’t rule out a warning being issued for the weekend, through Saturday night and Sunday.”

WXCHARTS maps, which use data from MetDesk, show winds beginning to arrive to the west of the UK on Sunday. 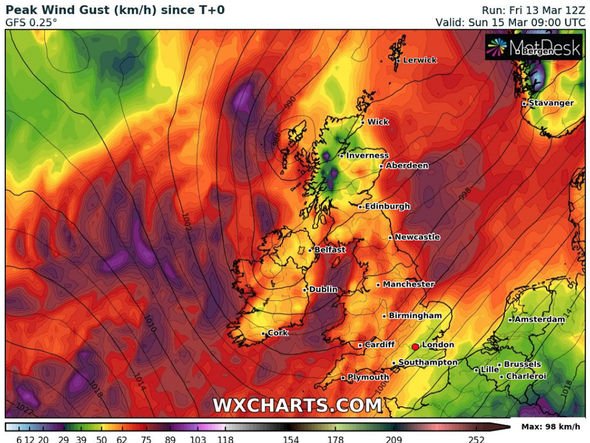 By early next week, some parts of the UK are yellow on the forecast chart, indicating winds of up to 31mph (50km/h) could be possible in some regions.

For other areas which are red on the map, winds up to 38mph (62km/h) could be possible.

Winter overview maps for next week also show some regions could see rainfall.

This Evening and Tonight:

“Some snow on high ground of Scotland for a time.

“A touch of frost across eastern and northern parts lifting by morning.

“Breezy with coastal gales in the far north.” 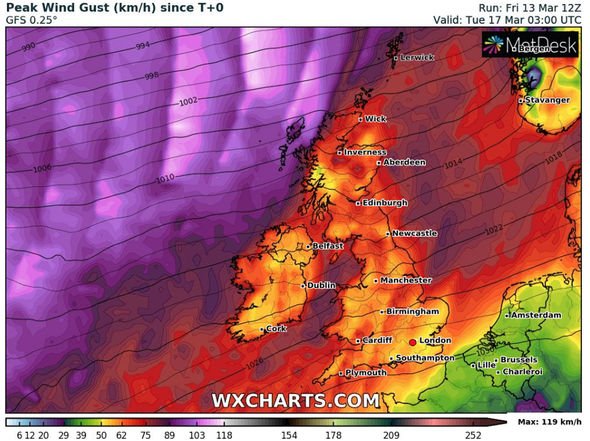 “A cloudy start for most with some showery rain, becoming brighter for a time before further wind and rain arrives in the west and north through the afternoon. Breezy.”

Outlook for Sunday to Tuesday:

“Monday mainly dry and sunny after a cold start.

“Wet and windy across the northwest Tuesday.”