Snow, rain, floods and ice have dominated the winter weather so far, and it looks like the UK haven’t seen the last of the cold. Maps from Netweather and WXCharts show heavy snow hitting parts of the UK in the next few days.

However, looking further ahead, warmer temperatures are on the way with predictions of mid-20C across the Easter holidays.

Brian Gaze, a forecaster for The Weather Outlook, said: “Long-range forecasts show 24C would be expected from later in the Easter period

“South-westerly winds are likely to pull up subtropical air at times.

With models strongly backing a warm spring, the record for the hottest spring is expected to come under pressure.” 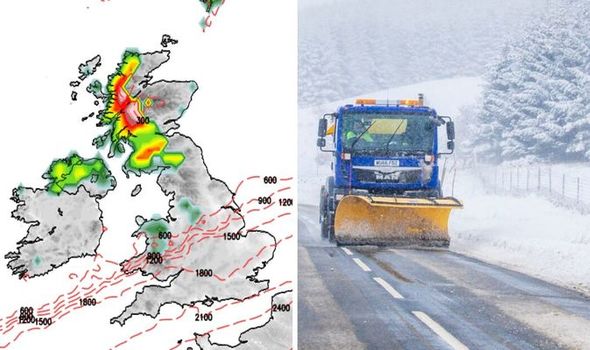 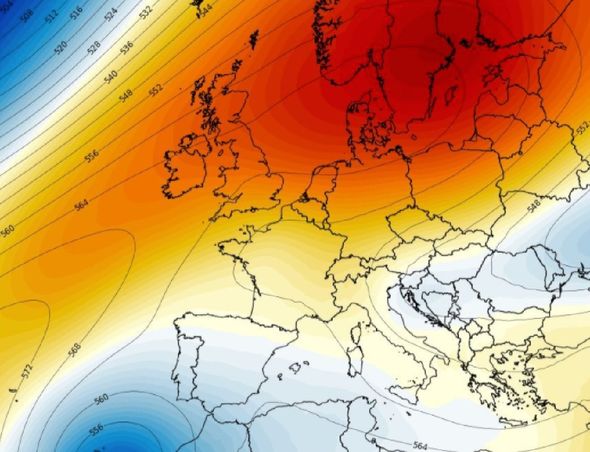 Charts also show flurries over Wales and the Midlands, as well as Northern Ireland.

This is forecast over Wednesday evening and into Thursday. 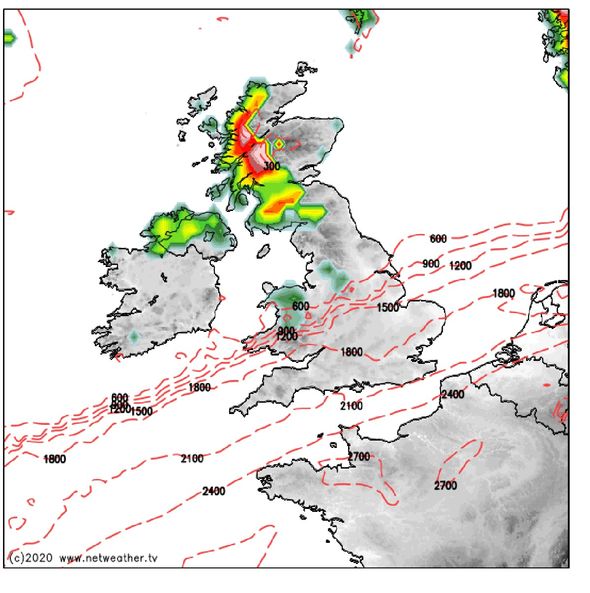 Met Office meteorologist Alex Burkill said: “Across England and Wales, throughout the day it’s a cloudy picture, with some rain pushing southwards but it will not be especially heavy.

“Temperatures here could reach highs of about 15 to 16C.

“Further north there will be sunny spells and showers that will be heavy at times, with sleet and snow particularly on higher ground in Scotland.

“It’s a split picture. Northern parts will see highs at best of about 9C.

“Scotland, northern England and Northern Ireland, and also northern Wales, will on Thursday night see temperatures drop quite a bit below freezing – hitting lows of about -6C before Friday morning.”

Looking forward, if temperatures do reach 24C as Mr Gaze predicts, this could make for the warmest Easter on record.

Bookmakers Coral have cut their odds on this spring being the warmest on record after the deluge of rain which fell this winter.

Coral spokesman Harry Aitkenhead said: “Sunshine is bringing some much-needed respite from the rain for the UK and we’ve slashed the odds on this spring breaking the record as the warmest we’ve ever had.

“Fingers crossed for a scorching Easter.” 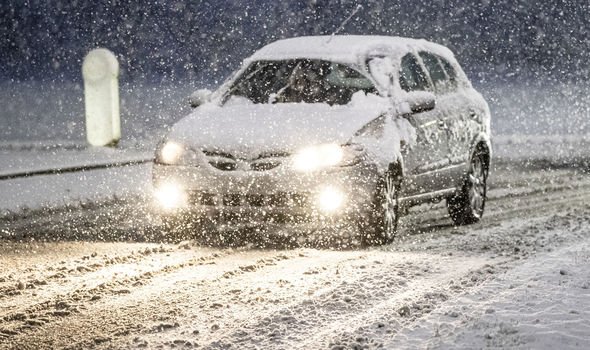 Early cloud and rain over parts of northern England, Wales and the Midlands gradually sinks southwards, not quite reaching the far south of England where mild.

Evening cloud and rain over parts of Wales and eastern, central and southern England sinks southwards into southern UK.

Southern UK mostly cloudy with rain at times, mainly south Wales and southwest England. Brighter and a little on the cold side with a few showers elsewhere, showers mainly Scotland.

Outlook for Friday to Sunday

Settled for many with sunny spells though rather cold with overnight frosts and a chilly breeze. Cloudier at times in the south and west with a chance of rain.