From tomorrow, a large plume of hot air is set to strike the country bringing with it scorching temperatures which will last throughout the weekend. Britons across the country have been left disappointed this week as large areas have been covered in grey cloud but the Met Office has warned temperatures will rise rapidly on Friday. Met Office meteorologist, Nicky Maxey said: “The sunshine is back over the next few days.

“Friday looks like it’s going to be the hottest day, but temperatures will still be high across the weekend.

“There is a warming trend in the south later this week, certainly by the end of the week and into the weekend, with temperatures back up to into the high 20s, if not higher.”

Although the forecaster warned there will be some early morning cloud, from tomorrow afternoon large areas of the south east will see temperatures hit the high 20s. 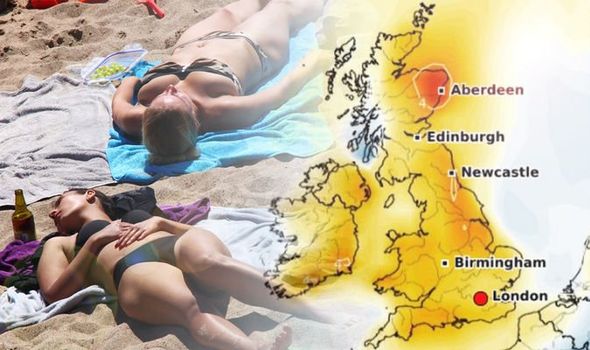 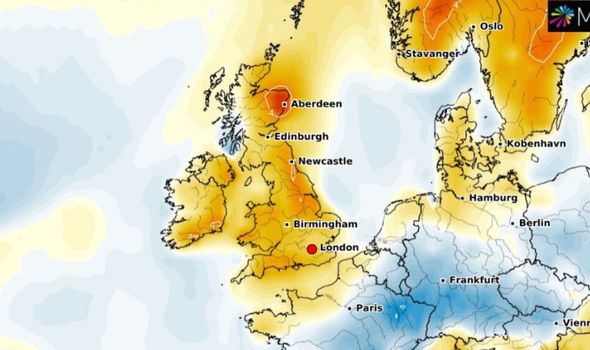 Those high temperatures will remain in the south as Britons finally see conditions return to normal for the time of year.

Due to the large band of blistering weather, the Met Office has also stated the mercury could rise to 30C in some areas.

In the north, temperatures will remain high, with many areas seeing the heat rise to the mid 20s on Friday afternoon.

Although the warm weather will return for many, the Met office did also warn of a band of wet weather hitting the far north of England and parts of Scotland.

For Northern Ireland too, the Met Office has stated there will be outbreaks of rain throughout Friday.

Commenting on the forecast, Met Office’s Greg Dewhurst said: “There’ll be grey cloud in the Southwest which should burn back quickly to allow blue skies to return.

“This frontal system slowly pushes southwards during the day so we’ll see outbreaks of rain at times.

“It will move across Northern Ireland, southern Scotland, northern England and perhaps fringing with North Wales. 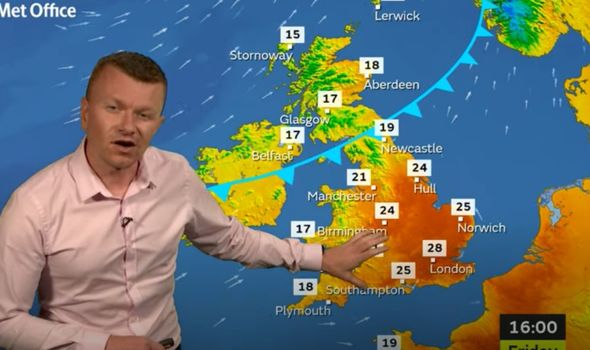 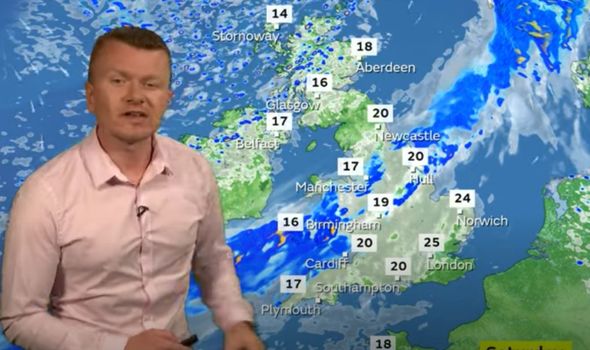 “But to the south in that sunshine a hot day to come with temperatures reaching the mid to high 20s, 28 possibly 29C towards the southeast.”

Through Friday evening, the band of wet weather will remain for many in the north and Wales.

However, temperatures overnight will remain high on Saturday morning with an average of 15C for the UK.

On Saturday afternoon, the south-east will retain the best of the sunshine, avoiding the cloud for many parts of the country.

London will see the highest temperature of 25C on Saturday due to the burst of heat.

Although some areas may be overcast, temperatures will remain warm with an average of 20C across the north and Midlands.

The forecaster has also reported the hot weather will remain throughout Sunday.

There will be some showers in the north on Monday but for many, the hot weather will continue. 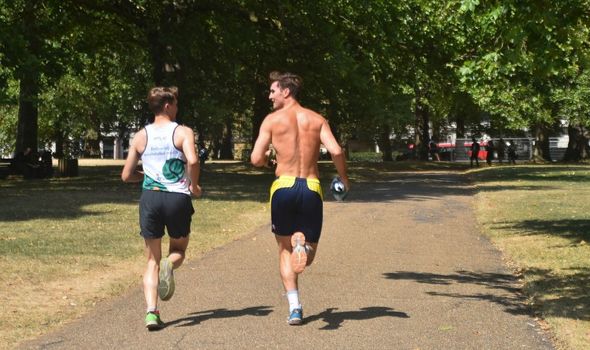 Beyond next Monday, the Met office predicted: “Temperatures around average in the south, but slightly below elsewhere.

“Most areas will be mostly dry into the middle of next week, beyond which it is likely that the settled conditions will continue for many central and southern areas, bringing dry weather and sunny spells here.”