The President of the United States warned more troops could be sent to cities such as New York, Chicago and Philadelphia following spikes in crime. On Sunday, Mr Trump published a string of tweets branding the demonstrators in Portland as “anarchists”, while reinforcing his position on the deployment of federal troops to the city.

The President wrote: “We are trying to help Portland, not hurt it.

“Their leadership has, for months, lost control of the anarchists and agitators.”

He added: “They are missing in action. We must protect Federal property, and our people.

“These were not merely protesters, these are the real deal!” 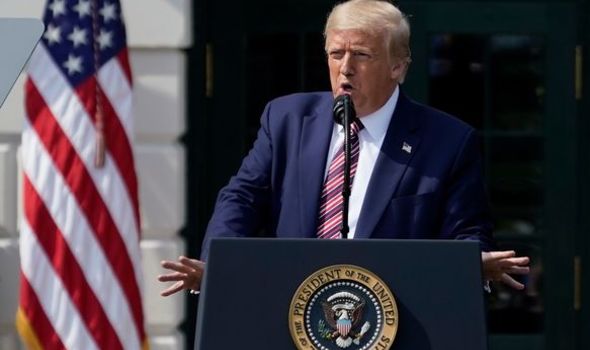 Mr Trump’s defence of his actions came after federal officers teargassed a group of mothers who formed a human barrier between demonstrators and the troops during a Black Lives Matter protest.

The demonstrations have been held in Portland almost every night for two months since unarmed black man George Floyd was killed at the hands of a police officer on May 25.

On Monday, Mr Trump warned the troops would remain in Portland, adding that he was thinking of sending troops to other cities he considered “totally out of control”.

Speaking from the White House, Mr Trump said: “Portland was totally out of control.

“The Democrats – all liberal Democrats running the place – had no idea what they were doing.” 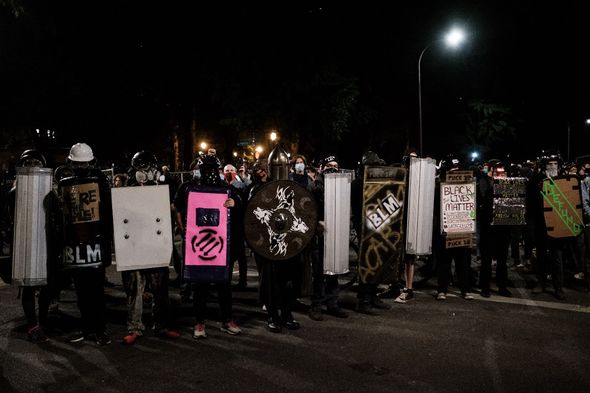 “I’m going to do something – that I can tell you.

“Because we’re not going to let New York and Chicago and Philadelphia, Detroit and Baltimore and all of these – Oakland is a mess.”

He added: “We’re not going to let this happen in our country.”

Mr Trump also hit out at the “very liberal Democrats” in charge of these cities for what he considers insufficient action to put an end to the civil unrest.

The President also brought to attention the surge in crime numbers in major cities across the US. 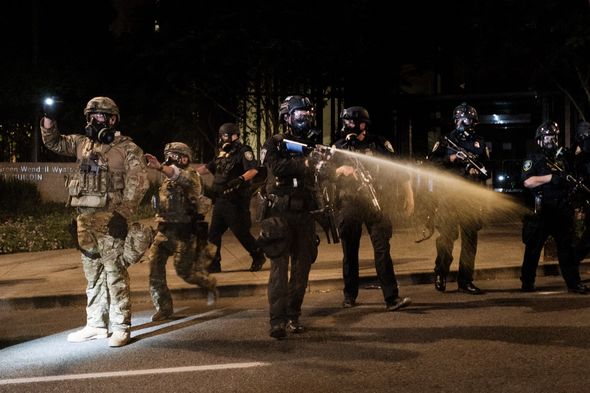 He claimed the crime rate in New York is up “348 percent”.

He even claimed the number of shootings in Chicago over the weekend – 63 – is “worse than Afghanistan”.

Portland Mayor Ted Wheeler spoke to CNN over the weekend about the federal troops.

He said: “They are not wanted here. We haven’t asked them here. In fact, we want them to leave.” 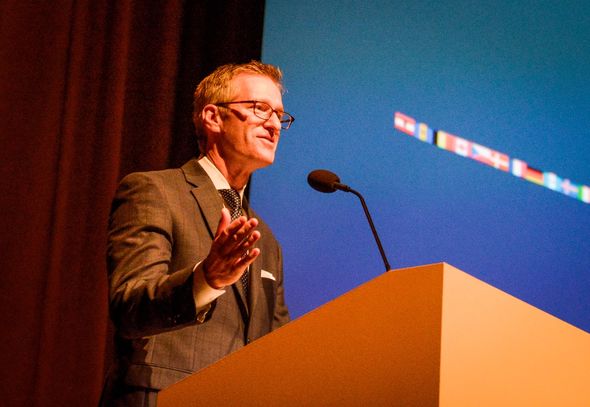 He said: “The difference between local and federal law enforcement is that we have clear policies, clear directives.

“We have a complaint process. We have an independent accountability and review system.

“With the federal government, they won’t even identify who they are.

“We don’t know what their policies are or what accountability mechanisms there are, to the point where even the US attorney here in the state of Oregon is calling for an investigation, wondering, where was the probable cause to pull these people off the streets into unmarked cars?”