The 17-second clip shows a sun rising onto which President Trump’s face has been superimposed. A narrator comments: “It’s morning in America.”

A newsreader then says: “Donald Trump is still president of the United States.”

The newsreader appears to be a recording from 2016, with the word “still” superimposed into the video.

Two pictured of an emotional anti-Trump protestor, pictured at his January 2017 inauguration, have been added to flowers in the background.

Accompanying the clip is music from Edvard Grieg, a 19th century classical composer. 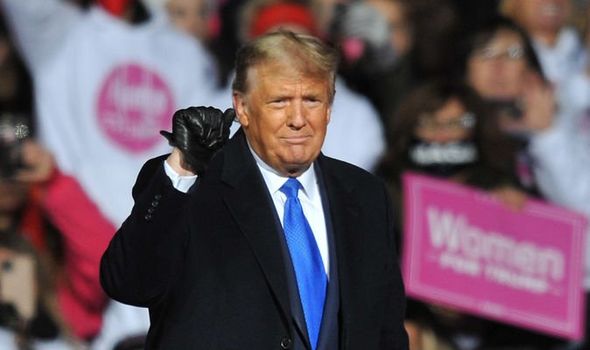 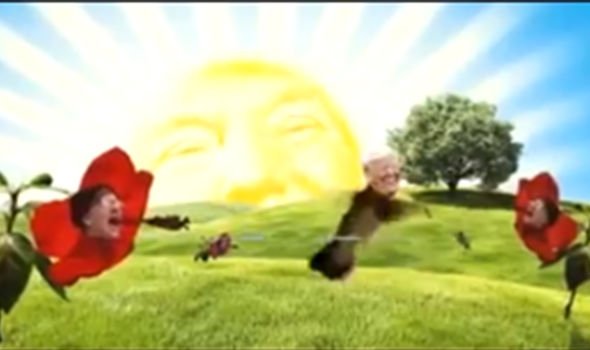 However, after the newsreader makes the announcement this is joined by loud wailing, apparently mimicking the distress of Mr Trump Democratic opponents.

Currently Joe Biden, the Democratic Party candidate, is favourite to achieve victory in the November 3 poll.

However, Mr Trump has repeatedly refused to say he will concede if defeated.

Instead the Republican candidate has been claiming, without providing conclusive evidence, that the election is being rigged against him. 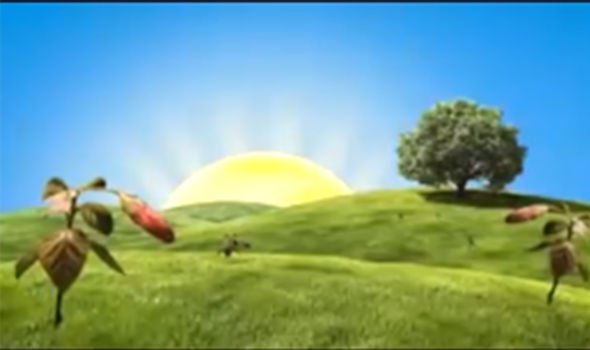 The advert was posted on Facebook, but is currently inactive due to a ban on political advertising on the platform between October 27 and November 3.

However, the clip could be reposted after the election result is announced.

Social media companies have been coming under pressure to explain what they will do if either candidate attempts to declare victory prematurely.

There has been a surge in postal voting across the United States due to the coronavirus pandemic. 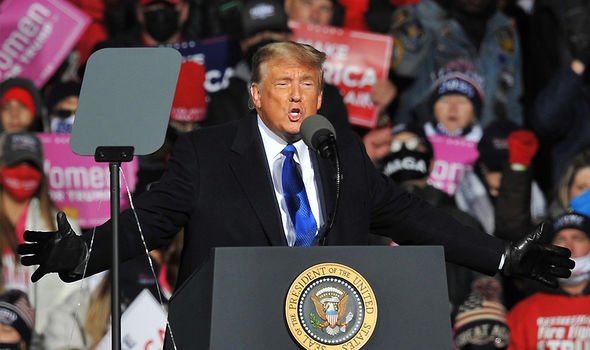 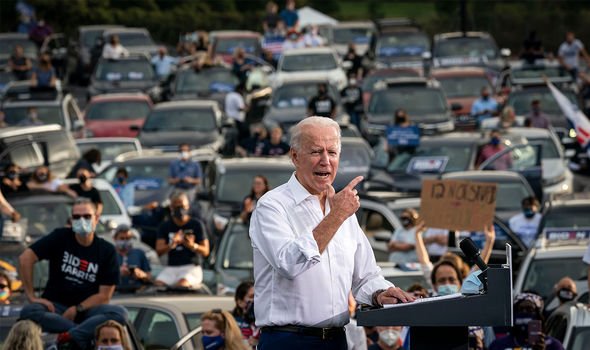 As a result counting the votes is expected to take longer than usual, meaning a winner may well not be announced on election night.

Facebook has announced it will ban any adverts that feature “premature claims of election victory”.

The platform said it will shutdown ads when polls close on election day as part of “preventive steps to protect the integrity of the upcoming United States 2020 elections”.

YouTube has said it will add a “results may not be final” disclaimer to any adverts on its site which attempt to declare a premature election winner.

Thus far the Biden campaign has spent $8.5million (£6.5million) on Facebook versus $6million (£4.6million) for Trump.

However allied groups have spent considerably more supporting each candidate.

On Tuesday Mr Biden described Mr Trump as a “conman” whilst campaigning in Warm Springs, Georgia. 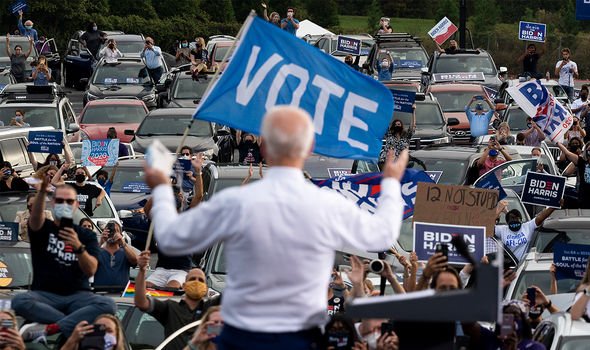 He added the president’s handling of the coronavirus pandemic amounts to a “capitulation”.

Speaking to reporters before leaving for the mid-west he said: “It would be very, very proper and very nice if a winner were declared on November 3, instead of counting ballots for two weeks, which is totally inappropriate.”