Tokyo 2020 Olympics: Guinea pulls out of Games over resurgence of COVID variants

Guinea has pulled out of the Tokyo Olympics, citing a “resurgence of COVID variants”.

It means five athletes from the African nation will be missing from the delayed Games.

Minister of sports Sanoussy Bantama Sow said the decision had been taken because of the continuing coronavirus pandemic.

“Due to the resurgence of COVID variants, the government, concerned with preserving the health of Guinean athletes, has decided with regret to cancel Guinea’s participation in the 32nd Olympics scheduled for Tokyo,” he said in a letter to the president of the Guinean Olympic Committee.

North Korea is the only other country to have pulled out of the Games, also referencing COVID-19. 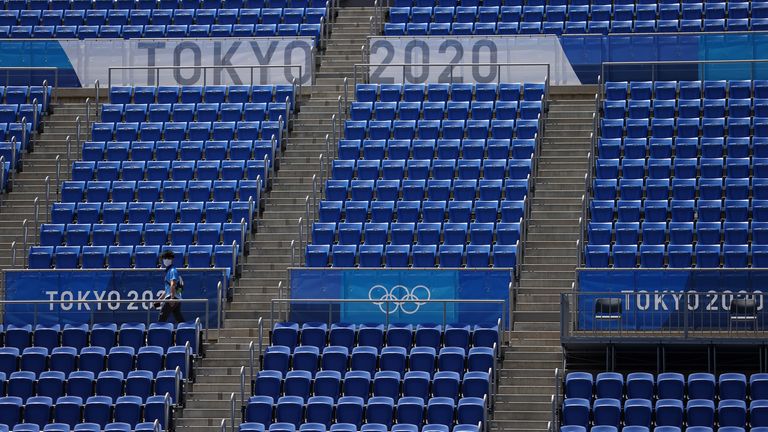 Guinea’s decision comes only days after its Olympic committee’s secretary general, Ben Daouda Nassoko, said funds had been made available to send its delegation to Tokyo.

One of the athletes affected, freestyle wrestler Fatoumata Yarie Camara, said she was struggling to understand why the decision had been taken.

“The question I ask myself is why has Guinea decided not to participate in the Olympic Games on the grounds of coronavirus when the organizing country, Japan, hasn’t cancelled these Games because of this sickness,” she said.

“Why? That’s what I ask myself and I still can’t find an answer.”