Under the law, which will see mainland security agencies based in Hong Kong officially for the first time, the crimes of secession, subversion, terrorism and collusion with foreign forces can be punished with up to life in prison. Sir Iain said the crackdown was a direct violation of Beijing’s obligations under the Sino-British Joint Declaration and the Hong Kong government’s commitments as a signatory of the International Covenant on Civil and Political Rights.

Writing in the Daily Telegraph, he said: “Less than 25 years ago, the UK handed Hong Kong back to an authoritarian state.

“We need to get as many people out as safely as possible. Dominic Raab was right to use this as a last resort, but it is clearly now necessary.” 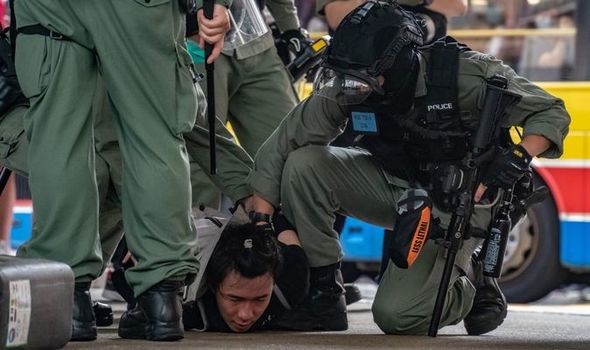 He continued: “That they have been forced from their homes represents a terrible failure on the part of the international community.

“They do not want to leave. But as many will now have to leave, we have a moral and legal duty to make them welcome.”

The leading Brexiteer also urged the UK Government to stand up the Beijing and has called for legislation to reduce Britain’s strategic dependency on China to be brought forward.

He said: “We need to show China that it can’t get away with tearing up international treaties and abusing human rights.

“The free world has failed Hong Kong. Taiwan will be next unless we take urgent action.” 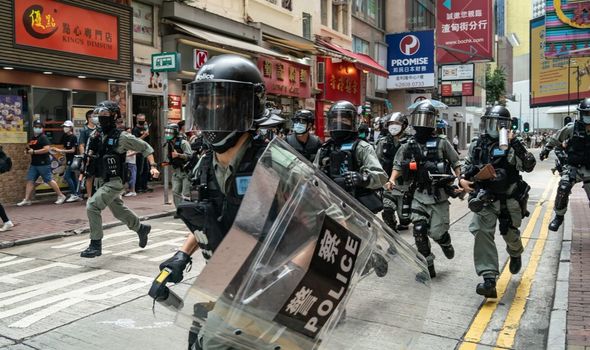 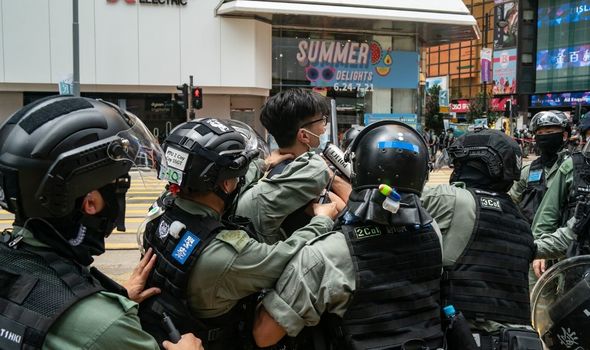 He described the new National Security Law as the latest assault on Hong Kong’s law and freedoms and said it constituted a “legal Tiananmen Square moment” for the free world.

He said: “The Communist Party of China sees the effect on Hong Kong’s status as collateral damage in the greater clash of values which the Chinese government believes it must win.

“I wonder, does the free world recognise that we may even now have arrived at this generation’s 1936 moment, when Germany occupied the Rhineland, and the world looked away?

“In my lifetime I find it hard to recall a more breathtaking piece of authoritarian overreach.” 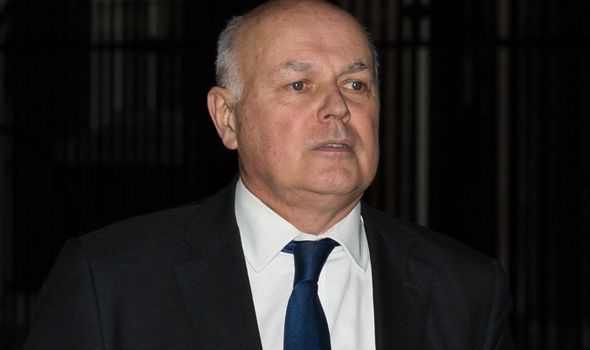 Sir Iain’s calls for action from the British Government were echoed by former Tory MEP Daniel Hannan, a fellow Brexiteer, who tweeted: “Until now, China has respected the letter, if not always the spirit, of the 1984 accords.

“As of today, it is in clear breach of its international obligations and should be treated accordingly.”

Hong Kong opposition MP Claudia Mo warned the territory was no longer governed by the rule of law.

She said: “When they say ‘day is night and dark is light’ you just can’t argue because they are the law.”

She continued: “But this is not the rule of law, this is not even ruled by law. This is rule by decree.

“Because anything that’s up to their interpretation. The free press could just be announced dead in Hong Kong.

“This would tell you that they want not just to get us, but to intimidate us into inaction into a catatonic state. 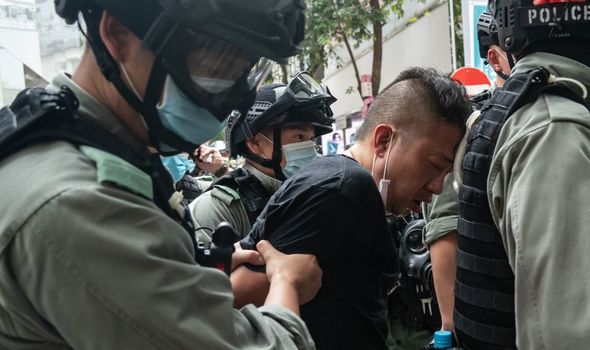 Hong Kong district councillor Cheng Keng-ieong, who joined pro-democracy street protests today, said: “The worse part of the laws is that the Hong Kong government has opened the door for China to come in and manipulate our laws.”

Joshua Rosenzweig, deputy regional director at Amnesty International: “The definition of the crimes, separatism, subversion, terrorism, collusion with foreign forces – all of these things, in our view, are open to abuse by authorities and could possibly be used to punish people for things that should be protected activities, particularly things related to freedom of expression, freedom of peaceful assembly.

“We’re quite worried about what this law means in terms of not only the scope to which law enforcement may further restrict rights for people in Hong Kong, but also the power it gives to the authorities, both the Hong Kong authorities and central government authorities to punish those types of activities.”