The baby left stranded by coronavirus 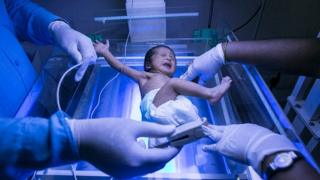 The first-time parents were driving through India’s winding, empty highways to see their newborn child.

It was the middle of April, and the country was in the throes of the world’s harshest lockdown to prevent the spread of coronavirus. Almost everything was shut.

At checkpoints, policemen halted the couple, examined their papers and asked why they were on the road.

“We are going to see our first-born infant,” they replied.

The policemen looked incredulous, staring at the woman in the vehicle.

“What do you mean you are going to see your newborn? Where is the baby?” they would say, eyes searching the insides of the SUV.

The couple would explain their daughter had been born, more than a week ago, to a surrogate mother in Anand, a city in the western Indian state of Gujarat better known as the country’s “milk capital”. And that they were travelling from their home city of Bangalore, some 1,600km (994 miles) away in south India, to take her home.

“Still there was a lot of confusion. But in the end they would check our papers and allow us to proceed,” Rakesh (name changed), the father of the child told me.

Their child was one of dozens of surrogate babies stranded in clinics across India because of the lockdown. She was among one of 28 babies born at Anand’s Akanksha Hospital and Research Institute since late March when the lockdown was imposed. More than 50 days later, at least 10 babies were still waiting for their parents to arrive.

India has a thriving commercial surrogacy industry and an estimated 1,500 surrogate babies are born every year.

The country has been often called the “surrogacy hub” of the world, where infertile couples, including many from overseas, pay local women to carry their embryos through to birth.

But there have been growing concerns over the unregulated business.

In 2018, India unveiled a draft law which would ban commercial surrogacy. Infertile couples would be able to seek a surrogate, who had to be a relative. The law is awaiting parliamentary approval.

Now, the couple from Bangalore was undertaking a gruelling journey to meet their baby girl.

Rakesh, 47, is a management consultant. Anita, 41, is an instruction designer. They had got married in 2003, and for more than a decade they had tried everything – IVF, IUI – for a child. She had suffered five miscarriages. Last year, they decided to outsource the pregnancy and have a baby via surrogacy. They had met the potential surrogate mother, a thirty-something woman with two children of her own, at the Gujarat clinic.

She was born on 6 April, a healthy 2.9kg baby. Her parents were stuck at the other end of the country. They looked at the pictures and mobile phone videos of the baby girl sent by the clinic: in one she is responding to sound and light, in another she’s being fed formula. They called her a “bundle of joy”.

“It took some time to sink in. And then my wife began to cry. It was an emotional moment, but little did we know our travails were about to begin,” Rakesh told me.

Road, rail and air transport were suspended. Travel passes were being slowly given out to people in emergencies. The couple reached out to more than a dozen officials to get passes. Many didn’t quite understand the urgency.

“Oh your wife has delivered in Gujarat and you want to join them,” one official told them.

“Your wife is here, and someone else is pregnant? Why don’t you ask her to come here?” another official wondered.

Yet another official asked: “This is a test tube, baby, right? So what’s the urgency? Baby can remain there right?

“What is the emergency here?”

The doctor from the Gujarat clinic finally rushed an email to authorities explaining why parents needed to pick up their surrogate child urgently. “This is an unique situation. We are not being able to hand over the babies to parents in time. We are stressed,” Dr Nayna Patel, head of the clinic, told me. “And there are 39 surrogate mothers pregnant at the clinic.”

On the evening of 14 April, they finally got three passes – for themselves and a driver.

Only one taxi operator agreed to provide a sanitised Toyota SUV for the long-distance trip. The operator said they had been advised to keep the air-conditioning on for 30 minutes, roll down the windows and let fresh air in for an hour, before switching on the air conditioning again.

For the next two days and nights they drove along the sullen highways. They stopped at filling stations when night fell. There they would fill diesel, charge their mobile phones and have dinner. They had packed enough cooked food, 10 litres of water, and biscuits, jam and bread for the journey. After dinner, the driver would sleep for three hours.

“It was getting hotter and hotter. We didn’t sleep at all,” Rakesh said. “I lost count of the checkpoints, but after we cleared them we drove fast.”

“It was exhausting. At each one, we had to get down, show our passes, get our temperature checked, register all our details, try to answer puzzling questions on the baby and then proceed.”

But a couple of hours away from Anand, they arrived at what turned out to be the last checkpoint before entering the city.

The policemen there had stopped all traffic saying he wouldn’t allow them to enter the city, as the number of infections in Gujarat were rising rapidly and there were severe restrictions on outsiders.

Tensions ran high. Commuters in half a dozen stranded cars with passes were getting into fights. A policeman with a video camera was recording everything.

One couple with a young child was on their way to Delhi, more than 1,000 km (621 miles) away, where the man’s mother had passed away.

“My mum is dead. Why are you harassing me?” he asked the policemen repeatedly.

Four hours later, the policemen finally allowed the vehicles though. The commuters had to show all their papers again.

The clinic had organised an apartment in a gated community in the city for the couple to quarantine for two weeks before they saw their baby. When nervous locals protested, the couple moved into the hospital, where they lived in a room for nearly a week.

On 1 May, their quarantine ended and they were able to see their baby, more than three weeks after she was born.

Late in the afternoon, the nurses brought her in. Rakesh recounted the moment.

“Anita started crying. She said give me two minutes and then I will hold her. We removed the gloves and held her.”

“We asked whether we could kiss her. The doctor said no. We had got a a blue dress for her. They allowed us to put it on her.

“I was choking up. Finally, it’s happening. The baby is in our lap. It was such a painful wait. I can never forget the moment.

“You know, the baby didn’t cry when we picked her up. She just stared and stared at the new, strange faces that she was seeing.”

But now, they don’t know when they can take her home. The prolonged lockdown has eased slightly, but public rail and air transport is still suspended. A return journey to Bangalore by road looks imminent. Doctors have cleared travel.

So the couple have bought bottles of sanitisers, feeding bottles, electric sterilisers, flasks to store hot water, 10 boxes of formula feed and two-dozen packets of diapers for the return journey. “This is going to be a different journey now,” Rakesh said.

They are waiting for a vehicle that can take her home.

“This has been a test of patience and perseverance. The journey to have a child had its high and lows,” Anita told me.

“Having to wait to see my daughter pushed the test a notch higher. This test has hopefully made be a better person, a more patient mother. 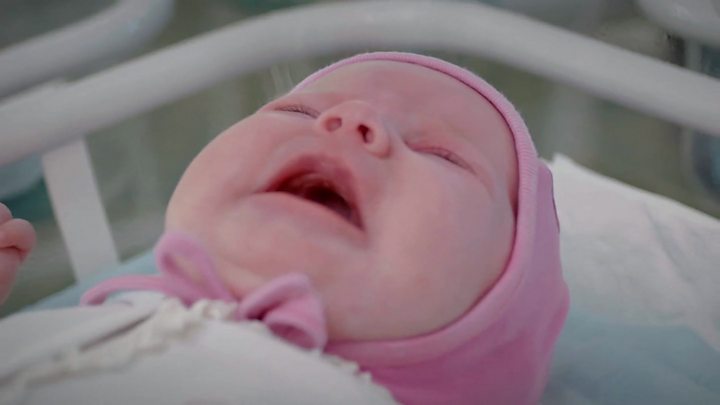