A spokesman said several groups ganged up on police officers and started to threaten them before the clashes turned “into real riots”.

Police officers were “confronted in an extremely aggressive manner, attacked and injured”, a police report said. 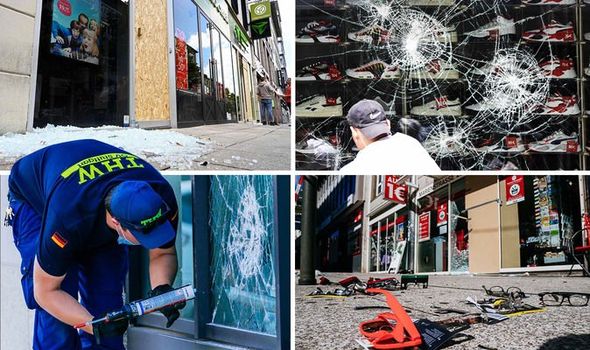 A total of 19 police officers were left injured and 24 rioters arrested, according to city officials.

He insisted “violence against emergency services is not tolerated”, claiming that the inexcusable actions of the rioters had crossed a line that neither alcohol nor the will to show on on social media could excuse.