The European powers are considering how to increase their presence in the contested South China Sea as tensions over the waters has continued to remain high. Britain and France are permanent members of the United Nations Security Council and have nuclear powers with “blue water” naval capabilities.

Last year, France released a regional strategy paper which stated that it would “cement its posture as a regional power of the Indo-Pacific, working to protect its sovereign interests and the security of its citizens, while actively contributing to international stability.”

In September, Germany also said that it aims to make “an active contribution to shaping the international order in the Indo-Pacific”.

Its statement was said to be significant as Germany does not have territorial possessions in the area or “blue water” naval capabilities.

In the UK, Prime Minister Boris Johnson is reportedly considering plans to send the new £3.1billion HMS Queen Elizabeth aircraft carriers over the South China Sea to show force and support for its international partners including the US. 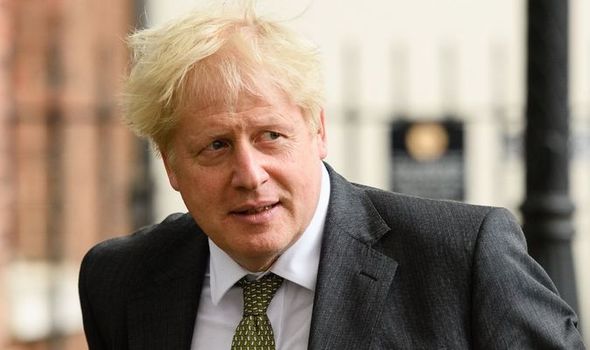 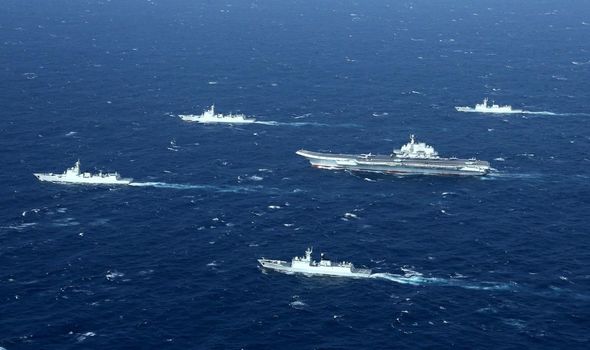 France has taken an active strategic posture in the South China Sea region.

Under President Emmanuel Macron, France has expanded its defence and economic relations with Australia, Japan, India and Southeast Asia.

France singed pivotal deals with its allies including a £29 billion submarine deal with Australia and a £7.3 billion jet fighter deal with India.

During a visit to an Australian naval facility, Mr Macon said: “We’re not naive: if we want to be seen and respected by China as an equal partner, we must organise ourselves.” 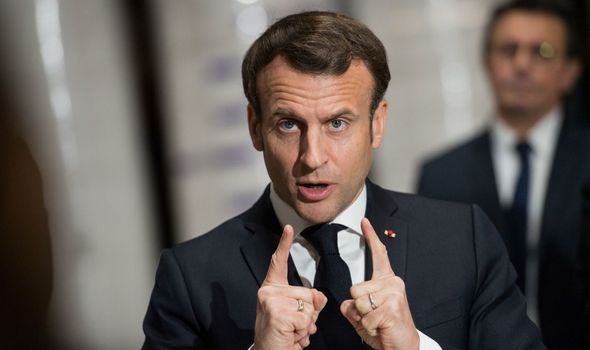 Earlier this year, Mr Macron visited China and told Beijing that its economic actions should not be “one-way”.

He said they should involve the interests of China’s partner nations.

France has also showcased its naval military force as part of broader effort spearheaded by the US to preserve freedom of navigation in the disputed waters. 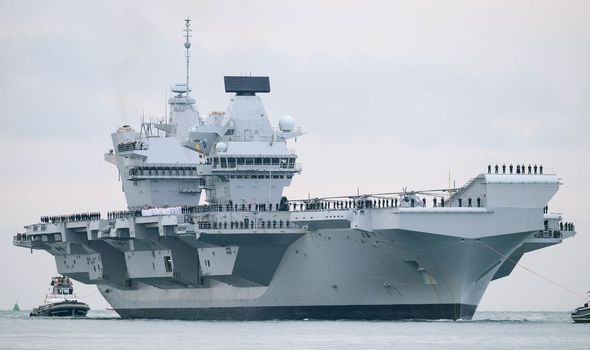 It came after French forces conducted freedom of navigation operations in the Taiwan Straits.

Britain is reportedly considering its next move as the South China Sea disputes continue.

Last weekend, the UK and US militaries took part in a joint exercise off the coast of Scotland.

Footage from the event shows UK and US fighter jets taking off from the HMS Queen Elizabeth carrier. 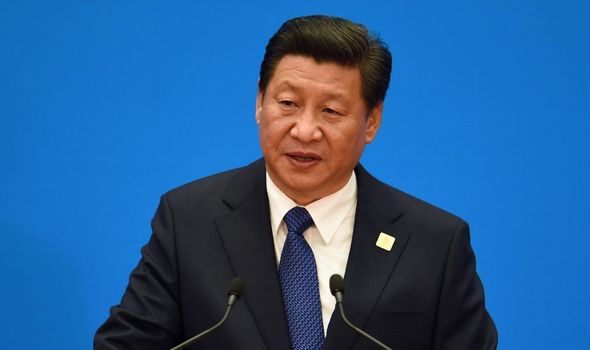 It was called the last exercise before the carrier sets sail on deployment in early 2021.

Scottish Conservative MP, Andrew Bowie, has asked the Government to “open its eyes to the glaringly obvious” threats posed by China.

He called on Mr Johnson to “step up to the plate” by deploying the HMS Queen Elizabeth aircraft carrier to the Western Pacific.

Mr Bowie said: “[The] size of the Chinese fleet and its rate of growth should be a clear warning of China’s determination to become a maritime superpower.

“With the renewed rejection in July by both America and Australia of China’s territorial and maritime claims in the South China Sea, it is time that a truly global Britain steps up to the plate and meets this unwarranted and illegal encroachment with renewed assertiveness.”