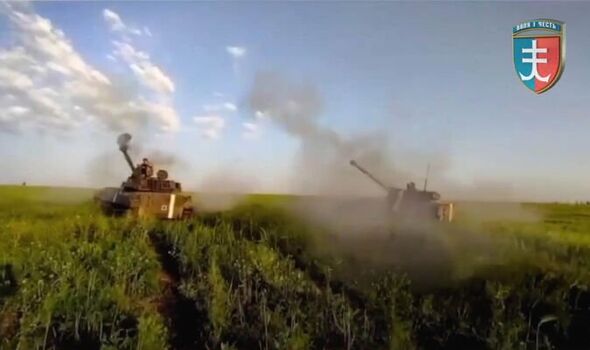 The ministry revealed: “Ukraine has used its new long-range artillery to damage at least three of the bridges across the Dnipro River which Russia relies upon to supply the areas under its control.” One of these is the vital Antonivskiy Bridge which is still standing according to Moscow.

The MoD added: “Kherson city, the most politically significant population centre occupied by Russia, is now virtually cut off from the other occupied territories. Its loss would severely undermine Russia’s attempts to paint the occupation as a success.”

The Ukrainian army thanked its successful incursions in the city to Western rocket systems it has received.

In response, Vladimir Putin is said to have ordered a “massive redeployment” of Russian troops.

Oleksiy Arestovych, a senior adviser to Ukrainian president Volodymyr Zelensky said the Kremlin was changing tactics from offence to a strategic defence. He said: “[This would] place us in a position where we are unable to liberate all our territory and call for talks.”