The FSB says a serviceman in Siberia is suspected of passing state secrets to Ukraine’s defence ministry. 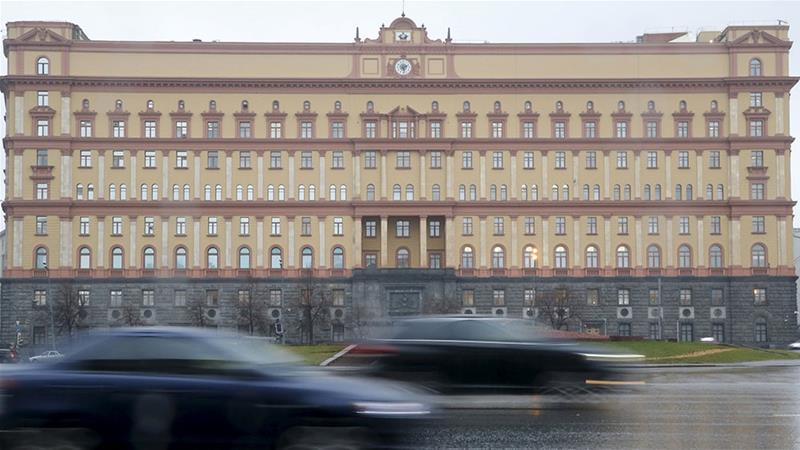 Russia’s Federal Security Service (FSB) has arrested a serviceman in Siberia for having allegedly passed state secrets to Ukraine.

The serviceman, from Russia’s Strategic Missile Forces, was arrested in the Siberian city of Barnaul, about 2,900km (1,800 miles) east of Moscow, as he was walking out of a grocery store, FSB footage carried by Russian news agencies showed on Thursday.

In a statement carried by Russian agencies, the FSB said the serviceman had allegedly passed state secrets to the Main Directorate of Intelligence in Ukraine’s defence ministry.

It did not provide further details on the nature of the information that had allegedly been passed.

The FSB said a criminal case had been opened for state treason. If convicted, the serviceman could face up to 20 years in jail.

Relations between Russia and Ukraine have soured since Moscow annexed Crimea in 2014 and pro-Kremlin separatists seized a swath of eastern Ukraine.

Russia has spent heavily to integrate Crimea into its territory, and it has been the focus of espionage and military tensions since its annexation.