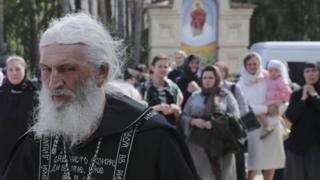 An ultraconservative Russian priest who denies coronavirus exists has taken over a women’s monastery by force.

Father Sergei Romanov entered the Sredneuralsk convent outside the city of Yekaterinburg on Tuesday.

The mother superior and several nuns have left and armed guards are patrolling the site.

Father Sergei has stated church authorities “will have to storm the monastery” if they want him to leave.

Police visited the site on Wednesday but made no arrests.

The controversial cleric was barred from preaching in April and then stripped of the right to wear a cross in May after he encouraged the faithful to disobey public health orders.

Father Sergei helped found the Sredneuralsk Convent in the early 2000s, and hundreds of supporters have flocked there over the years to hear his sermons.

Russian authorities shut churches to worshippers on 13 April amid the ongoing pandemic, and only reopened them this month.

What’s happening at the monastery?

Father Sergei has described the ongoing coronavirus outbreak as a “pseudo-pandemic” and accused church leaders of “working with the forerunners of the Antichrist” by closing churches.

After suspending him in May the Russian Orthodox Church organised an ecclesiastical court to determine his future.

But at the court session on Monday Father Sergei told officials his conscience was clear and declared they would have to kick him out of the Sredneuralsk monastery by force. He left the meeting, and on Tuesday seized control of the site.

Reports suggest many of the armed men now guarding it are veterans of the ongoing conflict in eastern Ukraine. Journalists are barred, though one reporter from Russian newspaper Novaya Gazeta managed to get inside past the guards and met Father Sergei.

Father Sergei faces another session of the ecclesiastical court on 26 June.

The Yekaterinburg diocese says Mother Superior Varvara – who has led the convent since 2005 – left temporarily “to avoid unnecessary strife”, and said the cleric should use the time ahead of his next court date “for correction and repentance”.

Who is Father Sergei?

A former policeman, Father Sergei spent 13 years in a prison colony for murder – though his supporters deny this is the case. He was released in the late 1990s.

Legally, the priest has changed his name to Nikolai Romanov, in honour of Russia’s last Tsar Nicholas II. The former emperor and his family were thought to have been buried outside Yekaterinburg after their murders in 1918, near the Sredneuralsk site, and Father Sergei is seen as the figurehead of the shadowy “tsar worshipper” movement within the church.

Father Sergei has made numerous controversial claims in the past, including suggesting the Antichrist would soon rise in Russia as a counterpart to President Vladimir Putin, and has criticised laws against domestic violence and anti-Semitic sermons. He has also ministered to several Russian sports stars and politicians. 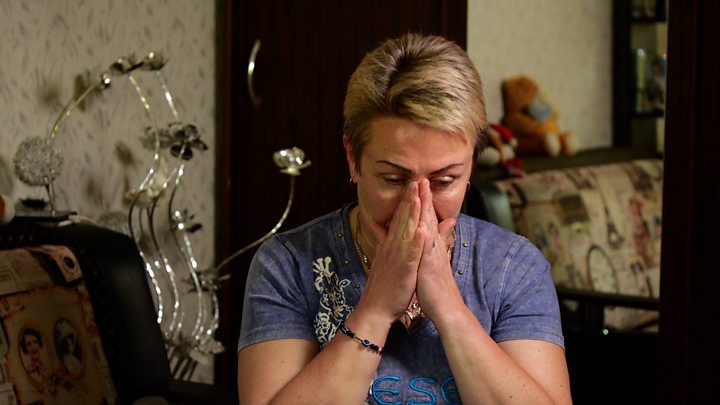