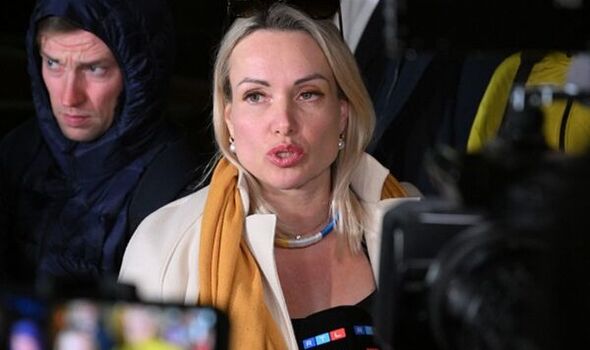 Marina Ovsyannikova has called on her fellow countrymen and women to shun state media coverage.

In an interview with the BBC, Marina said: “I understand it’s very hard – to find alternative information – but you need to try to look for it.”

The editor at state-controlled Channel One was questioned after Monday’s protest when she brandished a sign during a news broadcast that said: “No war, stop the war, don’t believe the propaganda, they are lying to you.” She could be heard shouting “no war, stop the war”.

Marina added: “I really wanted to show the Western audience that some Russians are against war.”

The journalist was held for 14 hours, could not access legal help and was fined £210. She added: “Nobody believed it was my decision. I could not remain on the sidelines.”

A raft of resignations from Russia’s tightly controlled state-run TV followed her protest.