Pompeo says his visit to Afghanistan was 'very frustrating' 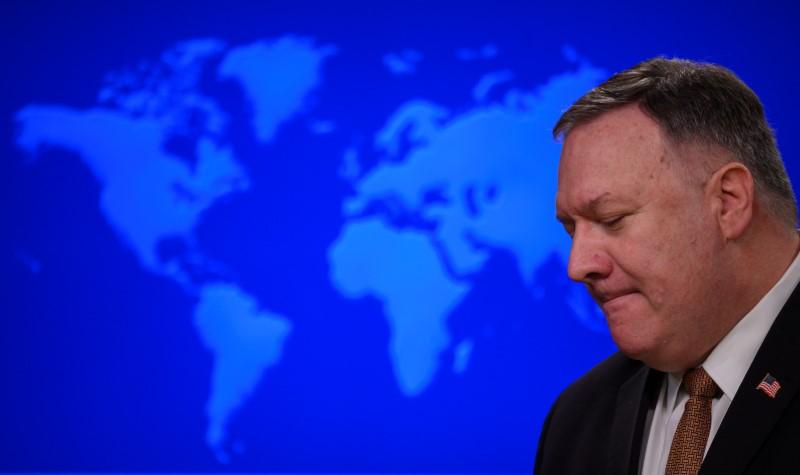 WASHINGTON (Reuters) – U.S. Secretary of State Mike Pompeo said on Wednesday he was frustrated after a daylong visit to Afghanistan this week in which he failed to mediate an end to a leadership feud between President Ashraf Ghani and political rival Abdullah Abdullah.

“I’ll be honest, it was very frustrating,” Pompeo said at a State Department news briefing. However, he said efforts would continue to convince all the parties in the conflict to embrace peace and reconciliation and that he remained optimistic about the prospects for intra-Afghan peace talks.