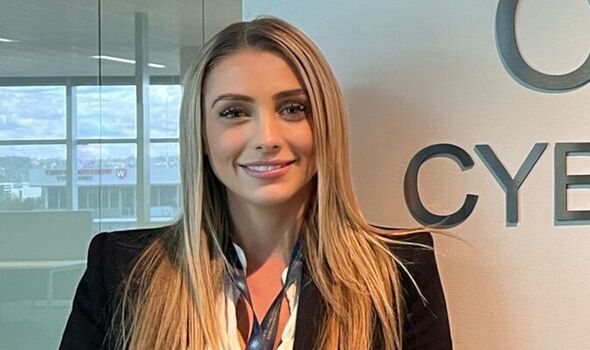 Suzana, now a Detective Senior Constable with the State Crime Command’s online group, previously worked at the Department of Forensic Medicine based in Glebe Morgue.

In a Facebook post accompanying the uploaded picture, New South Wales Police said: “It was here that Suzana was first exposed to more than the average office worker – but in a happy twist of fate, saw her develop an interest in policing and forensic investigations!

“It was also here that she met a Sergeant working at the State Coroner’s Court next door, who gave her the support and confidence to change career paths and submit a formal application to become a police officer.”

Before long, the post was met with dozens of “creepy” comments, with many asking whether the Detective Senior Constable was single.

One, quoted in News AU, wrote: “I suddenly feel like committing a crime.”

Another asked Suzana to “take me in for interrogation, please”.

Other inappropriate comments included: “I’m not sure what she’s selling but I’ll take two” and “arrest me”.

Those posting sexist comments beneath the picture were quickly called out by other users for being inappropriate.

One wrote: “What makes you think this is an appropriate place to give your opinion on her appearance? Jesus, this isn’t an ad for Playboy.

“Your ‘compliment’ has nothing to do with this post, which is about her career success.”

One user also added: “I love how accomplished this woman is, and then all the men making comments about her looks.”

Most – if not all – of the inappropriate comments appear now to have been removed.

Others were, however, very complimentary about her success.

One user wrote: “Congratulations on your role! Pleased to see resources going to this! So many unaccountable internet/cyber scams, creepy peeps abusing privacy!”

Others praised Suzana as a “role model” and encouraged her to “go get ‘em”.