The man who stabbed seven people at a New Zealand supermarket had been assessed by authorities as such a high risk that he was being monitored by up to 30 police officers in the weeks leading up to the attack.

The man, who had arrived in New Zealand from Sri Lanka in 2011 on a student visa, had been charged a number of times with offences such as possessing knives and extremist publications.

In May 2017, he was also arrested at Auckland Airport where police suspected he was heading for Syria.

New Zealand Police Commissioner Andrew Coster and Prime Minister Jacinda Ardern told reporters on Saturday that the man had caught the attention of police in 2016 when he expressed extremist views and shared violent videos online.

Between then and Friday’s attack, he spent three years in jail in relation to a number of charges, before being released in July this year under certain conditions.

Ms Ardern said surveillance had started “immediately” after his release but Mr Coster said that despite officers being “very good at what they do”, they faced an extremely difficult job.

Their subject “had demonstrated a high level of paranoia about surveillance activity” – he was so paranoid that he had previously challenged members of the public who he thought were following him.

Auckland is also under COVID-19 restrictions – fewer people on the streets meant officers found it more difficult to follow the man closely without being noticed. 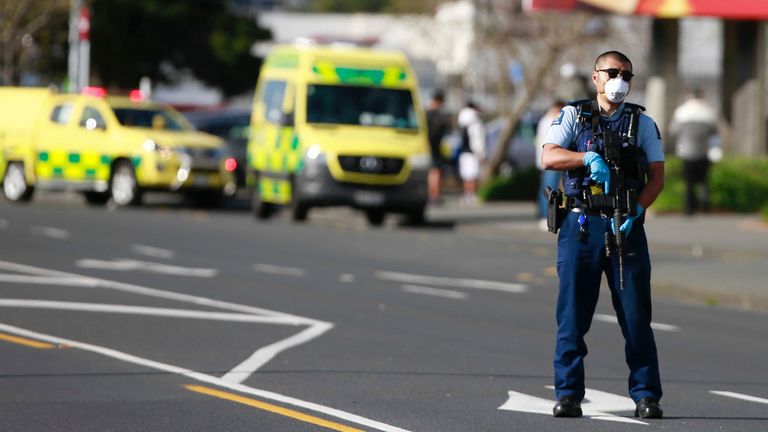 This meant that they had not been able to move around Lynnmall’s Countdown supermarket with him on Friday afternoon.

Mr Coster said there had been “nothing unusual” about the attacker’s routine as he travelled to the supermarket by train, grabbed a trolley and shopped as normal for 10 minutes.

But then he is believed to have taken a knife from the shelves of the store before stabbing people at random.

Mr Coster said that the man was shot dead by police 60 seconds after the officers became aware of shouting and people running away, although the first stabbing had occurred up to 90 seconds before then, he said.

Five victims remain in hospital – three of them in a critical condition and two stable – while two others were treated in hospital and are recovering at home.

Ms Ardern said there were many details yet to be released about the attacker and the efforts to keep him detained.

His name is currently protected by a suppression order which is expected to lapse in the next 24 hours, but Ms Ardern indicated she would continue her stance on not mentioning the names of terrorists, something she made a point of after a terrorist killed 51 people at two mosques in the South Island city of Christchurch two years ago.

She said on Saturday: “No terrorist alive or deceased deserves their name to be shared for the infamy they are seeking.”

Ms Ardern also talked about efforts to introduce a law that would have allowed prosecution of those planning to commit terrorist acts.

A draft bill was introduced in April, with its first reading in May, and there were efforts to speed up its passage even on the day of the attack. 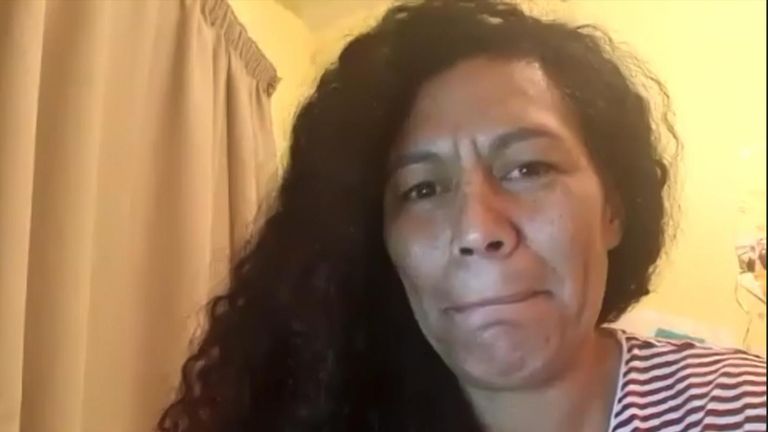 The bill was not brought about specifically to deal with the attacker, Ms Ardern said, but she acknowledged that, as his release had drawn nearer in July, it had appeared that under current laws, “we were reaching the point where all legal avenues were exhausted”.

When asked if such a bill could have kept the attacker in custody for longer and, therefore, possibly prevented the stabbings, she said: “I don’t think it’s fair to make an assumption that law change itself would have made a difference in this case.”

She revealed that, at times, there had been “up to 30” police officers monitoring the attacker for the 53 days between his release into the community and the stabbings.

But she added: “When you have a highly motivated lone actor like this individual, it is incredibly tough.”

Mr Coster said that officers at the scene had “acted exactly the way we would have expected them to… with great bravery and professionalism”.

He also praised members of the public who had been in the supermarket, many of whom tried to help the victims, including one who had advanced medical training.

Ms Ardern encouraged New Zealanders to “be kind” to those affected by the attack, adding: “Please wrap your arms around all of our victims – those of yesterday and those of the past.”