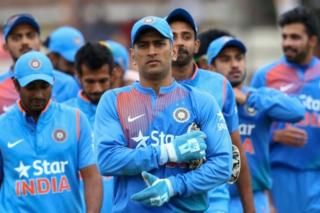 The uncertainties leading up to the retirement of Mahendra Singh Dhoni will be forgotten soon enough, and what will remain are the certainties and the pride of performance over the years.

It does not matter. Dhoni was under no compulsion to make it easier for everybody else, especially those whose job it is to tie up careers neatly and move on to the next big thing.

It is likely that Dhoni might continue to play in the IPL. It is a tournament he enjoys, playing for a team he loves whose fans return the love many times over.

This in addition to being the country’s most successful captain, taking India to the No 1 ranking and leading them to a World Cup win after 28 years (2011), the T20 Worlds (2007) which set up the IPL revolution and the Champions Trophy (2013).

In white ball cricket he is one of the all-time greats, his 84 undefeated innings pushing his average above 50 in one-day internationals. Only Ricky Ponting has led his team, Australia, to more wins. Dhoni has led in and won more matches than any other captain in T20 internationals.

He led India in the most number of Tests, 60, and was only recently overtaken by Virat Kohli as the most successful.

Dhoni’s reign had a profound impact on Indian cricket, and not just in terms of statistics.

He rose from what was then a backwater of Indian cricket – the eastern city of Ranchi – and continued the work begun by a predecessor, Sourav Ganguly, who turned to the non-traditional cricketing centres and discovered players of international standard.

Dhoni’s elevation as captain continued a process begun with the aristocrats – the maharajahs and nawabs – who led in the early years, the middle-class players (often bankers) who followed and then the small-town talent who spread the game; this in some ways reflecting the evolution of Indian society itself.

He was eight years old when Sachin Tendulkar made his Test debut, and within months of his taking over Tendulkar was saying, “I am delighted with the way Dhoni has conducted himself. He is a balanced guy with a sharp brain.”

Dhoni was easily accepted by the seniors in the side, a tribute both to his potential and fairness.

He learnt from his predecessors. From Rahul Dravid under whom he played 19 Tests and Anil Kumble under whom he played 10. These two men from the southern state of Karnataka brought to the job a rare intelligence, tactical nous and man management skills. “I want a team,” Dhoni once said, “that can stand before an advancing truck.” And he worked at building just such a team.

As a player, the amazing thing about Dhoni was what might look inadequate in another player, a gimmick even, worked well for him.

Syed Kirmani said initially he lacked “copybook basics” as a wicketkeeper and criticised his habit of standing on his heels to receive the ball rather than on his toes. The corkscrew on-drive or “helicopter” shot was uniquely Dhoni’s. It was seldom imitated because it was inimitable.

Retirement is a difficult thing, both for the player and his team.

In the first Test following Sunil Gavaskar’s retirement, India were bowled out for 75 by the West Indies and went on to lose by five wickets. It was another 19 Tests before India had a century opening partnership. That’s one side of the coin.

Here’s the other: after Tendulkar was caught at slip in his final Test innings, the new batsman Virat Kohli struck the next ball for four.

The symbolism was inescapable. The king is dead, long live the king.

Dhoni, as he prepares to leave the international scene, can take comfort in the fact that his successors are already in place.

He leaves Indian cricket in a good place – back as the best team in the world with a captain who is as hot (if one might be pardoned that expression) as he himself was cool, but just as successful; and new wicketkeepers ready to take over.

He will be missed for his remarkable self-control, his ability to change the tempo of a match either through sustained hitting or dour defence, and his manner of encouraging the bowlers, especially the spinners, from behind the wickets.

In the latter half of his career, he appeared at times to have eyes at the back of his head with his ability to run out batsman behind him without looking at the stumps.

He also patented a way of avoiding the recoil with his practised manner of either taking the edge from the bat or the throw from the field without wasting time having to take his hands back with the ball. It is a significant contribution to the art of wicket keeping. Anything that saves time.

Only five players in the history of the game have played more internationals; only one of them was a wicketkeeper, and none of them led in as many matches as Dhoni did.

His will be tough boots to fill. But Dhoni’s legacy goes beyond figures and reflects the arc of India’s societal transformation.

It will include the self-confidence he brought to large hitherto ignored sections of the population, and emphasise the old-fashioned dignity and respect he brought to the game and its players.

Suresh Menon is the Editor of Wisden India Cricketers’ Almanack