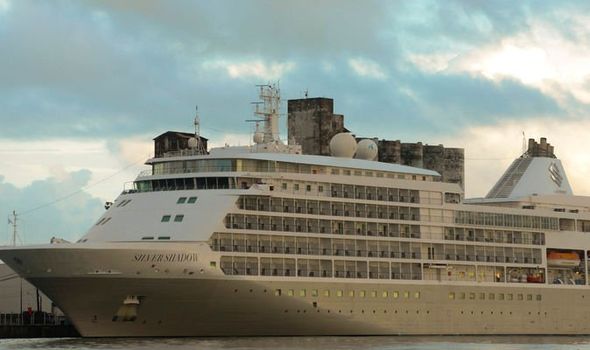 British Ambassador to Brazil Vijay Rangarajan has confirmed Chilean airline LATAM will be running a flight tonight to bring them back to the UK. The Silver Shadow was held at the port of Recife in Brazil’s north-eastern state of Pernambuco last Friday after a 78-year-old Canadian holidaymaker on board fell ill with coronavirus. He was removed from the ship, operated by Silversea, and the remaining 318 passengers and 291 crew were ordered to isolate in their cabins.

Confirmation a solution had been found after diplomatic talks came late last night.

If all goes to plan, the Brits on board Silver Shadow will be landing at London’s Heathrow Airport at 9am tomorrow.

Mr Rangarajan said yesterday: “I’m delighted we have had confirmation that LATAM is running a flight (LA9542) for British and European Silver Shadow passengers tomorrow at 9.30pm, landing at Heathrow at 9am.

“The logistics plan is ready, as is the final passenger list.”

Promising to send written details to the Brits affected through the ship’s captain, he added: “Thank you to the passengers for your patience and resilience.”

Mr Rangarajan had previously hinted a flight chartered by Royal Caribbean was going to be able to help bring stranded Brits on the ship home and offered help for those running out of medication.

He described securing a plane as “complicated.”

Alan and Gwen Cohen, from Hampstead, London, are among those due to be repatriated.

The couple, aged 89 and 86, were celebrating their 66th wedding anniversary when they were caught up in the coronavirus drama.

They told local paper Ham and High yesterday how they celebrated their big day by toasting with two cups of tea because there was no champagne.

Alan, a former magistrate and councillor for the London boroughs of Finchley and Barnet who ran a furniture-making factory in east London, was quoted as saying: “We may get some refunds and insurance pay-outs but that is not even something on my mind.

“All we can think of is how nice it would be to be home.”