Moment anti-war protesters are dragged off the streets in Moscow

A young woman protesting the war in Ukraine has said it is “better to be in jail than in this Russia” after holding up a placard that said, “I am scared”. Shot by Sky News, the exchange goes some way to detailing the public mood towards the mass mobilisation announcement, as nearly one thousand people were arrested on Saturday alone for protesting. Moscow correspondent Diana Magnay described the scenes as “mayhem” while further video showed men called up to fight asking who would “feed their children”.

One woman, as she was being dragged to a police van, shouted: “We are not mean, we are not cannon fodder.”

Moscow correspondent Diana Magnay said: “Most of those you see arrested here are woman because there is the risk, if you are a man, that you will be issued a summons [to fight in Ukraine] at the detention centre.

“There have been numerous incidents recorded already of that, so it is safer to come out as a woman.”

The video later cuts to a woman who has asked Sky News to film her. Holding up a placard that says “I am scared”, the protester is applauded by Ms Magnay for being “very brave”. 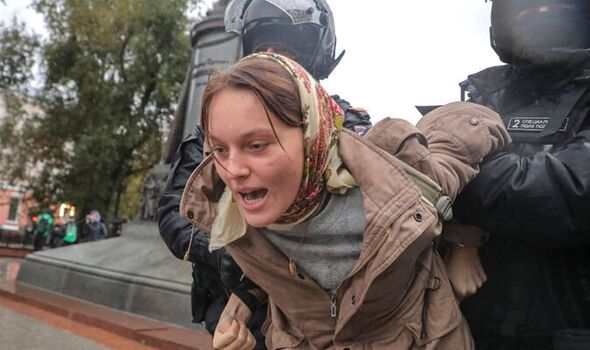 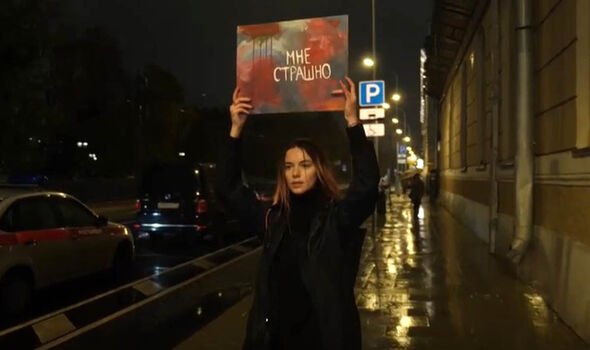 Seconds before she was aggressively manhandled by a Russian riot police officer and taken to jail, she told the camera: “It is better to be [in jail] than in this Russia.”

Earlier in the video, footage showed male citizens in the further Russian regions fighting with police officers who tried to force them to the frontline in Ukraine, as Ms Magnay described the situation as “mayhem”.

In another video, men lined up outside a bus set to take military reservists to Ukraine. One man said, “We are going to be meat”, while another asked who would “feed his children”.

More than 2,000 people have been detained across Russia for protesting the draft, nearly half of which were arrested in 33 towns on Saturday. 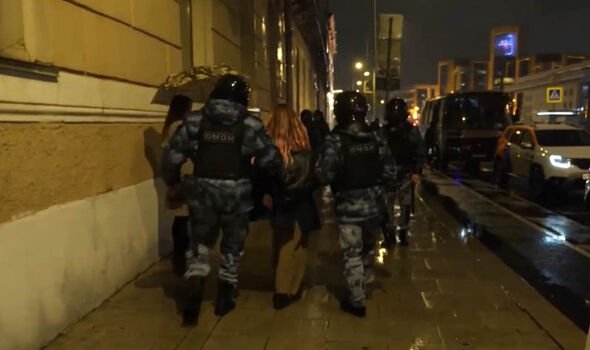 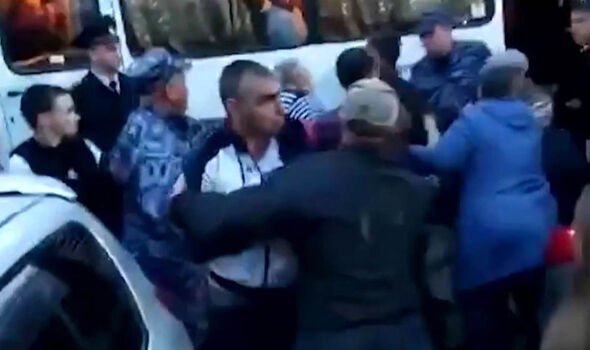 Putin on Wednesday ordered the first mobilisation since World War Two, sending some Russian men heading swiftly to borders, with traffic at frontier crossings with Finland and Georgia surging and prices for air tickets from Moscow rocketing.

Protests throughout the country have taken place since Wednesday as discontent with the policy threatens the war in Ukraine.

Frustration has even spread to pro-Kremlin media, with one editor at the state-run RT news channel complaining that problems like call-up papers being sent to the wrong men were “infuriating people”.

When asked on Saturday why so many Russians were leaving the country, foreign minister Sergei Lavrov pointed to the right of freedom of movement. 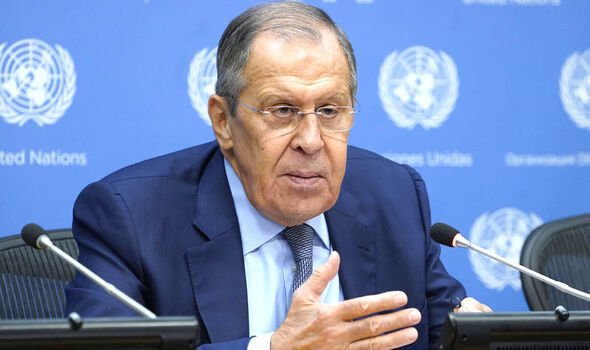 Lavrov addressed the UN General Assembly and the world’s media on Saturday, casting opposition to Russia’s assault on its neighbour as limited to the United States and countries under its sway.

But nearly three-quarters of countries in the assembly voted to reprimand Russia and demand it withdraw its troops shortly after the February 24 invasion that Russia calls a special military operation.

Russia’s military campaign has killed tens of thousands, left some Ukrainian cities as wasteland and triggered Russia’s biggest confrontation with the West since the 1962 Cuban Missile Crisis.

Ukraine and Russia traded blame for missile strikes and shelling in various parts of the south and east. Ukraine’s military said early on Sunday that Russian forces had launched dozens of missile attacks and air strikes on military and civilian targets, including 35 “settlements”, in the past 24 hours.