German Chancellor Angela Merkel stood firm behind the proposal put forward by European Commission President Ursula von der Leyen. The blueprint calls for the EU to collectively raise €750 billion on the international markets before distributing €500 billion in grants and €250 billion in loans to pandemic-stricken regions and industries across the bloc. But the recovery fund – dubbed “Next Generation EU” – has received considerable opposition from the fiscally conservative states, such as Sweden, Austria, Denmark and the Netherlands.

The so-called Frugal Four want the money distributed with strings attached, meaning countries could be forced to sign up to austerity measures in order to access the cash.

They have also called for the fund to be smaller and more of the cash to be distributed in the form of low-cost loans.

Mrs von der Leyen’s proposal is based largely on a Franco-German model that was released by Paris and Berlin earlier in the year.

EU leaders are due to discuss the plans to save the virus-ravaged bloc on July 17 and 18 at a summit in Brussels. 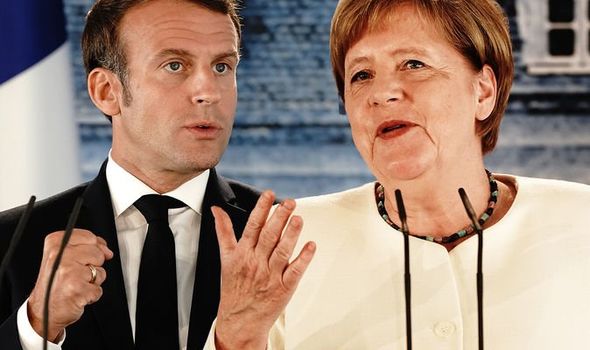 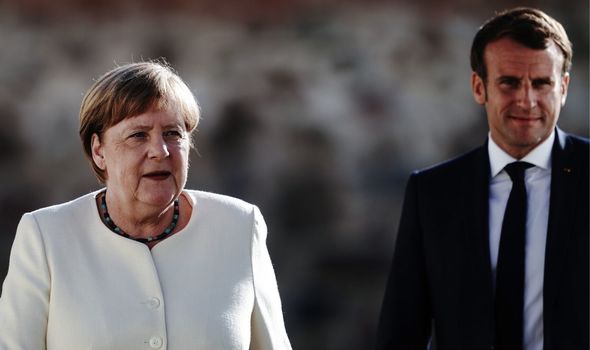 In preparation for the showdown, Mrs Merkel hosted Mr Macron in Meseberg, Germany, in order to strike up a joint position.

She told reporters: “Talks won’t fail because of us.

“But there will be no new proposal.” 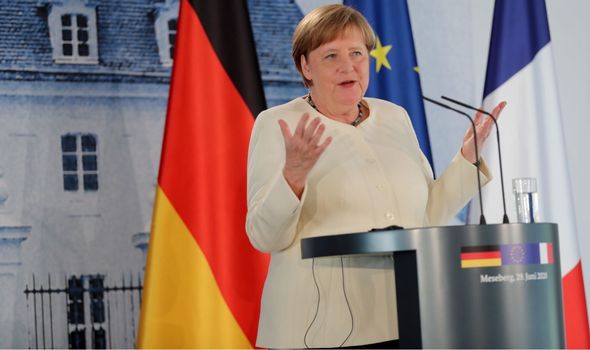 Mr Macron added: “We have reached a moment of truth for Europe.

“With this resolute Franco-German commitment, we can turn it into a moment of success.”

The bloc is set to be hit by the deepest recession in Europe since the Second World War. 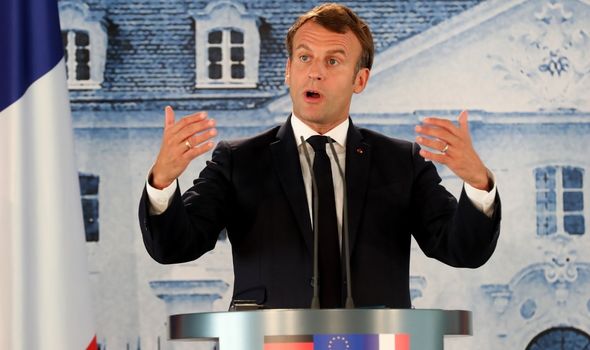 Mr Macron said: “We hope we can find a solution, even if there is still a long way to go.”

The EU aid package would offer support to the bloc’s hardest-hit economies like Spain, Italy and Greece.

Their economies are all forecast to shrink by at least 10 percent this year.

These southern countries have maintained consistently high public debt levels while their neighbours in the north have taken a more fiscally conservative attitude to spending.

This has prompted fears that funds could be misused by Madrid, Rome and Athens.

Italy, Spain and Poland would be the biggest beneficiaries from the grants under the initial proposals put forward by the European Commission.