Man and his five camels rescued after steep fall 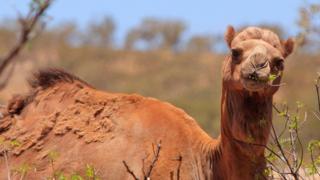 A man, a dog and five camels have been rescued by police after they fell down a steep slope during a walk in the Australian bush.

The 38-year-old man and his party were on a track near the town of Jamieson in Victoria when one of the camels lost its footing.

Because they were tied together, the whole pack and the man were pulled down, authorities told the BBC.

No one was seriously injured but the rescue spanned nearly four hours.

“Basically – chap was out with his camels. One fell, dragged some others, and that’s led to the whole ship going down,” said Country Fire Authority district commander Paul Horton.

He said police were notified around 15:00 on Sunday local time (05:00 GMT), after the man, who was a visitor to the area, activated his emergency radio beacon – which was registered to a server 15,000 km (9,300 miles) away in the United States.

This then bounced to authorities in Canberra – Australia’s capital city- who beamed the message to Victorian Police.

Mr Horton told the BBC: “Police sent a helicopter to investigate… they just assumed it was going to be one person, perhaps a winch rescue, and everyone would be fine.

“Of course they get on scene and there’s definitely more than one person involved.”

Animals ‘coaxed’ back up

With a vet on standby, backup responders were then called to the scene where they managed to slowly “coax” the animals back up the embankment.

As one of the animals appeared to be injured, rescuers also prepared the use of a sling to “manoeuvre the beast back onto the track”.

“But it managed to scramble its way back up there, and be re-united with its mates,” Mr Horton said.

“And they were all safely walked back to a safe place to stay last night. Long story short – we’re just glad it ended well,” he said. 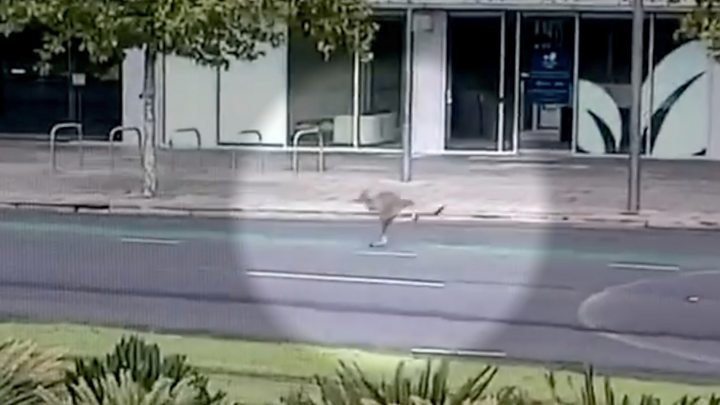 Camels are not a common pet in the region although some farms use the animals for milk and cheese products.

Victoria Police said their investigation into the “exact circumstances” of the incident remained ongoing.

Reporting by the BBC’s Frances Mao