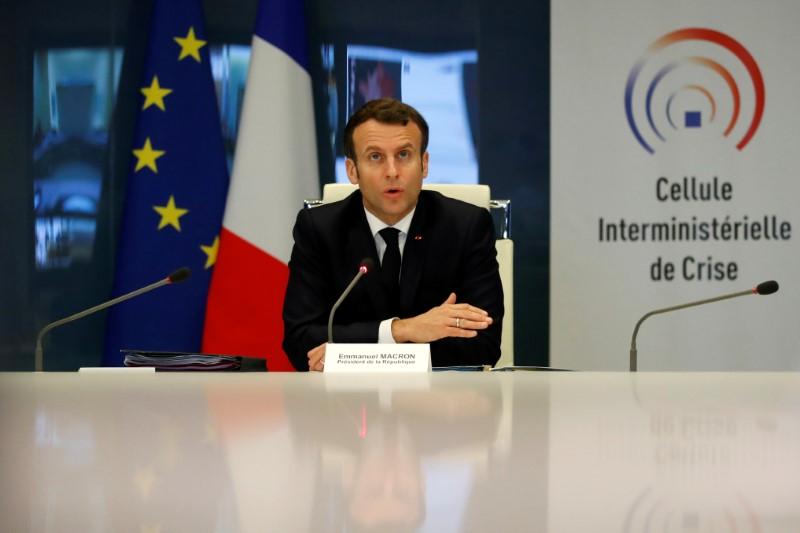 PARIS (Reuters) – French President Emmanuel Macron’s popularity rating jumped to a more than two-year high, according to an opinion poll published on Friday, showing his handling of the coronavirus crisis was being given a big vote of confidence.

Some 51% of the French “have confidence” in Macron, according to a Harris Interactive opinion poll for LCI television, a 13-point increase compared to the previous month and the highest since January 2018.

“Rarely has such a change been observed,” head of political polling Jean-Daniel Levy said in a note attached to the poll. “The last time a head of state benefited from such a marked increase was during the January 2015 attacks.”

The poll was taken after Macron earlier this week ordered stringent restrictions on people’s movement to slow the spread of the coronavirus, in a televised address watched by a record 35 million people, over half France’s population.

France had already shut down restaurants and bars, closed schools and put ski resorts off limits, but Macron said measures unprecedented in peacetime were needed as the number of infected people doubled every three days and deaths spiraled higher.

It is the first time in two years that Macron’s popularity has crossed the 50% mark in this poll, after falling as low as 31% in December 2018, in the midst of the yellow-vest rebellion sparked by unpopular pro-business reforms and his governing style.