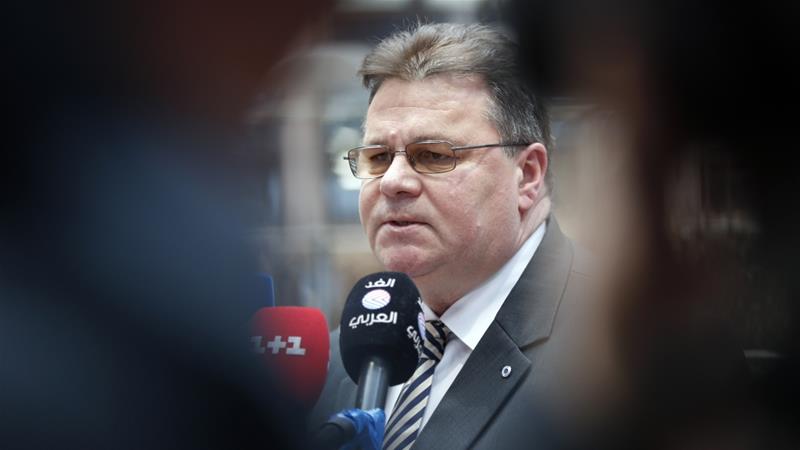 Lithuania has announced that individuals affiliated with the Lebanese Shia Hezbollah movement will be banned from entering the country, in a moved welcomed by Israel, which sees the group as a regional threat.

Lithuanian Foreign Minister Linas Linkevicius said the country stands beside the United States, Germany, the United Kingdom and the Netherlands, which declared Hezbollah in its entirety “a terrorist group”.

Most other European Union states distinguish between the group’s military and political wings, only classifying the former as a “terrorist” entity.

“Having taken into consideration the information acquired by our institutions and partners, we may conclude that ‘Hezbollah’ uses terrorist means that pose [a] threat to the security of a significant number of countries, including Lithuania,” Linkevicius said in his statement.

The 10-year ban was decided by the Migration Department, based on information about listed people within Hezbollah who posed a national security threat to Lithuania, according to the statement.

Hezbollah, founded in Lebanon in 1982, has been blamed for numerous attacks on Israel and has ties to Iran.

Israeli Foreign Minister Gabi Ashkenazi praised Lithuania’s decision. “I call on all European countries to join the decision and outlaw the terrorist organisation,” he said.

Linkevicius also said: “We support [the] peaceful people of Lebanon and their wish for their country to implement necessary reforms.”

Hezbollah was part of the Lebanese government which resigned on Monday amid protests over a deadly explosion at the Beirut port.