Amer Fakhoury is accused of overseeing torture of thousands and killing of several inmates at the notorious prison. 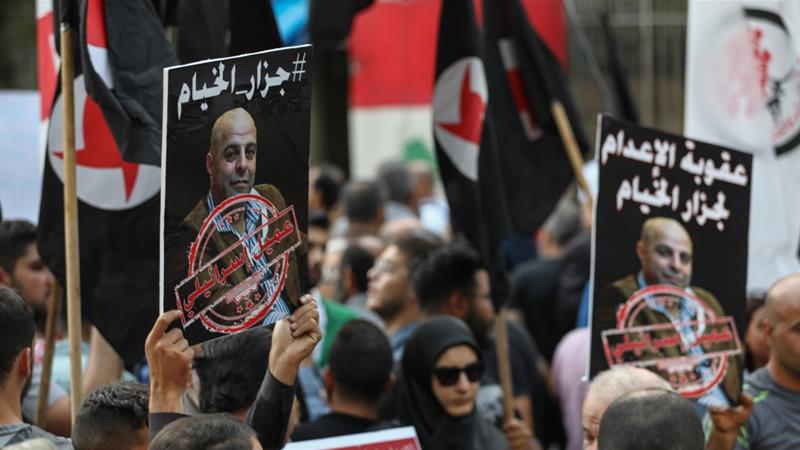 Beirut, Lebanon – Lebanon’s military court has dropped charges against a former member of an Israel-backed militia accused of overseeing the torture of thousands of people at a notorious south Lebanon prison decades ago.

The charges against Lebanese American Amer Fakhoury, who was a former member of the now-disbanded South Lebanon Army (SLA) – a proxy militia backed by Israel during the 1982-2000 occupation of Lebanon, were dropped because the statute of limitations had expired, the state-run National News Agency (NNA) reported on Monday.

More than a decade has passed since the alleged crimes of kidnapping, imprisoning and torturing Lebanese people were committed in 1998, the NNA said, as the court ordered his immediate release unless there are other criminal charges against him.

Fakhoury is accused of overseeing the torture of thousands at the Khiam Prison in the 1980s and 1990s and being personally involved in the murder of several detainees, earning him the nickname, the Butcher of Khiam.

He fled Lebanon along with hundreds of other former SLA members after Israel withdrew from the country in 2000, eventually settling in the US state of New Hampshire.

He was arrested after he entered Lebanon in September.

However, a civil case against Fakhoury by former inmates of the Khiam Prison is continuing in a Beirut court on charges that he arrested, imprisoned and tortured them.

‘Insult to the freed’

Nabih Awada, a former inmate at Khiam and one of the plaintiffs in the case, said Fakhoury had threatened to kill him shortly before he was released from Khiam Prison in 1998.

“He had said he would kill me by shooting me,” Awada told Al Jazeera, recalling that Fakhoury was a top-level commander at the prison.

“The decision by the Lebanese court today to let this man free is an insult to the freed detainees and their families and a submission by Lebanese authorities to the legacy of the Israeli occupation,” he said.

Rights groups and hundreds of former inmates of the Khiam Prison have said it was a site of torture and illegal detention during the Israeli occupation, charges denied by Israel.

The prison was turned into a memorial following Israel’s withdrawal, but Israeli forces destroyed it during the 2006 war with Hezbollah.

Lebanon had been under US pressure to release Fakhoury, with Washington giving $1.7bn in aid to Lebanon’s armed forces since 2006.

But Fakhoury’s arrest – coupled with the influence of Iran-backed Hezbollah in the Lebanese government – invited threats of US sanctions.

Last year, US President Donald Trump withheld $105m in aid to the Lebanese army as some in Washington called for a more hawkish policy vis-a-vis Lebanon.

In January, US Senator Jeanne Shaheen said she was drafting a sanctions bill “to hold those accountable who are complicit in Mr Fakhoury’s arrest”.

“Time is of the essence and the Lebanese government needs to understand there will be consequences for his continued detention,” Shaheen, member of the Senate Committee on Foreign Relations, had said in a statement at the time.

Aya Majzoub, Lebanon researcher for Human Rights Watch, told Al Jazeera that Fakhoury’s acquittal, “reportedly due to a US threat to impose sanctions, makes a mockery” of Lebanon’s justice system.

Awada suspected that the US influence played a leading role in the military court’s decision.

“Political forces and the judiciary in this country bow to the Americans,” he said.

Majzoub noted that Fakhoury’s release underscored the need to reform the 2017 anti-torture law, which sets a 10-year statute of limitations on prosecution of torture.

“Fakhoury is set to walk away scot-free despite credible evidence pointing to his involvement in the torture of thousands and the murder of several detainees at the infamous Khiam Prison,” Majzoub said.

“Parliament should urgently amend the anti-torture law and remove the statute of limitations so that the victims of such grave crimes are not denied justice.”