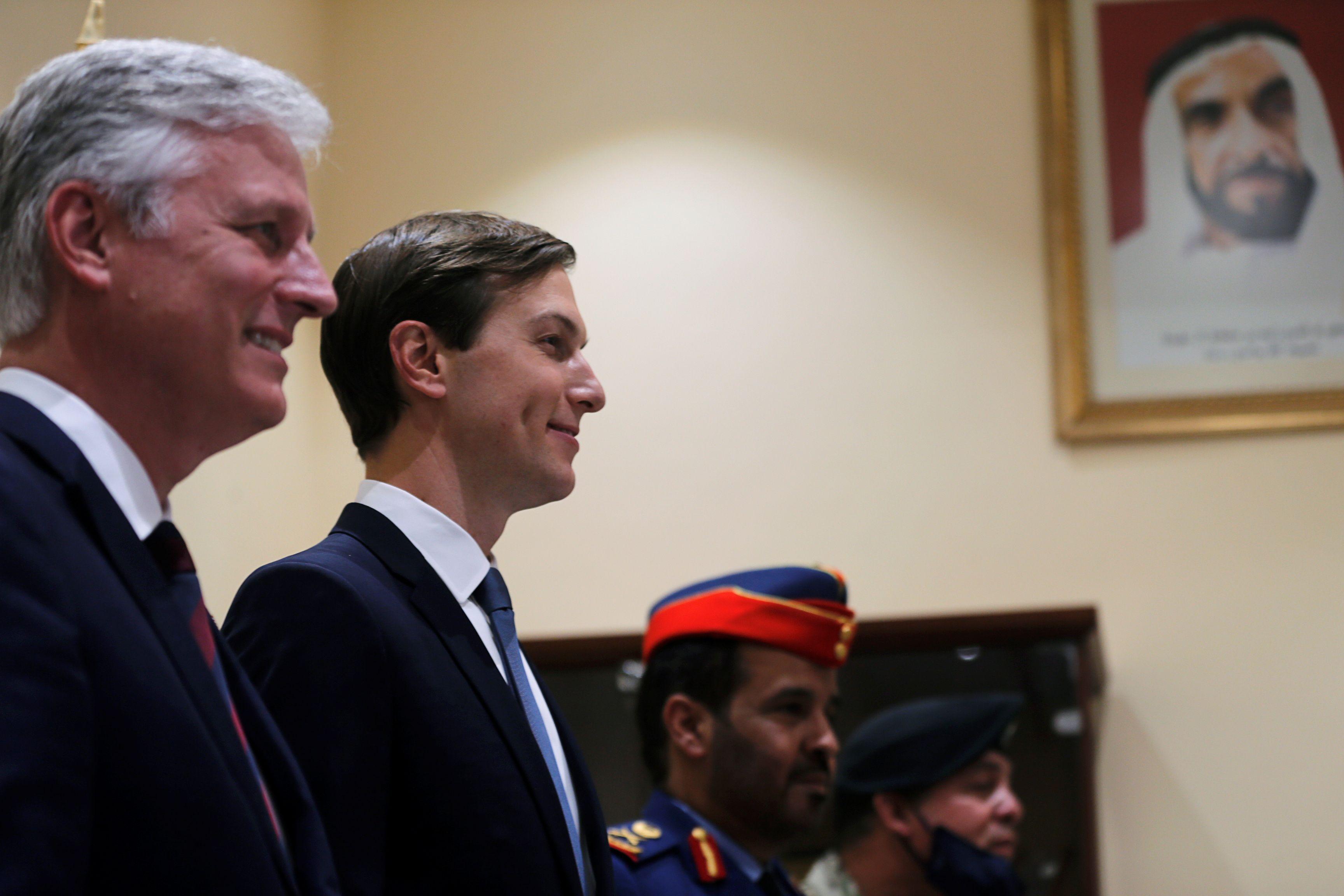 DUBAI (Reuters) – White House adviser Jared Kushner hopes another Arab country normalizes ties with Israel within months, he said, after arriving in the United Arab Emirates accompanied by Israeli officials on the first commercial flight between the countries.

No other Arab state has said so far it is considering following the UAE, which agreed to normalize ties with Israel in a U.S.-brokered deal announced on Aug. 13. Several have ruled out normalization under current conditions.

Israel’s neighbors Egypt and Jordan reached peace deals with it decades ago, but other Arab states have long held the position that Israel must agree to give more land to the Palestinians for a state before ties can be normalized.

Israel and the United States have said they are pushing more Arab countries to follow the UAE’s path. Israel’s intelligence minister has mentioned Bahrain and Oman. Kushner will next visit Bahrain, Saudi Arabia and Qatar on his Gulf tour.

The UAE-Israel deal was welcomed by some Gulf countries but has been met by overwhelming Palestinian opposition.