Kosovo war: EU fears historic bloodbath could be repeated — What happened in conflict?

The EU has urged Serbian and Kosovan leaders to dial down the talk of war amid renewed tensions. The bloc’s foreign policy chief Josep Borrell will hold a meeting between Kosovo’s Prime Minister Albin Kurti and Serbian President Aleksandar Vucic in Brussels on Thursday. EU efforts to avoid a new conflict come after tensions flared last month over a new Kosovan law.

Violent protests broke out as Serbians blocked border crossings and fired shots at police officer as Pristina, the capital of Kosovo, planned to make Kosovan ID card and car registration plates mandatory for everyone, including Serbs living in Kosovo.

Kosovo has agreed to delay its mandate for 30 days until September 1 after the EU negotiations take place.

Brussels fears that the Kosovo conflict of 1998-1999, in which more than 10,000 people died, may be repeated amid the current tensions, which were dubbed a “tinderbox” by an EU official who spoke to the Financial Times.

Belgrade has not recognised Kosovo’s sovereignty since the former Serb province unilaterally declared independence in 2008.

The declaration of independence came after a period of worsening relations among Kosovo’s Serb and mainly Albanian residents. 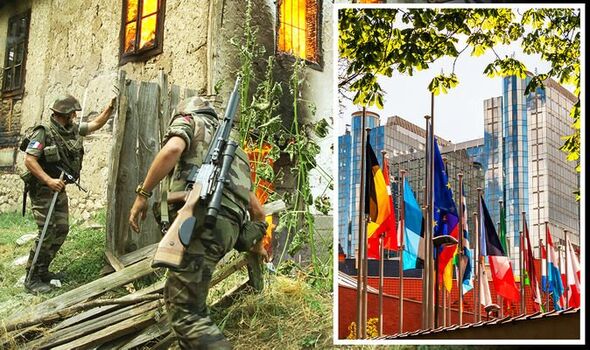 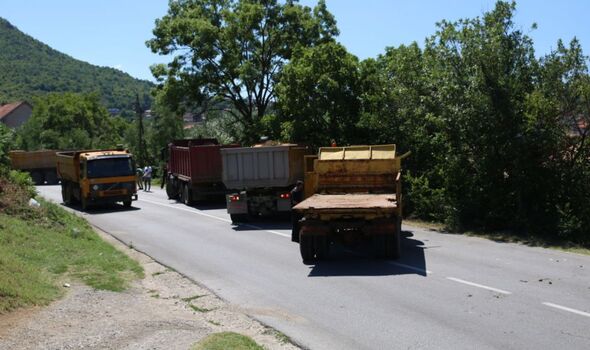 The state’s independence has been acknowledged by the US and the EU, although Kosovo is not a member of the bloc.

EU candidate country Serbia, which is backed by Russia, has refused to recognise Kosovo’s sovereignty.

After Yugoslavia broke apart in the Nineties, Serbia launched a crackdown on Kosovo Albanians.

Serbia was at the time led by President Slobodan Milošević, a brutal dictator who was later convicted of war crimes.

He first swept to power in 1989, and later ethnically cleansed more than 800,000 Albanians from their homes in Kosovo. 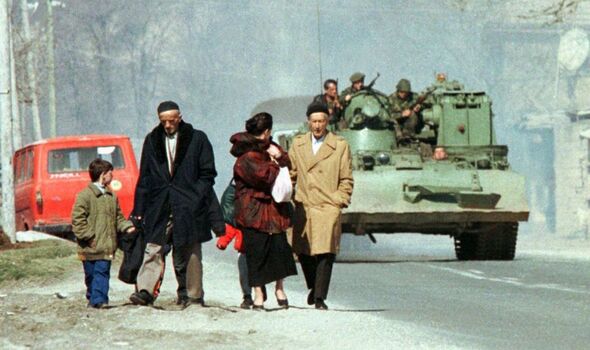 As pressure grew in the run-up to the Kosovo war, a conflict also broke out in nearby Bosnia, which had also declared independence.

When Bosnia threatened to follow other nations in leaving Yugoslavia in 1992, Milošević invaded Serbia’s neighbour.

The war there killed an estimated 100,000 people, including the more than 7,000 men and boys who were executed in the 1995 Srebrenica massacre.

Meanwhile, in 1996, the rebel Kosovo Liberation Army (KLA) ramped up its attacks against the Serbian authorities.

NATO conducted air strikes against Bosnian Serbs, which encouraged them to negotiate but it was unable to resolve the Kosovo issue.

DON’T MISS:
Inflation in Europe and around the world: Staggering data reveals major impending crisis [LATEST]
Arson behind almost HALF of fires in England as fire crews struggle during the hot weather [INSIGHT]
Is YOUR surname on the list? THOUSANDS of unclaimed estates sitting idle [ANALYSIS] 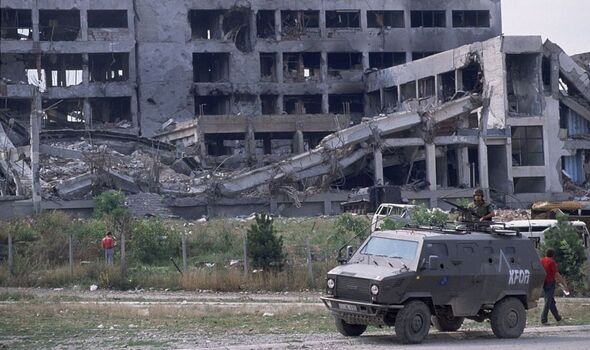 The violence between the KLA and Serbian authorities continued before the Kosovo war officially began in February 1998.

NATO then began major aerial attacks on Serb targets, which Yugoslav and Serbian forces responded to with ethnic cleansing against Albanians in Kosovo.

The Western-backed alliance eventually pressured the KLA to demilitarise, and Yugoslav and Serbian forces withdrew from Kosovo in 1999, and a UN-backed government then took over.

On Sunday an EU spokesperson warned Kosovo and Serbia of the risks of warlike rhetoric, although did not refer explicitly to the historic conflict. 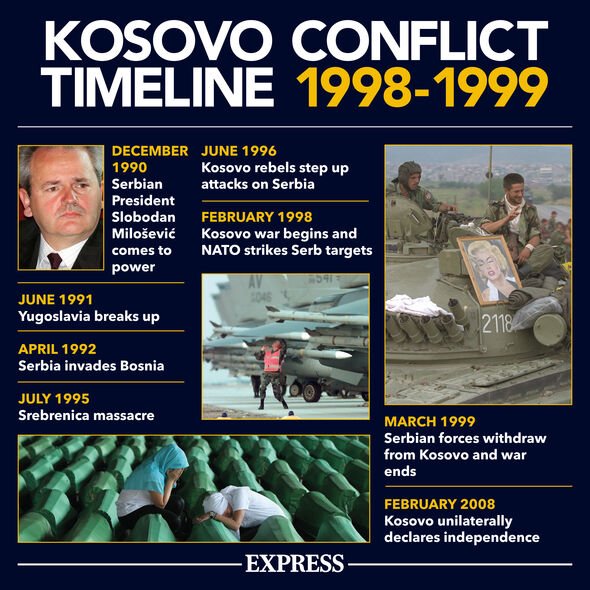 They said: “The recent increase of inflammatory rhetoric between officials of Kosovo and Serbia, in particular the statements about war and conflict in the Western Balkans are of great concern.

“Senior politicians of the two Parties will be held responsible for any escalation that leads to any increased tensions and, potentially violence in the region.

“Both Parties must immediately put an end to mutual hostilities and dangerous statements and act responsibly.”

They also called for a normalisation of relations between Kosovo and Serbia, which the EU says can be achieved through a “comprehensive legally binding agreement”.