Kids released by ICE could be separated from parents on Friday

More than 100 children set to be released by July 17, but a federal judge will rule on their parents release next week. 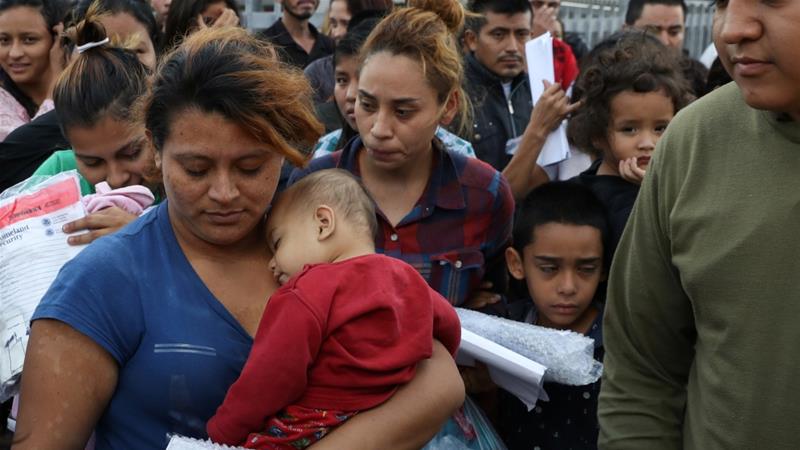 The scheduled release of roughly 124 children from United States Immigration and Customs Enforcement (ICE) detention could present families with further separation, an issue for which the immigration enforcement agency has previously faced heated criticism, or further detention.

Immigrant children held by ICE will be eligible for release on Friday, after a federal judge ruled in June the US government must release children held in three family detention centres that hold roughly 335 people by mid-July, citing dangers of the coronavirus pandemic behind bars.

Judge Dolly M Gee of the US District Court for the Central District of California decided the case and called for swift removal of children in ICE detention centres in Texas and Pennsylvania.

The case cited concerns about ICE’s compliance with Centers for Disease Control and Prevention guidelines related to the coronavirus pandemic.

But Judge James Boasberg of the US District Court for Washington, DC said he would not rule on whether immigrant parents held in family detention centres should be released until next week, meaning families and children would possibly be unable to exit detention at the same time.

US news organisation NBC reported that a potential outcome could be that parents would remain with their children until all are able to exit detention.

This arrangement has happened in the past, most recently in May when all 366 people in ICE family detention centres declined to be separated.

At least three immigrants have died from COVID-19, the disease caused by the novel coronavirus, in ICE custody.

The latest was Onoval Perez-Montufa, a 51-year-old from Mexico, who died on July 12 in a Florida hospital.

Perez-Montufa had “been receiving inpatient treatment since July 1” after exhibiting symptoms, ICE said in a statement.

Roughly 3,200 people held in ICE custody have tested positive for the virus, according to the latest figures from the agency.

Gee court ruled that parties will have a video conference on August 7 to discuss compliance with the order on releasing children.