JERUSALEM (Reuters) – Prime Minister Benjamin Netanyahu struck back on Sunday at demonstrations calling for his resignation, accusing protesters of trampling democracy and the Israeli media of encouraging them. 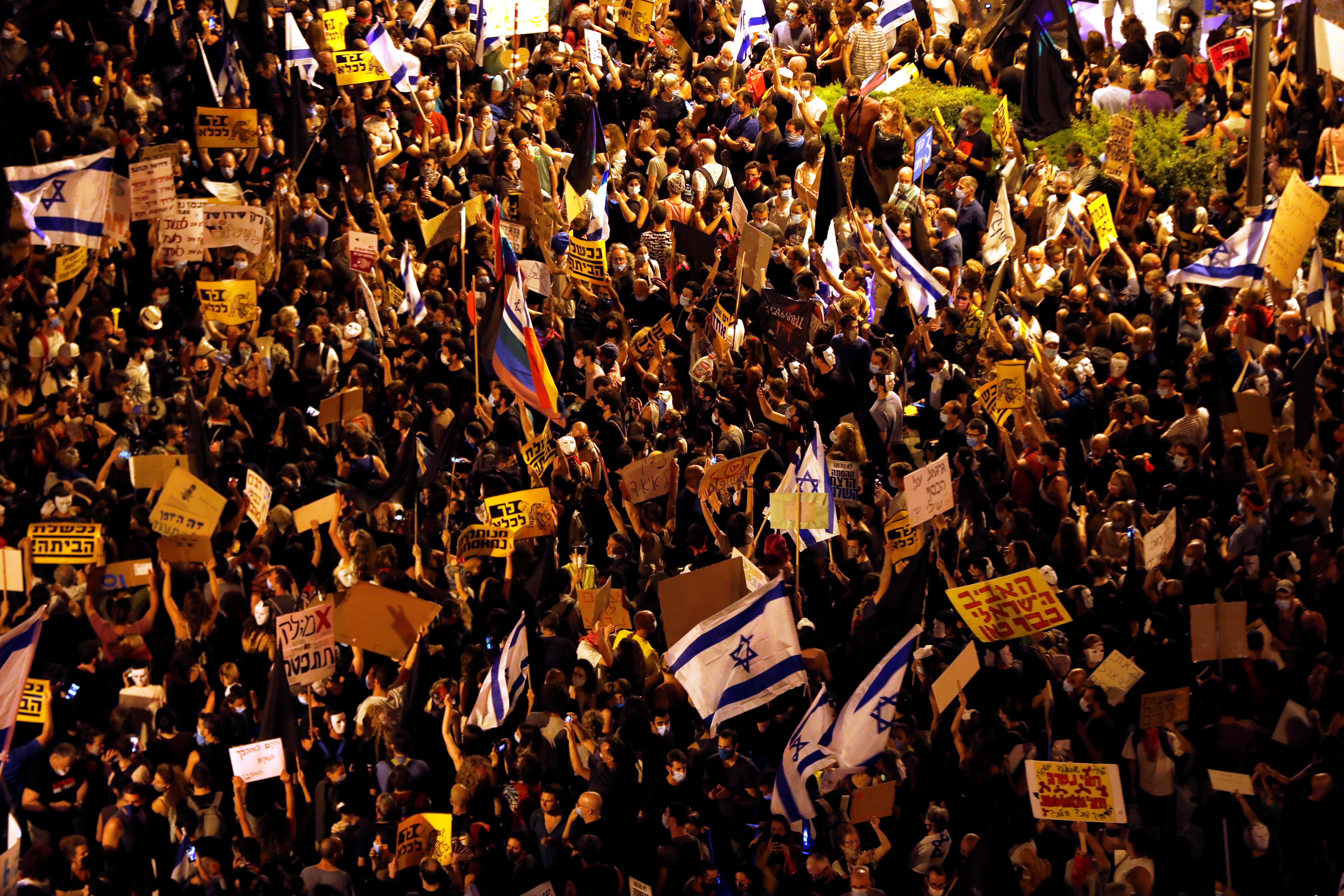 Netanyahu, who was sworn in for a fifth term in May after an election, has often complained of press bias against him, and some of the charges he faces in a corruption trial relate to alleged attempts to seek favourable coverage from media barons in return for state favours.

Thousands of Israelis have been taking to the streets, including outside Netanyahu’s Jerusalem home, to protest against alleged corruption and economic hardship stemming from lockdowns during the coronavirus crisis.

Netanyahu, who heads the right-wing Likud party, has denied wrongdoing in the three graft cases against him.

Criticising the protests and media at the weekly cabinet meeting, Netanyahu said that while demonstrators portray their campaign as an attempt to “preserve Israeli democracy, I see it as an attempt to trample democracy”.

“These demonstrations are fuelled by a media mobilisation, the likes of which I can’t remember,” he said, accusing the Israeli press of “North Korean-like” uniformity in its alleged bias against him.

“They do not report the demonstrations – they participate in them. They add fuel,” said Netanyahu, who returned as prime minister in 2009 after a first term from 1996-99.

Netanyahu, 70, said no one was trying to restrict the demonstrations, in which many of the protesters are young Israelis. Opinion polls have shown his popularity in decline.

“The right to protest is the lifeblood of democracy,” Gantz said at the cabinet meeting.

Legislator Tamar Zandberg of the opposition left-wing Meretz party said in a statement that Netanyahu was “marching in the footsteps of dark regimes”.