NEAR JERICHO, West Bank (Reuters) – The Israeli government faces calls from campaigners to declare sovereignty over ancient Jewish ruins on land in the occupied West Bank that Israel does not plan to annex under U.S. President Donald Trump’s peace blueprint. 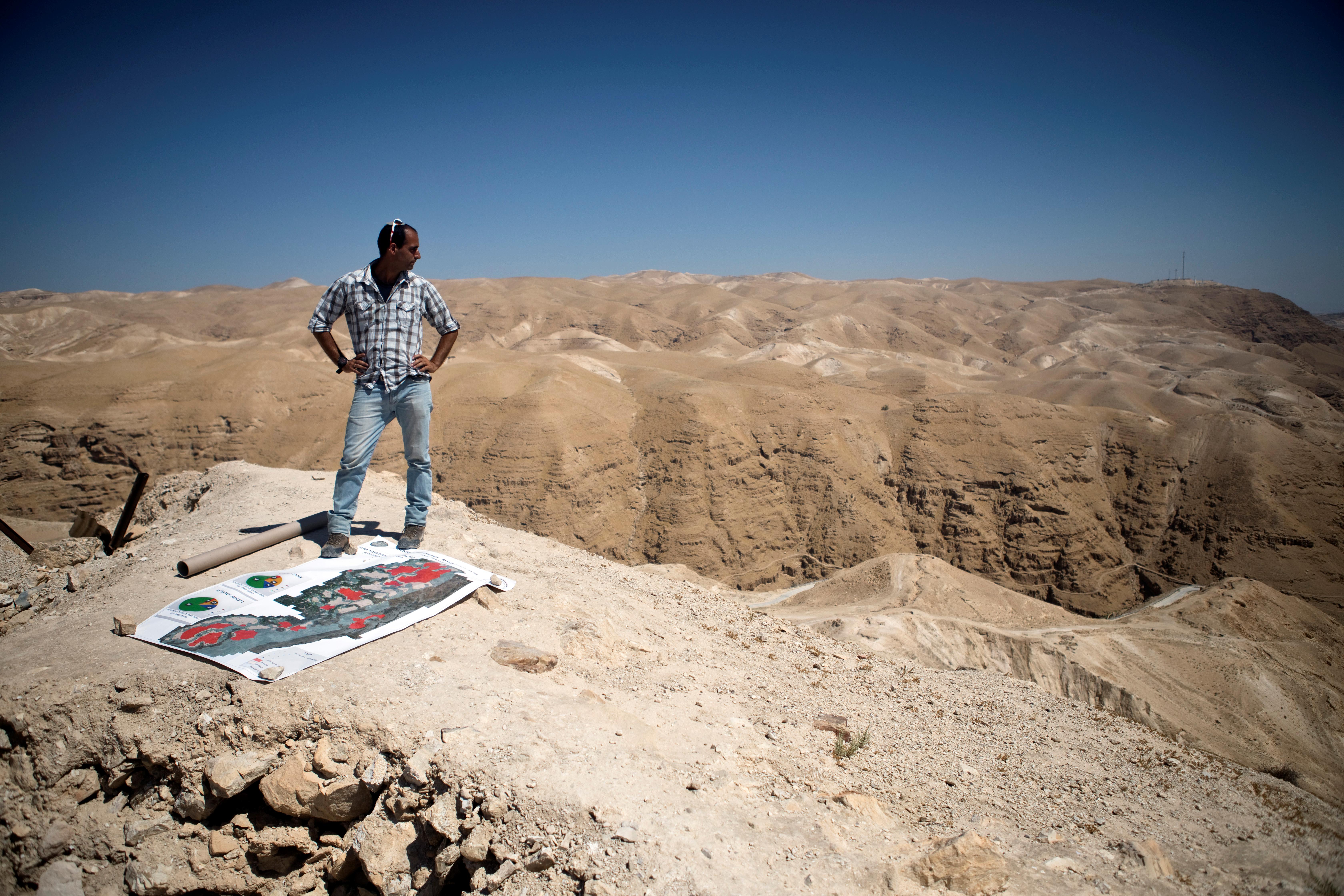 The annexation plan, which the government is due to start discussing as of Wednesday, envisages Israel annexing Jewish settlements and the Jordan Valley – some 30% of the West Bank. Under Trump’s plan, a Palestinian state would be created in the rest of the West Bank, occupied by Israel since a 1967 war.

An Israeli advocacy group called “Safeguarding Eternity” is worried about what will happen to Jewish archaeological sites on parts of the West Bank not included in Trump’s annexation map.

It wants Prime Minister Benjamin Netanyahu’s government to guarantee Israeli control over sites such as the remnants of hilltop Hasmonean and Herodian forts dating back two millennia, and hundreds of ruins from earlier Jewish rule.

“This entire plan – its right, its essence – is the connection of the Jewish people to their land and our heritage,” Eitan Melet, a director of Safeguarding Eternity, said as he stood among a jumble of limestones that were the foundation of the desert fortress of Cypros, overlooking the Palestinian city of Jericho.

“If we don’t take our heritage sites into account, this plan has no right to exist at all.”

The Israeli government has not commented on the campaigners’ demands. The Palestinians reject Trump’s blueprint and Israel’s plan to annex territory they seek for a future state.

Assaf Avraham, an archaeologist at Israel’s Bar-Ilan University, said he too was worried about the fate of archaeological sites in the West Bank.

“If these areas are not in the hands or under the sovereignty of (authorities) that know how to take care of and maintain archaeological sites, and which have the motivation to do so, we really fear for these places,” he said.

The Palestinian Tourism and Antiquities Ministry dismissed such concerns.

It said in a statement that it is “able to protect and preserve the cultural heritage sites under Palestinian control, as maintenance and restoration work is carried out continuously”.

The Palestinians say Trump’s plan is biased, and most world powers view Israel’s settlements in the West Bank as illegal.