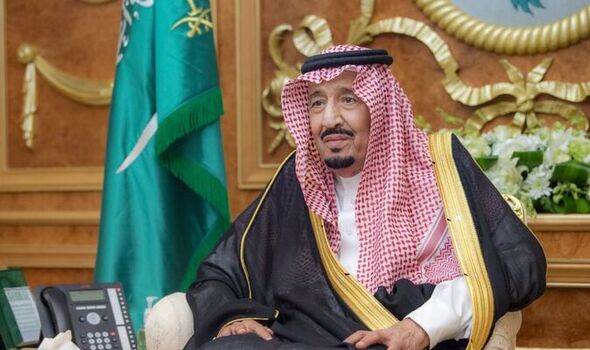 Saudi Arabia has reportedly shared intelligence with counterparts in the US which suggests an attack on the kingdom from Iran is imminent. US officials have said that the warning has put it and other Middle Eastern nations on high alert.

The US, Saudi Arabia and several of its neighbouring countries have raised their military alert level, a US official told the Wall Street Journal.

Officials in the kingdom, ruled by Mohammed bin Salman, are said to believe that Iran is poised to carry out attacks on Saudi targets and on Erbil in Iraq, in an effort to distract from the widespread protests that have been overtly critical of the Iranian Ayatollah’s regime.

A US National Security Council spokesperson said: “We are concerned about the threat picture, and we remain in constant contact through military and intelligence channels with the Saudis.

“We will not hesitate to act in the defense of our interests and partners in the region.”

Iran already attacked the Kurdistan region in the north of Iraq, the capital of which is Erbil, a matter of weeks ago.

On September 24, its armed forces shelled the offices of Iranian opposition parties.

The latest threat comes amid a wave of demonstrations – both in Iran and around the world – which were sparked by the death of Mahsa Amini, a 22-year-old, while in the custody of the nation’s so-called morality police on September 16.

She was detained for allegedly violating the Islamic Republic’s strict dress code for women.

The protests about women’s rights have since swept across the entire country, in the strongest domestic challenge to the Ayatollah Khomeini’s authoritarian regime since the 1979 revolution.

Demonstrators have bravely shown their public anger in the face of security forces’ attempts to quash dissent.

Human rights groups believe that since the protests began, some 270 people have been killed by the authorities, and a further 14,000 arrested.

The protests have focused on Iran’s laws which mandate that women must wear a hijab while in public.

The anger towards the regime has been compounded by soaring inflation, high unemployment and a weak economy.