Hundreds of Belarus protesters say they were beaten by police, demand justice

MOSCOW (Reuters) – Artur Khomenko, an entrepreneur from Minsk, said police officers began beating him with their fists and truncheons after they detained him on the fourth night of huge protests that have weakened Belarusian leader Alexander Lukashenko’s grip on power. 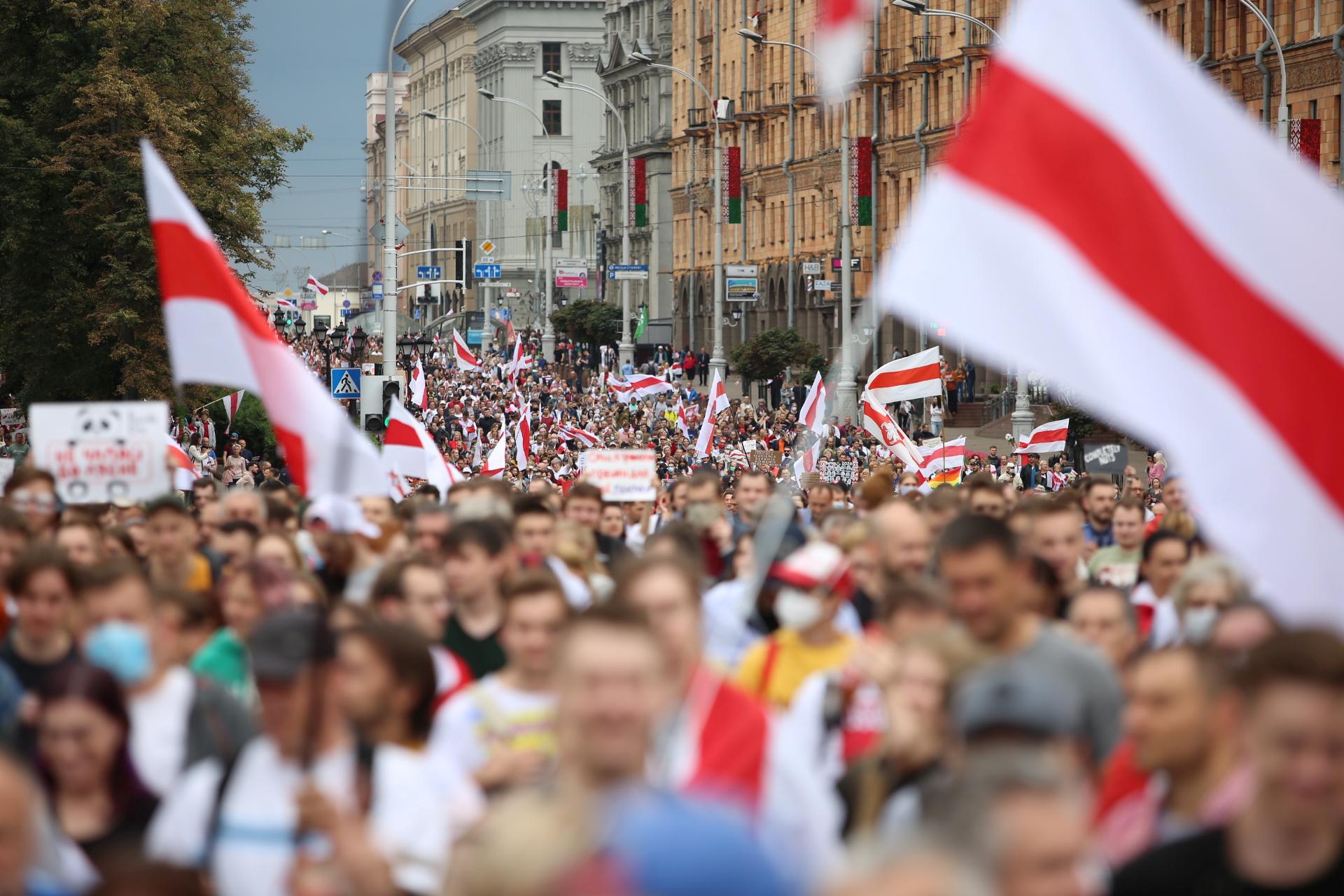 Then they pulled down his underwear and threatened to rape him with a truncheon, before beating him and making him kneel handcuffed on the floor face down for four hours, he said.

Khomenko spent most of the next week in the Emergency Hospital in Minsk with searing head pain and partial hearing loss in one ear. The hospital declined to comment.

Doctors diagnosed him with a traumatic brain injury, concussion and bruising across his head and body, medical records reviewed by Reuters show.

“I didn’t think this was possible in Europe in the 21st century. Some (countries) make driverless cars, prepare to send spaceships to Mars, but there they just maim people and kill,” the 47-year-old father of five told Reuters.

Khomenko filed a complaint to police. Reuters has seen an order from an official at the Investigative Committee, which handles investigations into major crimes.

The official instructed him to get his injuries assessed by a medical specialist. Khomenko said he did, but has not heard anything back about whether a case would be opened.

His experience is not unique. Valentin Stefanovich, deputy head of the Spring human rights group, said it had identified 500 cases of police torture across the former Soviet republic since Lukashenko won a disputed presidential election on Aug. 9.

The Interior Ministry and the Investigative Committee did not reply to requests for comment about the specific injuries sustained by protesters who Reuters spoke to and who alleged abuses.

When asked whether cases would be opened against police, the Committee’s spokesman said it had carefully reviewed all the allegations, but had not yet identified any cases of police torture that would merit a criminal investigation.

New complaints were still being made, he added. The Committee said on Aug. 17 that 700 people had filed complaints over physical injuries they alleged they received while being detained or in custody.

United Nations human rights investigators said on Sept. 1 that they had received reports of hundreds of cases of torture, beatings and mistreatment of anti-government protesters by police in Belarus and urged the authorities to stop any such abuse.

“They talk about the cruelty of Belarusian police, and I would like to say this: there are no police anywhere in the world that are more humane (and) moderate.”

The protesters accuse Lukashenko of rigging his landslide election victory and demand that he step down, presenting him with the biggest crisis of his 26-year rule.

The president has praised the work of the police. On Aug. 13, he signed an order awarding medals “for impeccable service” to some 300 law enforcement officials, including riot officers, police van drivers and prison guards.

On Aug. 17, he also said that some protesters taken to the Okrestina detention center in Minsk had attacked police. He did not provide any evidence.

“It won’t be popular, but I’ll say it: the people on the receiving end at Okrestina were the people at Okrestina itself who hurled themselves at the cops. You know who I’m talking about,” he told a crowd of workers at the MZKT plant based in Minsk.

Olga Chemodanova, an official at the interior ministry which is in charge of the center in Okrestina, said she could not exclude the possibility that such attacks took place, but that it was a matter for the Investigative Сommittee.

The Investigative Committee was not immediately available for comment on this issue.

Khomenko said police detained him after stopping him in the street and noticing a picture on his phone of a red and white flag, a popular protest symbol. He acknowledged the image, but said he had not been taking part in the protests.

Reuters interviewed 12 Belarusians who claimed they were subjected to police abuse during their detention or while in custody.

A review of medical records from six of them showed a range of injuries including external and internal bruising, traumatic brain injury, concussion, a vertebral fracture and a damaged knee.

Three doctors at the Emergency Hospital in Minsk who requested anonymity told Reuters that one person with a damaged rectum had been treated there.

Two of them said the patient, whose identity they did not disclose, had said he had been raped with a truncheon. They did not provide the individual’s medical records.

Vladimir Rodchenko, a 32-year-old computer programmer, said he had been detained on Aug. 12 for holding up a sign with a portrait of a child who was injured during protests in the western city of Grodno.

The police there said they were looking into the incident, according to local media.

He said officers beat him repeatedly with truncheons across the buttocks and his right leg when he arrived at the police station, and across his arms, legs and stomach during questioning.

He said he had been unable to walk afterwards and was carried to a gymnasium where he and other detainees were made to kneel face down.

He spent nine days recovering in the Emergency Hospital in Grodno and has filed an official complaint demanding a criminal investigation be opened.

Reuters has seen an order from an official from the Investigative Committee, which, as in the case of Khomenko, requested that Rodchenko have a medical examination. He said he did, but has not yet heard whether a case would be opened.