How European populists are using coronavirus as a political tool 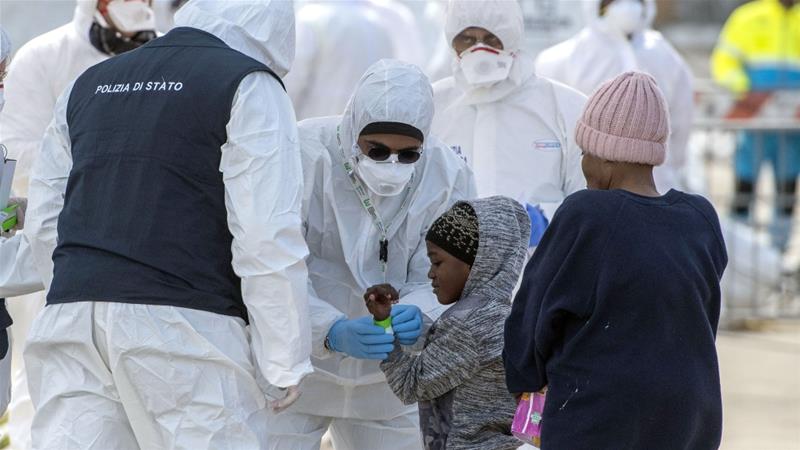 As more European countries announce coronavirus cases, Europe’s populist politicians are attempting to use the health crisis to serve their own political goals.

The COVID-19 virus affects about 86,000 people, 90 percent of whom are in China’s Hubei province, according to the World Health Organization (WHO).

More than 3,000 people have died from the virus, the overwhelming majority of them in China.

For Matteo Salvini, Italy’s former interior minister and leader of the far-right League party, the epidemic provides an opportunity to persuade Italians that their pro-European government is failing.

“If [Prime Minister Giuseppe] Conte is not able to defend Italy and Italians, he should step aside,” Salvini said, at the end of February.

“The infection is spreading. I want to know from the government who has come in and gone out. We have to seal our borders now.”

Italy on Tuesday surpassed Iran with the highest death toll outside China.

While anti-Chinese sentiment has spread worldwide, Salvini has also been stoking fears about African asylum seekers arriving in the country from Libya.

“Allowing migrants to land from Africa, where the presence of the virus was confirmed, is irresponsible,” Salvini told reporters last month.

At that time, Egypt was the only country to have reported one confirmed case. Since then, a handful of cases have appeared across the continent.

Two NGO rescue boats, Doctors Without Borders’ (Medicins sans Frontiers, MSF) Ocean Viking and Sea Watch 3, have been blocked in two Sicilian ports since February 23 and 27 respectively, as their passengers were placed under quarantine for two weeks.

The rescued migrants and refugees were brought to a nearby centre, while their crews are still on board. As a result, no NGOs are operating in the central Mediterranean. No cases of the virus have been detected on board.

“To put a rescue boat in quarantine is like stopping an ambulance in the middle of an emergency,” MSF Italy wrote on Twitter.

Free movement is one of the European Union’s fundamental principles.

Far-right parties in Germany and Spain have called for a suspension of the Shengen agreement, which allows passport-free travel among 26 member states in the European Union, criticising European leaders for prioritising the “dogma” of open borders over citizens’ health.

Some European health ministers, meanwhile, have reinstated their commitment to safeguarding free movement.

Andrea Ammon, director of the European Centre for Disease Prevention and Control (ECDC), said suspending the Shengen agreement was “not justified from a scientific perspective.”

Shengen rules allow countries to reinstate temporary border checks in case of exceptional threats to public policy or internal security. Austria, Denmark, France, Germany, Norway and Sweden have had them in place since 2015, the start of the refugee crisis.

“There has been a quasi-authoritarian push in some countries to close borders, and people like Salvini have used it to say migrants should not be let in,” Andrea Mammone, a lecturer in modern European history at Royal Holloway, University of London, told Al Jazeera. “But he can use it up to point, since most of the cases are in northern Italy.

“At the EU level, the strategy has been to avoid spreading panic.”