The bombs were dropped into the volcano by the US Army around 85 years ago as part of a bid to divert lava from flowing into Hilo, on the east side of Hawaii. Newsweek reports that the bombs were discovered by Kawika Singson, who was exploring the lava fields of Mauna Loa. He then got in touch with the Department of Land and Natural Resources, which confirmed the reason behind the bomb find, to tell of his discovery.

The Hawaii Volcano Observatory (HVO) also explained why the bombs had been dropped in the first instance.

Mr Singson took to Facebook to tell of his discovery, admitting he had “stumbled across” the bombs while out walking.

HVO claims that they were dropped in the centre of the world’s largest volcano on December 27, 1935.

On that occasion, around 20 bombs were dropped, loaded with approximately 35 pounds of TNT. 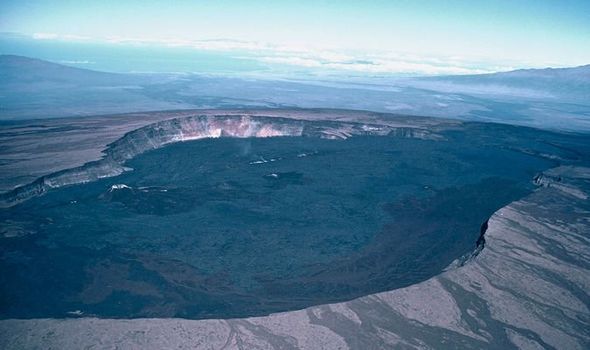 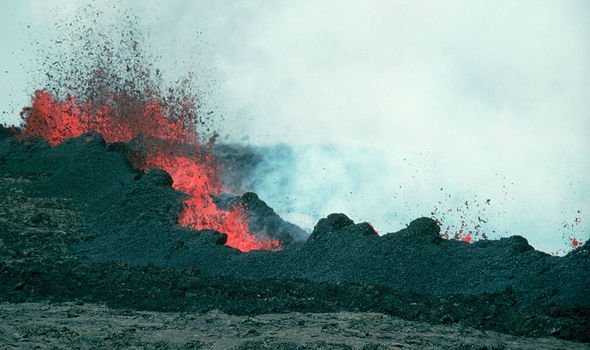 A further 20 pointer bombs were also dispatched to help with aim.

A statement on Facebook from HVO said: “The bombs were part of an effort to divert lava.

“A month after the 1935 eruption of Mauna Loa began, the lava pond at the base of Mauna Kea breached, sending a flow toward Hilo.

“Events leading up to bombs penetrating the thin pāhoehoe crust of the active 1935 Humu’ula lava flow are well known to volcanologists as the first test of using explosives to stall or divert a lava flow in Hawaii. 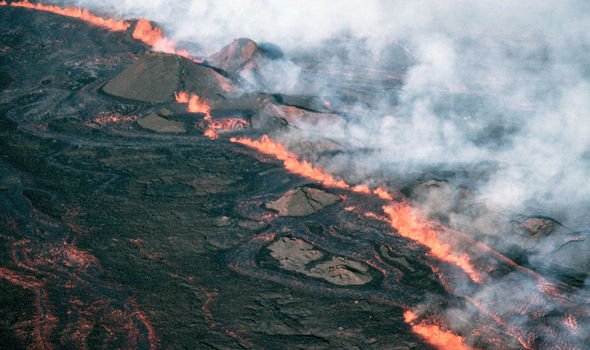 “Destroying a lava conduit to redirect a flow is one of three basic diversion tactics.

“However, lava diversion is the subject of great debate in Hawaii, with concerns about the success of influencing a lava flow’s progress and whether humans should interfere with natural processes and Pele.”

The idea of bombing the volcano to stem its flow was the brainchild of HVO founder Thomas A Jaggar.

At the time, he requested support from the US Army, which was granted. 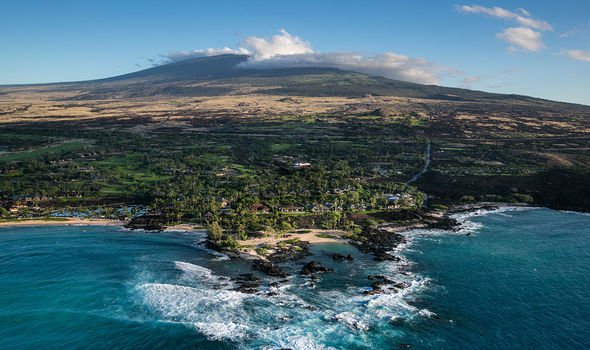 However, he was not the first person to attempt to bomb a volcano to help change the course of the flow of lava.

HVO say that the first instance was back in 1881, which was also a plot to help locals near the Hawaiian volcano.

The organisation added: “A month after the 1935 eruption began, the lava pond at the base of Mauna Kea breached, sending a flow toward Hilo.

“For the previous two years, Jaggar had talked about using explosives to disrupt a lava flow that might threaten Hilo. He envisioned a land expedition carrying TNT to near the vent. 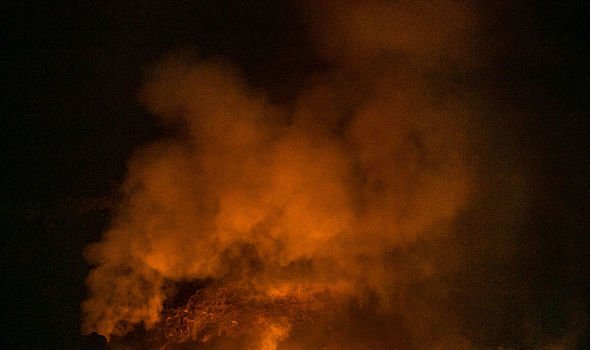 It was unclear how successful the 1935 bombing was, but US Geological Survey geologist Harold Stearns admitted he did not think the procedure was effective.

Despite this, Dr Jaggar said the operation saw lava flow slow from approximately one mile per day to 1,000 feet every 24 hours.

He added: “I have no question that this robbing of the source tunnel slowed down the movement of the front.”

Mauna Loa is one of five volcanoes that forms the island of Hawaii.

It remains an active volcano, reportedly erupting for the past 700,000 years.

There have been no eruptions from the volcano since 1984, but incidents in 1926 and 1950 destroyed villages and Hilo.