A Federal arrest warrant has been issued for the boyfriend of Gabby Petito, whose body was found in a national park in Wyoming, as police continue to search for him.

A federal grand jury indictment filed in US District Court in Wyoming alleges Brian Laundrie, 23, used a Capital One Bank card and someone’s personal identification number to make unauthorised withdrawals or charges worth more than $1,000 during the time when Ms Petito went missing.

It does not say who the card belonged to and the FBI did not reveal the nature of the charges. 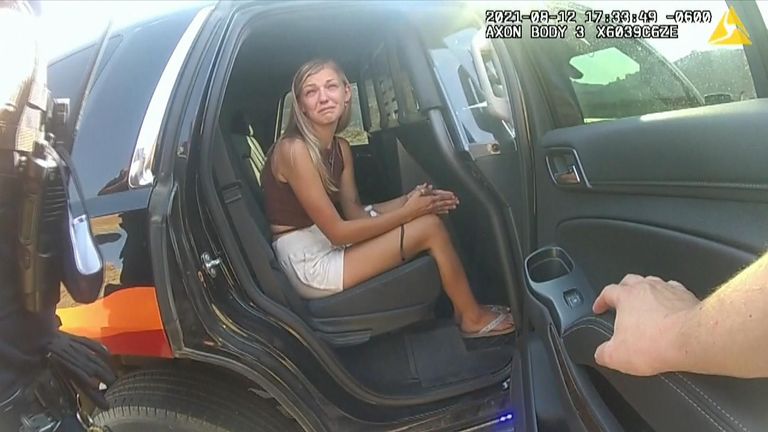 FBI Special Agent in Charge Michael Schneider said the warrant will allow law enforcement across the country to continue pursuing Laundrie while the investigation continues into Ms Petito’s homicide.

Laundrie has been named a person of interest in the 22-year-old’s death.

Ms Petito was reported missing on 11 September by her parents after she did not respond to calls and texts for several days while the couple visited parks in the West.

Her body was discovered on Sunday in the vicinity of a remote campsite along the border of Grand Teton National Park in northwestern Wyoming.

On Thursday searchers in Florida spent a fifth unsuccessful day searching for Laundrie in the wilderness preserve near his parents’ home.

The search at the Carlton Reserve park was set to resume on Friday, said Joshua Tayler, information officer with the city of North Port, where the park is located. It began after Laundrie told his parents he was going there, several days after returning alone on 1 September from his trip with Ms Petito.

The indictment says the unauthorised use of the debit card occurred from about 30 August to 1 September.

The case has garnered enormous public interest in the US – but also raised uncomfortable questions over the unequal attention given to the hundreds of cases of Native American and other minority women missing or murdered across the country.