Mark Di Stefano is alleged to have sat in on rival newsrooms’ conference calls detailing salary cuts and layoffs. 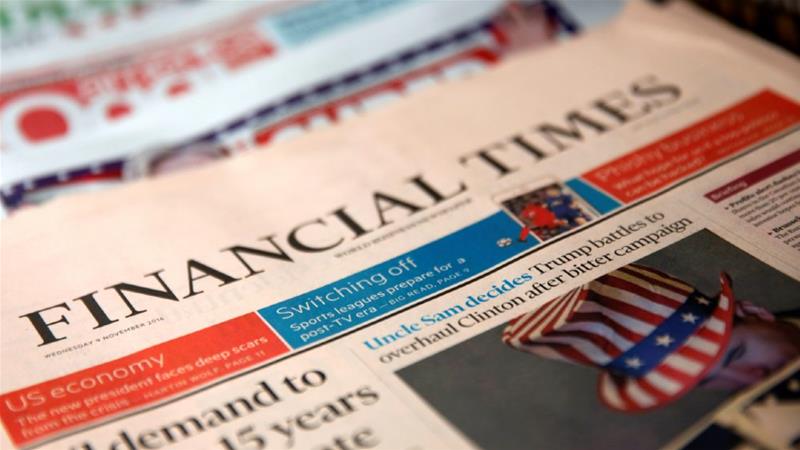 A reporter for the influential Financial Times newspaper has been suspended from his job after allegedly eavesdropping on rival newsrooms’ Zoom videoconference meetings and publishing stories based on what he overheard.

Mark Di Stefano, a popular figure on Twitter in the United Kingdom, is alleged to have anonymously sat in on chats hosted by both The Independent online newspaper and the Evening Standard, a London-based free daily newspaper. Both titles are based in the same building in Kensington, west London, owned by the parent company of the Daily Mail tabloid.

In each meeting, as bosses were laying out their paper’s reaction to dealing with the hits to their businesses due to the coronavirus pandemic – including salary cuts and staff being laid off – Di Stefano, a former BuzzFeed reporter, is alleged to have been live-tweeting details to his thousands of followers, The Guardian has reported.

The FT also published stories allegedly based on the eavesdropped accounts, sourced to “people on the call”. The Nikkei-owned broadsheet started looking into the details of the reports’ sourcing after The Independent brought its claims to the attention of bosses there.

Some on the call say the saw his name flash across the screen before he left the meeting, The Guardian reported.

Exactly how anyone would be able to access such calls without the Zoom meeting identification number, which is usually only given to those authorised to take part in such a call, remains unclear. It also has not been reported how many staffers were authorised to be in those meetings.

“We respect freedom of speech and understand the challenges of news gathering, but The Independent considers the presence of a third-party journalist in a staff briefing to be entirely inappropriate and an unwarranted intrusion into our employees’ privacy,” said Independent editor Christian Broughton.

“Our spokesperson had a full statement prepared for the press. Any interested reporters only needed to call and ask.”

The Financial Times did not respond to The Guardian’s request for comment.