Azerbaijan and Armenia trade blame over a new escalation at their border that killed at least four Azerbaijani soldiers. 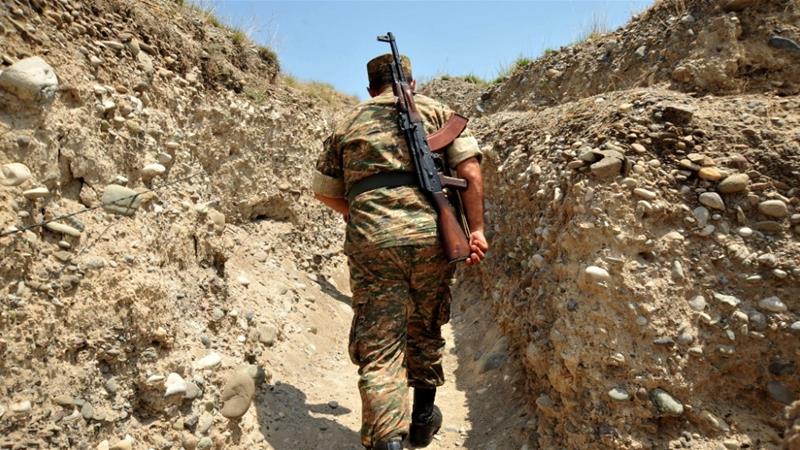 Four Azerbaijani soldiers have been killed as troops from Azerbaijan and Armenia have clashed on their border in a new escalation of their decades-long territorial dispute.

Three of the soldiers were killed on Sunday and one on Monday in the artillery fire that erupted on Sunday near Tavush region, Azerbaijan’s Ministry of Defence said on Monday.

The countries have traded accusations over which side started the fighting.

Armenian Prime Minister Nikol Pashinyan told a cabinet meeting that Azerbaijani “provocations will not be unanswered”.

Armenia’s Defence Minister David Tonoyan warned that Yerevan “will be reacting to Azerbaijani actions, including by taking advantageous positions” in their territory.

He said Armenian forces “do not shell civilian targets in Azerbaijan and only target the engineering infrastructure and technical facilities of the Azerbaijani armed forces”.

Armenia’s Foreign Minister Zohrab Mnatsakanyan discussed the crisis over the phone with the head of the Collective Security Treaty Organisation (CSTO), a Russia-led military bloc.

“Turkey will continue, with all its capacity, to stand by Azerbaijan in its struggle to protect its territorial integrity,” the ministry said.

All-out war between the two countries could drag in regional powers including Armenia’s military ally Russia and Azerbaijan’s patron Turkey, which compete for geopolitical influence in the strategic region.

Former Soviet republics Armenia and Azerbaijan have been locked in a simmering conflict for about 30 years over Nagorno-Karabakh, a breakaway territory which was at the centre of a bloody war in the 1990s.

The continuing clashes are far from Karabakh and are directly between the two Caucasus states, which happens rarely.