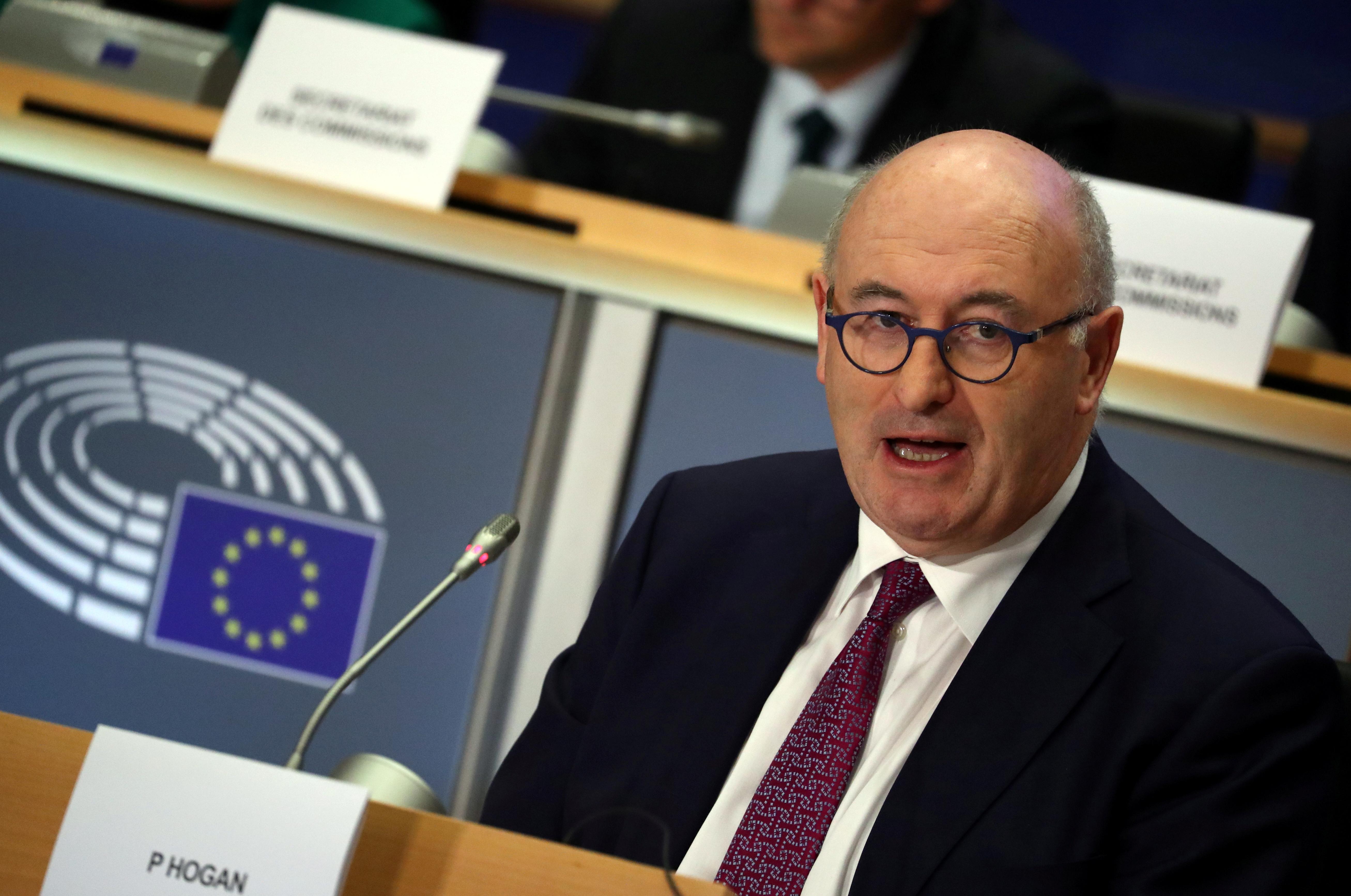 WASHINGTON (Reuters) – The European Union’s top trade official has canceled plans to visit the United States and Canada next week as concerns escalate about the fast-spreading coronavirus, two EU officials said on Wednesday.

EU Trade Commissioner Phil Hogan had been scheduled to give two speeches in Washington and meet in Ottawa with 12 other members of the World Trade Organization trying to work out plans to reform the Geneva-based trade body.

“The trip is canceled,” said one of the EU officials.

Hogan, who previously served as the EU’s farm chief, said last week that Washington and Brussels were taking slow, small steps towards a “mini” trade deal. He has made resetting strained EU-U.S. economic relations a top priority.

The EU official withdrew from a conference on transatlantic trade to be hosted by the U.S. Chamber of Commerce on Monday, along with White House economic adviser Larry Kudlow, and a speech on the EU’s ideas for reforming the WTO at Georgetown University on Tuesday.

Hogan also canceled his plans to travel to Canada on May 18 for a meeting of the “Ottawa Group” of 13 WTO members, including Australia, Brazil and Japan, who are seeking to craft consensus on WTO reform, the EU officials said.

The EU, China and 15 other WTO members agreed in January to create a temporary mechanism to settle trade disputes after U.S. moves to block the appointment of trade judges left the WTO with no mechanism to act as the umpire of global trade.

A spokeswoman for the U.S. Chamber said it would postpone the “Transatlantic Business Works Summit” after the withdrawal of key participants.