Rights group decries mass sentencing of defendants, who the court says belonged to a local affiliate of the ISIL group. 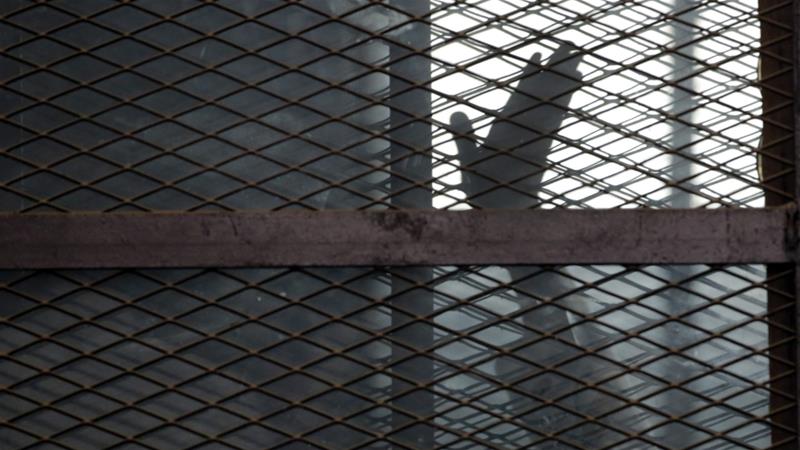 An Egyptian court has sentenced 37 people to death, including one the country’s most high-profile fighters, on terrorism-related charges.

The Cairo Criminal Court said on Monday the defendants were charged with belonging to a local affiliate of the ISIL (ISIS) armed group spearheading a rebellion in Egypt’s Sinai Peninsula.

Human rights observers have repeatedly criticised such mass sentencings in Egypt and called on authorities to ensure fair trials.

In response to the sentencing, Amnesty International urged the Egyptian authorities to retry the defendants in compliance with international human rights law.

“There is no doubt that those sentenced to death today have been convicted of serious crimes, including deadly attacks. However, the death penalty can never deliver justice, all the more so when it has been issued after a trial in which dozens of defendants say they were subjected to enforced disappearance and torture,” Philip Luther, Amnesty International’s research and advocacy director for the Middle East and North Africa, said.

“We are calling on the Egyptian authorities to retry the defendants in proceedings that comply with international human rights law and fair trial standards, without recourse to the death penalty.”

Those sentenced were among more than 200 defendants accused of carrying out more than 50 attacks that included killing high-ranking police officers and bombings that targeted the Egyptian capital’s police headquarters.

The charges include a 2013 assassination attempt on the Egyptian interior minister.

Among those sentenced to death was Hisham el-Ashmawi, a former army officer who was captured in Libya in late 2018 by forces loyal to Libyan renegade commander Khalifa Haftar, a close ally of Egypt.

A military court had separately sentenced el-Ashmawi to death in November for his participation in various attacks on government targets.

For years, Egypt has been taking on armed fighters in the restive northern Sinai area and the vast Western Desert.

The court also sentenced 61 defendants to life in prison and 85 others got sentences ranging from five to 15 years. Monday’s verdict can be appealed before a higher court.

For years, Egypt’s security forces considered el-Ashmawi one of the country’s most wanted fighters for his intelligence value.

Egyptian authorities linked el-Ashmawi, who is in his 40s, to several major attacks, including devastating assaults on security forces near Egypt’s porous desert border with Libya.