The US President’s bizarre post included boasts of great Americans harnessing electricity, inventing the telephone and the internet and winning two world wars. The tweet from the official White House account provoked widespread mockery for its hilarious historical inaccuracies.

Americans harnessed electricity, split the atom, and gave the world the telephone and the internet

The President said: “Americans harnessed electricity, split the atom, and gave the world the telephone and the internet.

“We settled the Wild West, won two World Wars, landed American Astronauts on the Moon — and one day soon, we will plant our flag on Mars!”

Even those with a rudimentary knowledge of history would be able to name Scottish engineer Alexander Graham Bell as the inventor of the telephone. 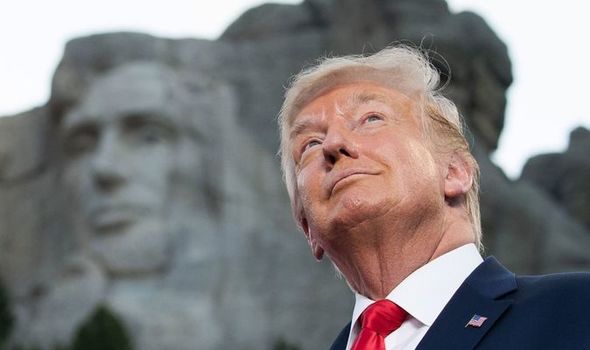 One social media user tweeted: “Umm Donnie…. Bell was born in Scotland and then became Canadian. He invented the telephone.”

British eyebrows were also raised over the President’s claims America won both wars.

And Mr Trump’s wild claim that America “split the atom” was also quickly dismissed in New Zealand – birthplace of Ernest Rutherford who was awarded the Nobel Prize for the scientific breakthrough.

The pioneering scientist carried out the feat at a British university but the achievement is so widely acknowledged as New Zealand’s his image appears on its $100 banknotes. 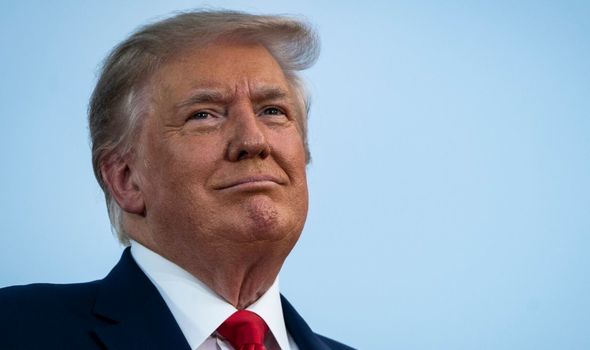 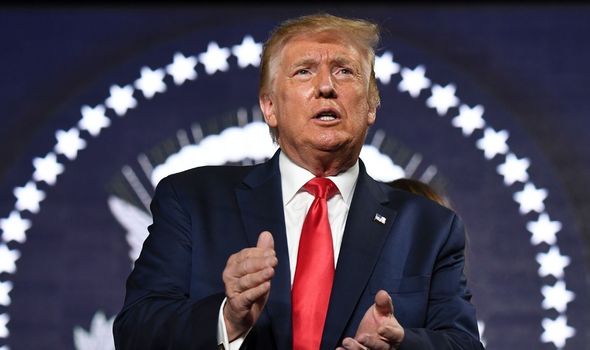 The falsehoods in the tweet provoked widespread disbelief, as he continues his daily campaign of accusing media outlets and rivals of spreading “fake news”.

Another Twitter user said: “The Internet is English, the phone is Scottish, electricity was harnessed by an Englishman, the atom was first split at the University of Manchester, you used Nazi scientists to put you on the Moon and you didn’t win two World Wars alone.”

Some on Twitter pointed out that Brit Sir Tim Berners-Lee invented the World Wide Web although Americans Paul Baran and Brit Donald Davies are often credited as founders of the internet, with Sir Tim’s earlier work leading some to describe him as a “co-founder”.

And the information superhighway that ultimately came to be the Internet we use today was developed on US soil.

The President did get a couple of things right: The US did land astronauts on the moon and has ambitions for the Red Planet.

NASA plans to put men and women on the Moon again by 2024, and will use that journey to map a potential journey to Mars. 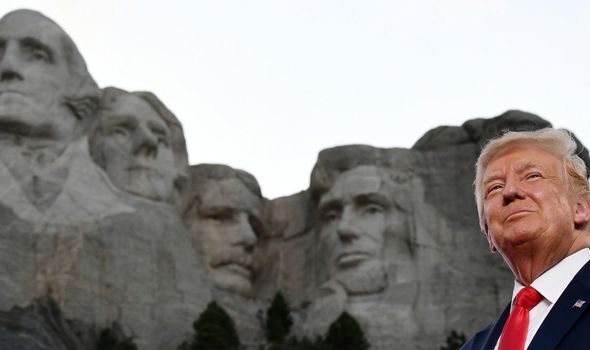 The extraordinary tweet comes as the White House steps up its rhetoric ahead of this year’s presidential elections and tries to tackle criticism about its handling of the coronavirus pandemic and Mr Trump’s response to the resurgent Black Lives Matter movement.

It follows on from a speech he gave at Mount Rushmore in which he told a crowd of supporters: “Angry mobs are trying to tear down statues of our Founders, deface our most sacred memorials, and unleash a wave of violent crime in our cities.