SANTIAGO (Reuters) – When the Chilean government announced a total quarantine last week for the wealthy eastern areas of capital Santiago where cases of coronavirus were most prevalent, Maria De Leon, a 31-year-old nanny, was presented with an unenviable choice.

“My employer called me and told me that I had three options: one, that I go to live at work for three months with the same salary; two, that I only work 15 days a month for half the salary or three, that I say goodbye,” she said.

When she tried to discuss the options further, her employer made the decision for her.

“She fired me and now I’m home, with nothing in my pockets and in the midst of this quarantine,” she said.

Across Latin America, where income inequality makes domestic workers more common than in more developed regions, the arrival of the coronavirus is forcing difficult decisions on those living most precariously, exposing holes in social safety nets.

In 2016, there were an estimated 18 million domestic workers in Latin America, more than nine out of 10 of them women, according to a report by the International Labour Organization. The vast majority of those workers were in the informal sector, without extensive labor rights, the ILO report found.

Chilean domestic workers unions say the ultimatum given to De Leon was not uncommon, as wealthier households across the country try to insulate themselves from the epidemic.

Luz Vidal, president of the Sintracap union which represents 500 domestic workers, said it had received many calls from colleagues presented with similar options.

“People were being asked to move in with their employer but they also have to look after their own families,” she said.

“These women generally live on the lowest rungs of Chilean society and do not have much education. Their chances of finding new jobs are not high.”

WHAT WOULD WE LIVE OFF?

In Brazil, Cleonice Gonçalves, a 63-year-old housekeeper, became the country’s fifth fatality from coronavirus, which she allegedly contracted from her employer who had recently returned from vacation in Italy.

Her death sparked a public conversation about class and privilege in Brazil, Latin America’s largest nation and its hardest hit so far, with nearly 4,700 confirmed cases and 165 deaths. People affluent enough to travel abroad helped coronavirus get a foothold in Brazil, according to health officials, who worry it will swamp low-income communities where people do not have the kinds of work that allow them the luxury of staying in quarantine or access to the best healthcare.

In Bogota, Colombia, Duver Marin, who works as a cleaner, said it did not matter to him if authorities fined him for violating a quarantine announced two weeks ago. His priority was making sure his family could eat, he said.

“I would follow the quarantine order but then what will we live off?” the 52-year-old told Reuters as he waited to board his bus last Thursday morning. He said he supports two children, a granddaughter, and his wife on his $200 minimum wage salary.

In Chile, which has had over 2,700 confirmed cases and 12 deaths, the first people confirmed as having the virus were two doctors who traveled to Italy and Southeast Asia. The first deaths, however, were in poor Santiago suburbs.

Middle-class Chileans have broadly observed an appeal for them to work from home by connecting to their jobs via computer but many nannies, housekeepers, gardeners and manual laborers have no option but to continue to show up for work, transiting the city by bus and metro.

There are at least 300,000 women working as “nanas” – as nannies and housekeepers are known in Chile – in private homes, according to Sintracap.

Yanneth, 55, a nanny, said she was relieved to move into her employers’ comfortable home in Santiago’s Lo Barnechea suburb rather than risking their health and those of her three adult daughters with whom she shares a tiny city-center apartment.

But Nancy Medel, 45, has not heard from her employer since last week, when she was told to stay home from her job as a childminder and bakery assistant.

“My employer told me she didn’t want me to bring the virus to infect her or her children,” she said.

“Now she is not answering my calls and I can’t get to work. This isn’t my fault, this is a global issue, but now I can’t pay my bills or for my daughter’s school.”

Vidal said employers had a moral obligation to keep paying domestic workers or at least keep their jobs open, and the government needed to play a stronger part in ensuring people were treated fairly.

The Chilean government has promised bonuses for hard-hit families and negotiated delays on utility bills to avoid people being disconnected.

The life of a domestic worker in Latin America was portrayed in Alfonso Cuaron’s Oscar-winning 2018 film “Roma,” set in Mexico City. In recent years, there has been a push across the region to defend and improve their rights. 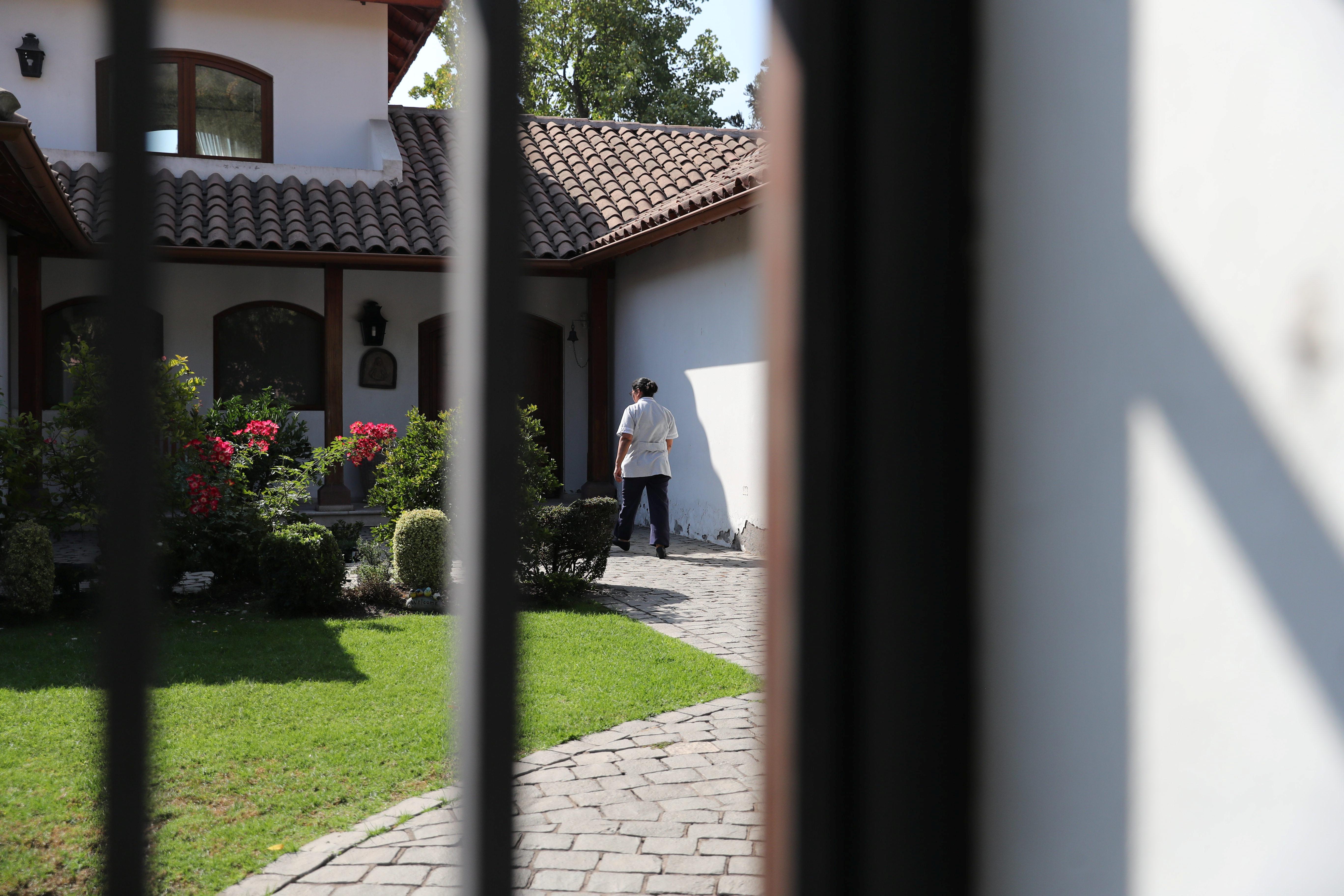 Katherine Martorell, Chile’s subsecretary for the prevention of crime, said last week that no one could be forced to stay in quarantine at their place of work.

“It’s up to the worker – if she doesn’t live at her workplace she doesn’t have to start, if she lives there and wants to leave and not go into quarantine there she can. The decision is absolutely hers.”