'Russia is at war with us' says ex-NATO Commander

The vessel was shipping intermediate oil products from Russia’s Taman port to New Orleans last week when it was stopped by US authorities. Russia has not yet been informed that the tanker has been detained, Reuters reported.

The ship departed from Russia in early June and intended to reach New Orleans by Sunday, the Wall Street Journal reported.

However, authorities reportedly prevented the tanker from discharging its cargo, which had been labelled as coming from Russia.

The vessel was reportedly bound for Valero refinery in the New Orleans region when it was stopped by US Customs and Border Protection (CBP).

The CBP is currently carrying out checks on the cargo to determine whether it is from Russia.

The US imposed sanctions on all Russian oil products following its invasion of Ukraine in February.

The tanker is owned by Greece’s TMS Tankers and was chartered by Swiss commodities trader Vitol. 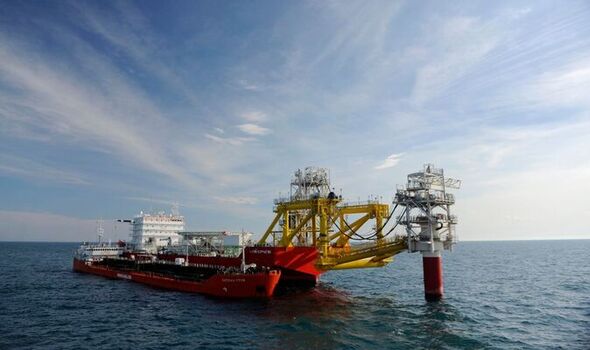 A spokesperson for Vitol said it was not carrying Russian oil products.

The spokesperson told Reuters: “I can confirm on the record that this cargo is not Russian origin.”

Vitol said it operates “in full compliance with all relevant laws and regulations, including sanctions”.

The company said it is complying with sanctions and will not enter into any new Russian crude and product transactions. 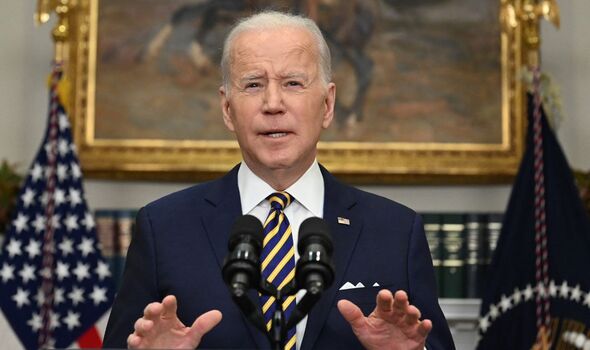 A source familiar with the matter said the ship was of Kazakh oil products, which travel on Russian pipelines but are not included in US sanctions.

CBP and the Department of Homeland Security have not commented on the incident.

The US banned all imports of Russian energy, including crude oil, refined fuels, liquefied natural gas and coal, in March shortly after President Vladimir Putin launched his invasion.

Announcing the move, US President Biden said: “We’re banning all imports of Russian oil and gas and energy.

“That means Russian oil will no longer be acceptable at US ports and the American people will deal another powerful blow to [President Vladimir] Putin.”

However, the US embargo does not ban oil and fuels that originated in other countries such as Kazakhstan and travel through Russia en route to an export market.

In addition to US sanctions on Russian energy and the EU’s partial sanctions that are being phased in, the oil industry has self-sanctioned by avoiding business dealings with Moscow.

Some have instead attempted to hide transactions with Russia, with some buyers reportedly trading oil marked “destination unknown”.

Some traders are also reportedly making ship-to-ship transfers of Russian oil at sea, which involves a Russian ship unloading oil to another vessel from a neutral party to mask doing business with the sanctioned country.